The Bass Rock (Rupestris Ambloplites, Constellatus Ambloplites), also know as, bulging eyes or red eyes is a species of freshwater fish in the sunfish family (Centrarchidae), the order Perciformes. They are similar in appearance to the smallmouth bass but are usually much smaller. Rock bass average is between 6-10 inches, and rarely more than a pound. 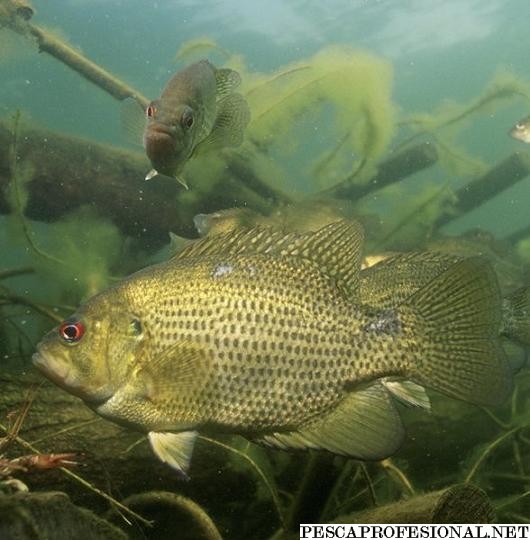 Native northeastern US. and southeastern Canada, Ontario and Quebec south through the Great Lakes region as far as possible a Tennessee Alabama. Bass Rock have also been introduced in other states, as some western states. They prefer small lakes, cool, weeds and streams and the outer edges of the Great Lakes, always on rocky bottoms (hence the name “roca” low) low bass =, in which no sediment is present, turbidity is low and coverage is very wide. They are fighters Scrappy but tire quickly. The flesh is firm, blanca, and it makes excellent eating. 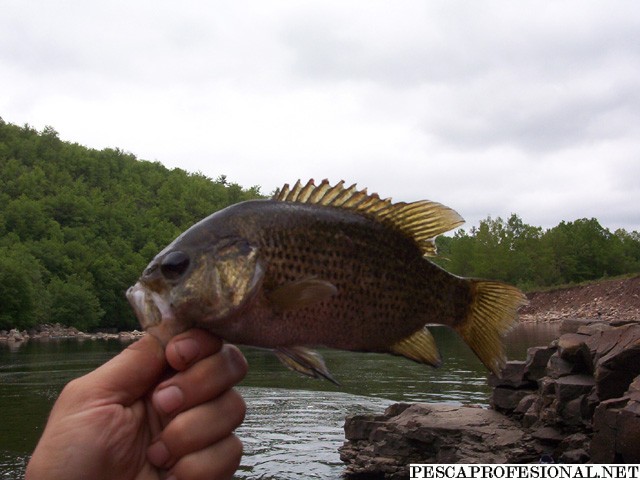 A. rupestris, The largest and most common of the Ambloplites species , It has reached maximum recorded length 43cm , and a maximum recorded weight of 1.4kg (3,0 pounds). It can live up 10 years. These fish have the ability to quickly change its color to match its surroundings. This is the chameleon trait that allows them to thrive across their wide range.

It is carnivorous and its diet consists of fish smaller, insects, and crustaceans.

Live bait fishing like Nightcrawlers is most effective for catching rock bass, although they are often caught during fishing lures Bass Bass =.