The European Chub (Cephalus Squalius), sometimes called the round chub, Chub fat, Chevin, Pollard or just “he” chub, It is a freshwater fish of the family Cyprinidae. Frequents both slow and rivers with moderate current, and calm waters and channels of various types. 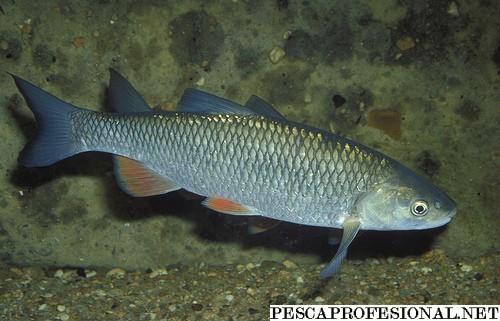 Unlike the European chubs, the Gorditos of America have a big head, large mouth with thick, fleshy lips and a white belly. Size and length vary depending on habitat.

It should be said that Cacho is everywhere. Indeed, with the exception of the mountain streams and some basins located at a considerable altitude, You can be found in virtually every other European inland waters.

Sometimes also present in water frequented by salmonids, In the lower parts of the torrents, in close contact with them.

He prefers the waters of the rivers of plains and lakes, but also it adapts to channels, the ponds, and many closed basins but with a certain purity water.

Trancurre much time on pebbly and sandy bottoms and introduced like behind submerged vegetation that breaks the flow of water. 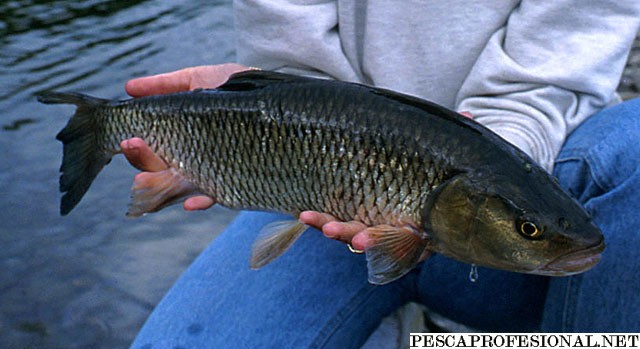 On feeding it is hard to say what you eat chub,since it is practically omnivorous, perhaps it can be said that this is preferably cyprinid zoófago and insectivore, also rejects aquatic weeds.

It takes its food both on substance and midwater or on the surface, either in the current or in completely calm waters; reaches grayling and move like a jump as a trout.

Among the most common food of this fish, They may be mentioned: larvae,worms,frogs,insects,molluscs,crustaceos,pececillos,began,moss,fruit,seeds,grains of diverse nature and plant residues. 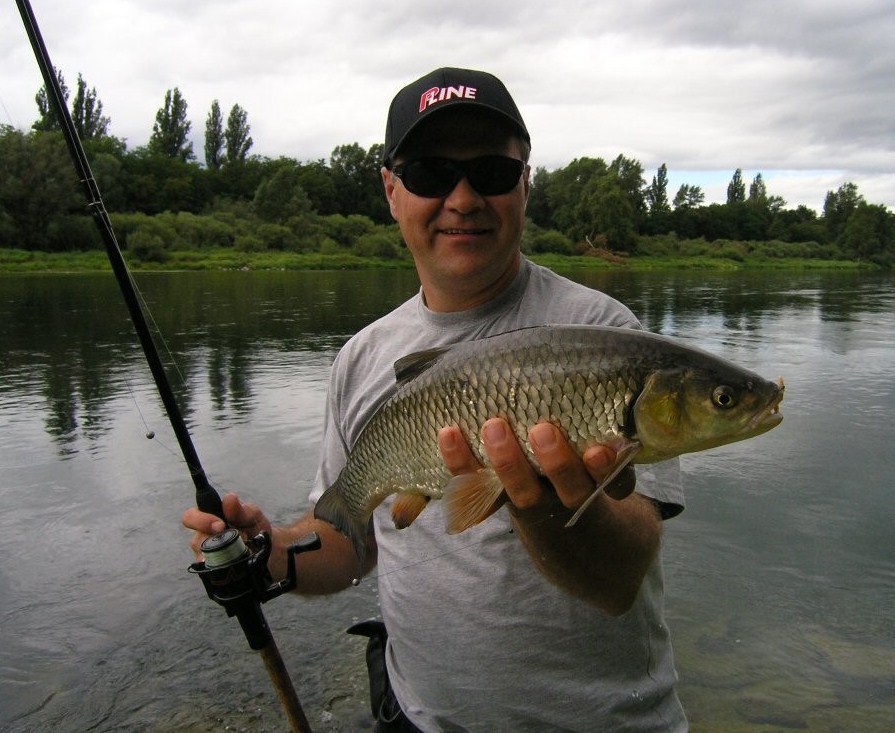 It's a pretty gregarious fish;rarely is isolated, and only if it has reached a considerable size, usually in groups , sometimes many individuals in the margins of the streams having the same shortcomings as trout. 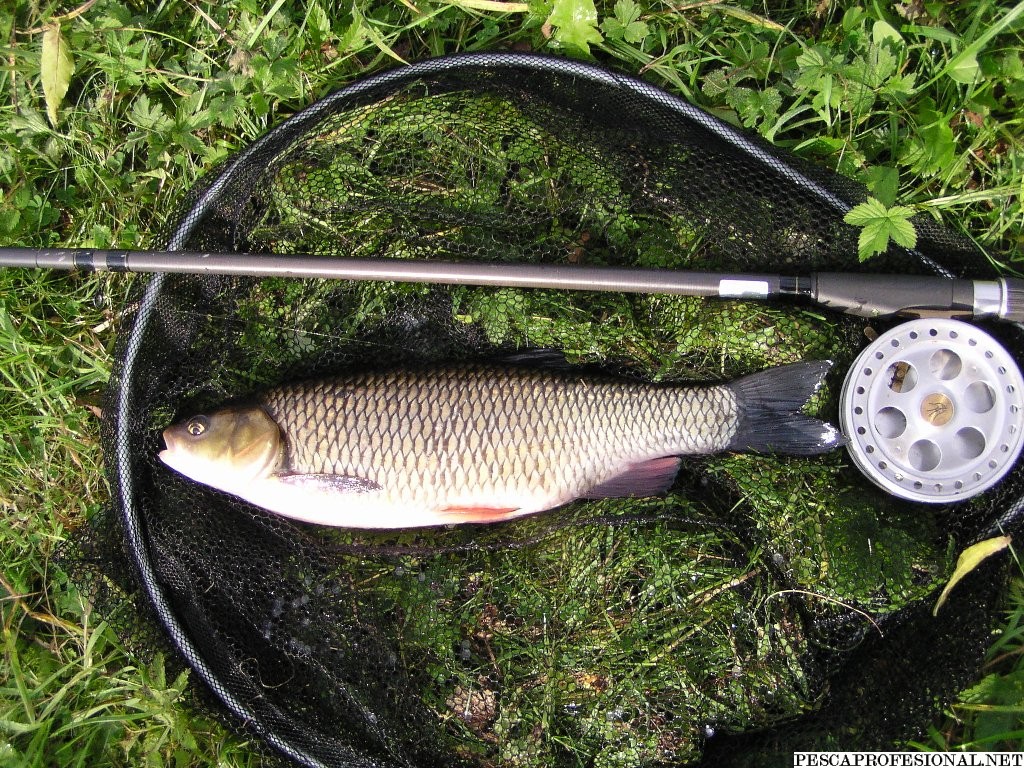 The chub is a fish that feeds throughout the year and can be fished with all fishing methods as: float,at the bottom,with fly,a teaspoon and Devones etc. 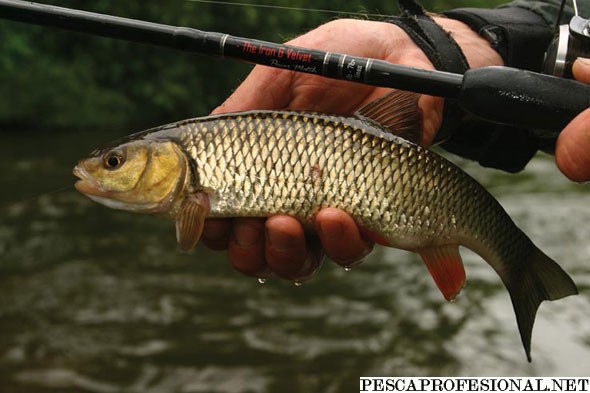 Since the beginning of the first frosts in late autumn to spring,chubs are located more towards the bottom and remain active during the middle hours of the day, from eleven in the morning until three p.m.; late spring and throughout the summer remain closer to the surface and develops most active at dawn and into the sunset.

Registration British fishing for chub broke in May 2007 when Steve White, He grabbed a copy of 4.2 kg (9.2libra) 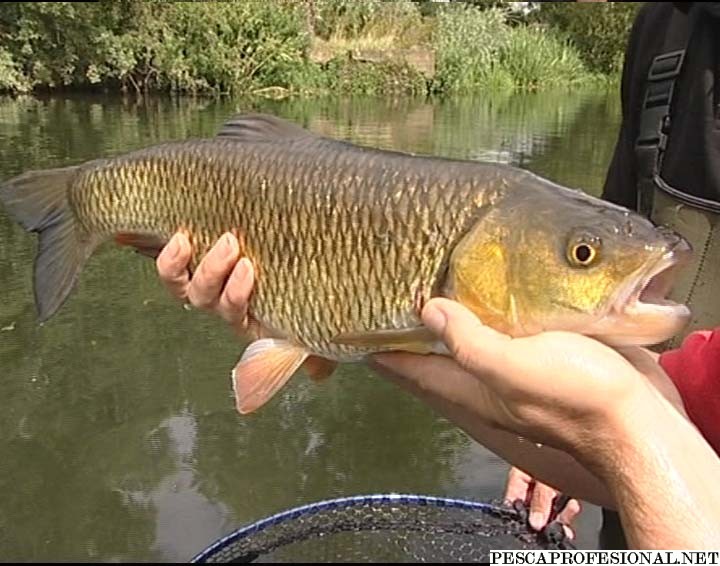 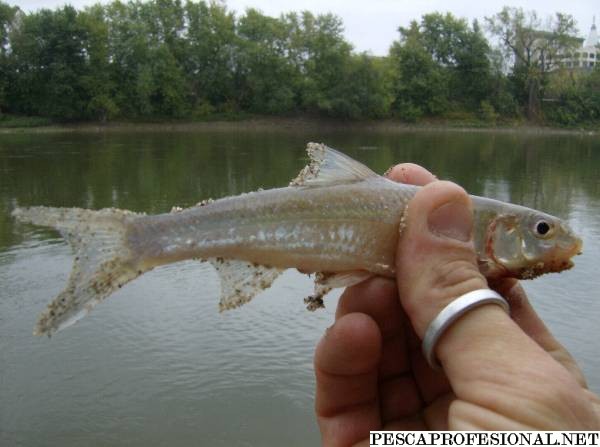