The difference between the mirror carp and common carp is both genetic and visual – They are biologically similar. Mirror carp was the first mutation of common carp, because two alternative genes, S allele and the allele N. Gene expression is a mirror carp “ssnn” (all under). The common carp has a scale pattern yet, regular, while the mirrors have climbed irregular and uneven.

This lack of scales believed to be devido they were monks who handled the, to facilitate their preparation time eating them.

It differs from the common carp by large scales that cover his body. The number of scales is not constant,since there are few specimens have rather large plates and others that are smaller and more numerous.

it depends, partly, age and dimensions of the specimen so that the classification of this tent can not be based on the number of scales.

In some individuals are limited dorsal scales profile, while others are extended to the tail and sides.

The shape of a tent mirror is different from a common carp. the mirror tent usually has a more complete and more rounded.

Colors in a mirror carp depend on water in which they live.

Those living in gravel bottoms can be almost black; those found in mud funds, They can be light gray or brown with large red areas / orange / gold color.

It has the same habits as the other family members, frequents the same places, It is fed in the same manner and with the same foods.

Withstands much less cold, but better it supports environmental problems.

THIS BIG TENT ROYAL EXEMPLARY was netted by Juan Manuel Vargas ROMERO OF THE CLUB “CARPFISHING PEDROCHES”(CÓRDOBA), IN THE SIERRA BRAVA RESERVOIR.

Congratulations on the catch and release of this extraordinary specimen. 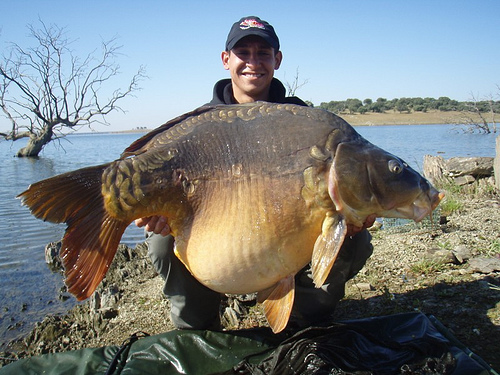 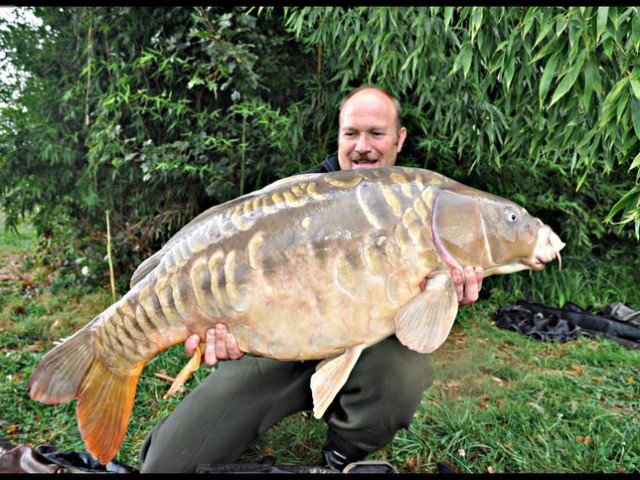 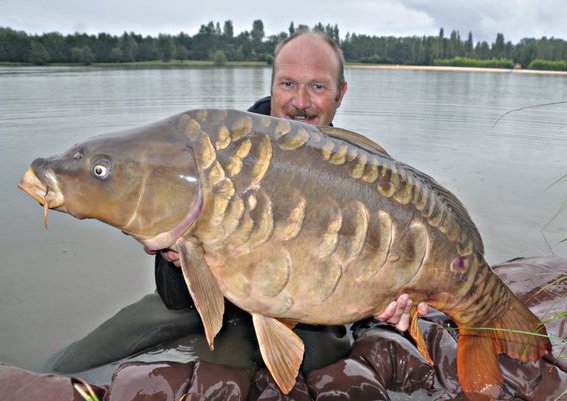 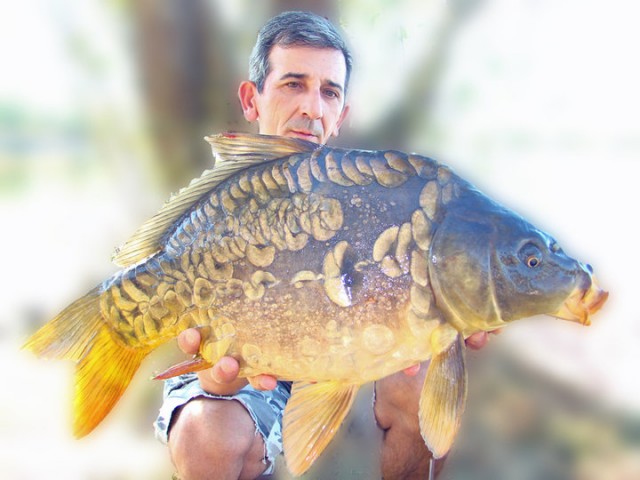