The escardino (Scardinius erythrophthalmus) actinopterigio is a fish of the family Cyprinidae. Es dulceacuícola, habits of pelagic and benthic.

Widely distributed: natively it found in Europe, much of Asia, and along the northern seas, Baltic, Black and Caspian and Aral. It was introduced in Ireland, U.S, Morocco, Madagascar, frock, New Zealand, Canada and the Iberian Peninsula. It is considered a potentially invasive species. His condition is good: It is not threatened. 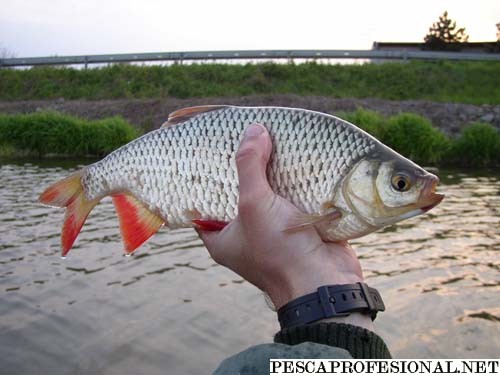 It is small-medium sized to be a cyprinid. In the Iberian Peninsula usually does not exceed 3 dm but can reach up to 5 dm length and 2 kg. Exceeds has a mouth, without barbels. The body is laterally flattened and dished area in the cephalic.

The overall coloration is plated with the base of fins deep red, almost scarlet. It has a reddish-orange halo around the eye. Lateral line has around 40 flakes. Bred in captivity, TURNS general appearance golden brown. 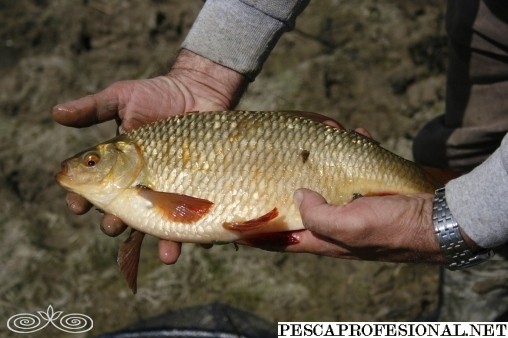 He lives in rivers and lakes, at the interface benthic and pelagic, although in winter it tends to increase the depth of their preferred habitat. It requires abundant submerged vegetation.

It is an omnivorous species, which it feeds both higher plants and algae and aquatic insects and their larvae, While the most common use is to macrophytes, especially in adult individuals. You can live in polluted and brackish waters and there are also some anadromous stocks.

It is played between April and June in the Iberian Peninsula;this seasonality, and the age when it reaches maturity, It varies with latitude. Most often than males become sexually mature between one and four years, and females between two and five. Oviposition occurs in late spring and summer, when water having a temperature of 16 °C. 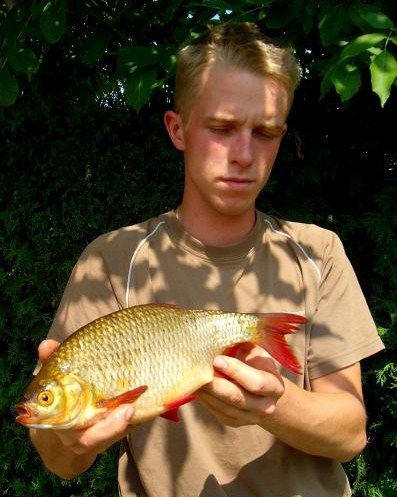 Your herbivore nature can alter the ecology of the habitats in which has been introduced, since it reduces the plant biomass available for other species, addition to possibly vary the species composition of such habitats. However, alterations have not been described in the local fish fauna in places where the species has been introduced. It is assumed that such introduction was made in order to increase the interest of sport fishing.

You may fish with a variety of baits like carp, pan,often,maggots,etc. in all modes and the coup, English fishing,bolognese and also you may be tempted to fly fishing.

happy wheels
MUSKELLUNGE TIGRE IF AS A OTRO CATFISH CATFISH