Description: It has an elongate tail with silvery scales.

Behavior: It is a gregarious fish that lives in banks;the biggest hold them something apart from the rest. 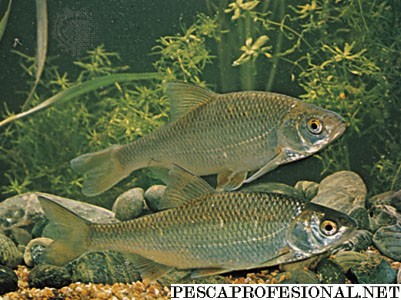 Rutile has a non-keratinous exoskeleton of several layers and a 100 micron thick, It consists of connective cells. This epidermis has glands, but there glandular cells that secrete a mucus that protects fish scales. Scales protect the rutile as an exoskeleton.

Rutile has a head with two eyes, nostrils blind (sac on one side) They do not open into the mouth like other fish. Rutile also has a "lateral line" along the side, It is running from end to end of the body. This line of special scales is equipped with holes connecting the outside of the body to the nervous system, allowing detect nearby movements collecting small variations of longer wavelengths in water, caused by movements of other creatures. 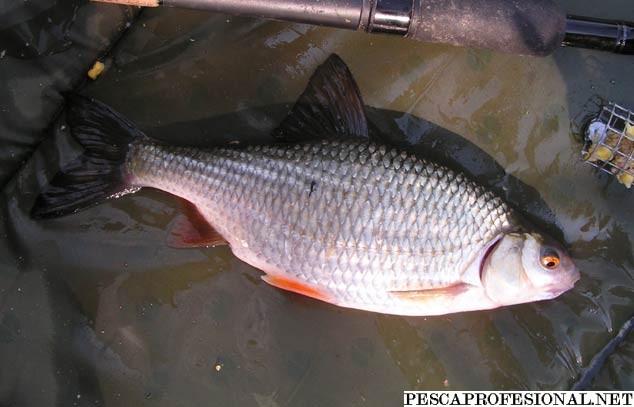 Rutile has an aerodynamic shape, It is four times longer than wide. Two types of fins are noticed:

unpaired fins, They include the dorsal and caudal fins.

paired fins, They are forming symmetrical pairs, They include pelvic fins at the rear and at the front flippers.

The first give the fish stability in water. The latter are used for guidance.

Rutile has four pairs of gills arranged on both sides having a hair whose function is to keep out foreign particles. Galls form a V arrangement. there are also openings in the guts that are used as heat exchange surface to extract oxygen from water.

The heart is next to the gills, allowing blood to be pumped through the gills with considerable pressure. The circulatory system is in other respects quite simple. Deoxygenated blood through the heart only once. 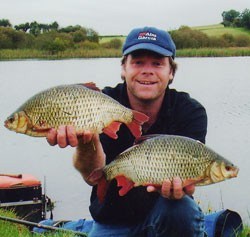 Rutile fishing on the island of Great Britain is relatively easy because the species is found in most of the rivers, lakes and ponds in the country. Larger individuals tend to be particularly elusive, but smaller are easy to capture relatively light rod and a bait such as maggots(fly larvae) or worms. Also trap baits like corn and can be caught in different ways. The only limits are the size of bait. Overly large usually they avoided because the rutile can not swallow.