The megalodon dominated the oceans for seventy million years, It was like a great white shark twenty meters and thirty tons, and it was equipped with sensory cells able to detect the faint electric field of the movement of the muscles of their prey hundreds of kilometers away. No doubt that was the supreme planet hunter during the Miocene and Pliocene (He made between 25 Y 5 millions of years). 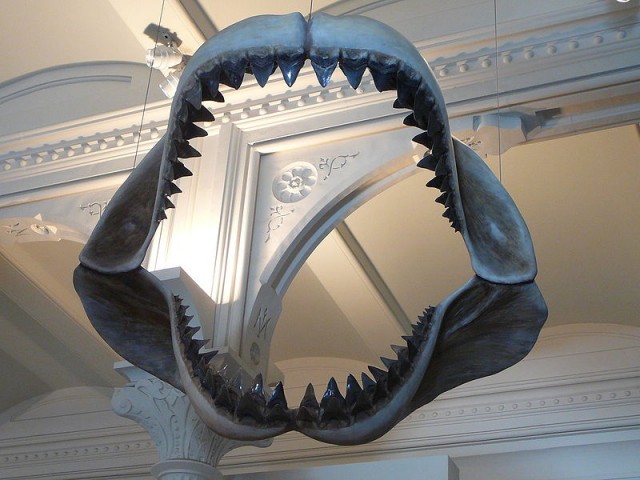 Some species of sharks have a quite respectable size. Fortunately, the two largest species, the whale shark [Rhincodon typus] and peregrine [Cetorhinus maximus], fish are filter feeders, only planktivorous, so they are harmless to humans. The whale shark reaches twenty meters long and twenty tons; confirmed the maximum length basking, which can weigh up to four tons, It approaches ten meters, although specimens have been reported up to fifteen meters in length. 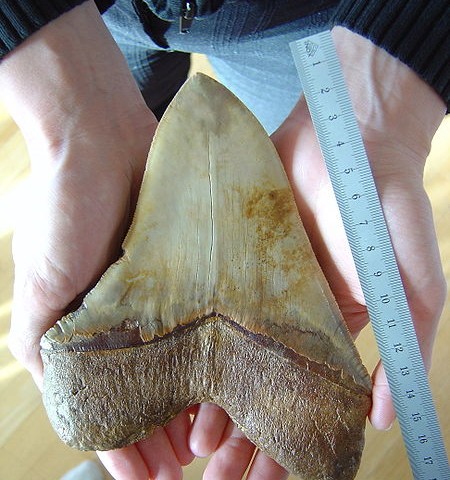 The largest carnivore living is silky shark [Carcharodon carcharias]. Although also called white shark, it is actually bluish gray; only the ventral region is white. The shark may exceed seven meters long and weigh more than three tons. But even this small shark would stay beside the Carcharocles megalodon, a fossil species known only by his teeth, up to twenty centimeters long, triple shark teeth, and some vertebrae. It has been estimated that this shark could reach fifteen to twenty meters in length and weighing thirty tons. Recall that the Great White has an average size between 4 Y 7 meters in males, although there are indications that they could reach 10 meters, Megalodon Fossils (teeth only because of its resistance to the passage of time) It indicates that there might have been copies of Megalodon 24 meters and fifty tons.

Is there even the Megalodon?

The aviator and sport fisherman Pierre Clostermann, in his book “Fish so big” (1969), reports, without citing its sources, an interesting event, allegedly occurred in 1954: During a storm off the coast of Timor (Indonesia), Australian sloop Rachel Cohen suffered a violent clash. Back in Adelaide, when they went to perform repairs on the ship in dry dock, They were embedded in the wooden keel, forming a semicircle of almost two meters in diameter, Seventeen shark teeth about ten centimeters long and eight base, up to the propeller shaft, I was twisted. Very often reflections of boat propellers attract the sharks; which attacked the measure was Rachel Cohen, according to the Australian ichthyologists that, according Clostermann, They examined the boat, twenty-four meters in length. 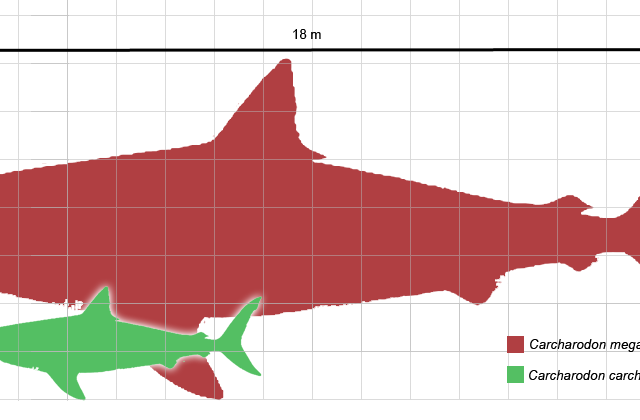 The actual existence of Carcharocles megalodon, or other species of shark Giant, may explain the sporadic observations, mainly in Australian and South African waters, huge white sharks of more than twenty meters long. Some of the witnesses have been experienced sailors or fishermen, so the confusion with other known species of sharks, as whale shark or pilgrim, It is unlikely. On the other hand, it seems unlikely that a coastal predator (as it was supposed Carcharocles megalodon) so great has gone unnoticed for so long. 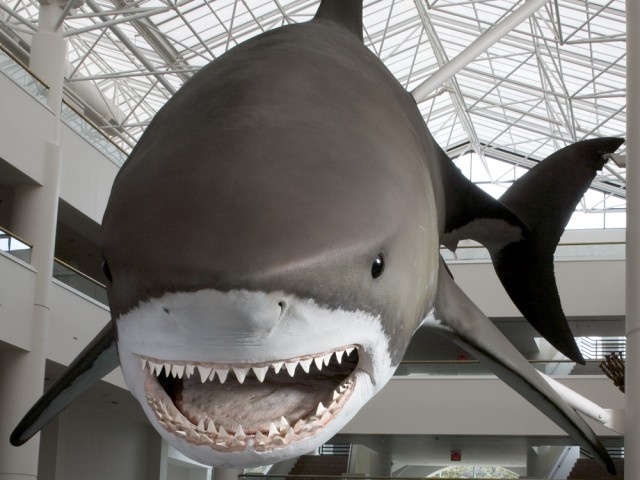 Since fish grow throughout their lives, those huge sharks could simply be copies of silky elderly; Nevertheless, unlike them, They described them as completely white.

Megalodon is only known by numerous fossil teeth and some vertebrae and partial skeletons in the Caribbean, Gulf of Mexico, Florida – Peace in river sediments, near Arcadia, or the mouth of the Suwannee River or the Morgan River in Sur.Los Carolina teeth are similar to many current white shark aspects (Carcharodon carcharias), but with a size of about 17 cm long approximately, so it is usually considered the existence of a close relationship (and probably, Also like appearance and behavior) between the two species. Nevertheless, Some researchers believe that the similarities between the teeth of both animals are the result of a process of convergent evolution.

In 1995 it was proposed to relocate the species to a new genus, Carcharocles. Today's date, the issue has not been fully resolved. Many paleontologists are inclined today by the name of Carcharocles, While others (especially specialists in marine biology) They maintain their connection with the great white shark and include both animals in the genus Carcharodon. Carcharocles advocates believe that the most likely ancestor of megalodon was Eocene otodus, while white shark Isurus descend from hastalis, he “wide-toothed mako” Miocene.

There is a theory that adults megalodones preyed on whales and became extinct when the polar seas became too cold for sharks, allowing whales were safe from them during the summer. The megalodon shark tooth was the size of a hand and the white shark the size of a finger.

The most sensible estimates of the size of this creature ranging from 12 Y 15 meters. Previous reconstructions with lengths could reach 30 meters are generally regarded as inaccurate. 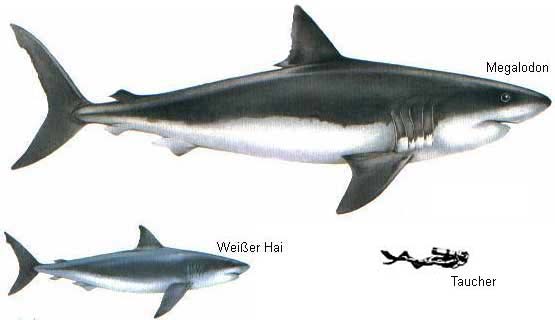 The alleged survival of a population of Megalodontes has been the argument of several fiction novels, many of Steve Alten, as well as some films like Shark Attack 3: Megalodon, Shark Hunter or “Threat under the sea”.