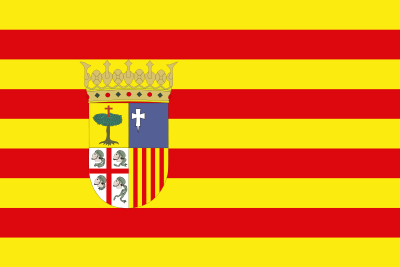 Mequinenza reservoir or sea of ​​Aragon is a reservoir of river Ebro located in the province of Zaragoza (Aragon, Spain). 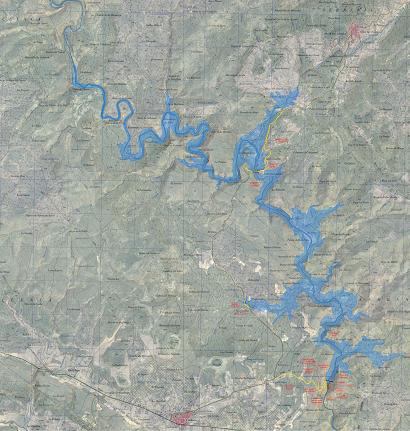 Build in 1966, Mequinenza Reservoir Damming the Ebro river from the dam of Escatron to the dam of Mequinenza, a surface 7.540 sheet has water, It is the largest reservoir in Aragon. Its volume reaches 1.530 hm³, dedicated to the production of electricity. It has a half width 600 m and depth can exceed 60 m. The dam, from 79 m high, it relies on the limestone foothills of the Sierra de Montnegre and La Huerta, in the municipality of Mequinenza.

The reservoir receives the name geotourism Sea of ​​Aragon, being the entire surface within this region, serving on a stretch of provincial boundary between Huesca and Zaragoza. Inundates the towns of Mequinenza, Caspe, Chiprana, Sástago y Escatrón. Coastal populations are Chiprana and Caspe, located in the region of Aragon-Caspe, and Mequinenza, in Lower Cinca.

At times the flow rate of low ebro high, practically you can not be practically appreciate stones forming the waterwheel, This is the time that bullheads advantage to overcome these stretches of river.

At the bottom of the picture we can see the towers of a power plant combined cycle electric endesa. 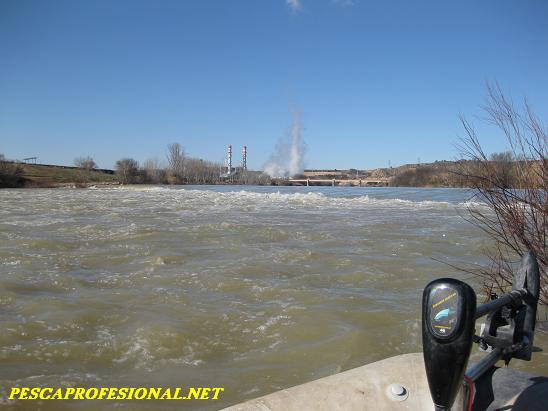 The climate is continental, dry with low in winter and high temperatures in summer. Receives over 2.600 hours of sunshine each year, It is scarce and irregular rainfall, and rarely as snow. Annual evaporation, smoothing climate, It is 80.000 million liters.

The landscape presents clear contrasts, from areas near Los Monegros arid moors -quite, steppes and secanos- to areas hosting small pine forests and scrubland peppered coscoja. There is also an extensive olive groves and orchard irrigation. They cut and are abundant riparian forests are home to numerous animal species of interest. Rather it may be that the cause of deforestation is not the invincible armada, that regrouped in Lisbon with 130 ships available, hasty construction but subsequent fleets.

As far as regards the Ebro basin, It is known that the formation of the delta is due to the gradual deforestation and this began many centuries before Philip II.

Best timber to lower the Pyrenees, in nabatas by rivers Aragon, Gállego, Cinca, Nogueras, Segre ... had to wait for the mayencos (May floods). If there has been urgency of wood at specific moments in history, They would have to settle for the gnarled oaks and junipers never very large from the nearest land to the Ebro to remain without roturar, as Bardenas Monegros, with big problems carrying.

The construction of the dam of Mequinenza, concession to the company ENHER integral hydroelectric development of a stretch of the Ebro river 1955, He gave rise to this great reservoir whose length is about 110 km and has a “interior coasts” about 500 km. The water depth in the peak is 121 m. It was dammed for the first time in December 1965 when they flooded 3.500 ha of orchard. It had to demolish the population of Mequinenza, causing the construction of a new town, and the march of hundreds of people mainly to Barcelona and Zaragoza. 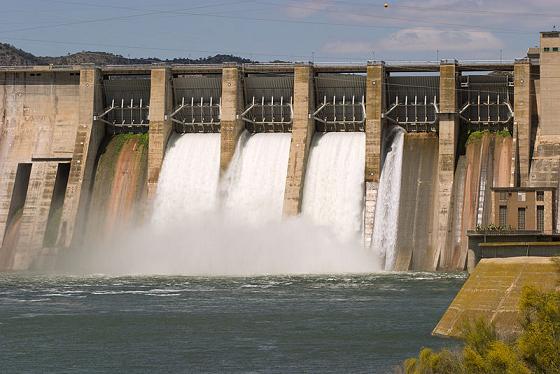 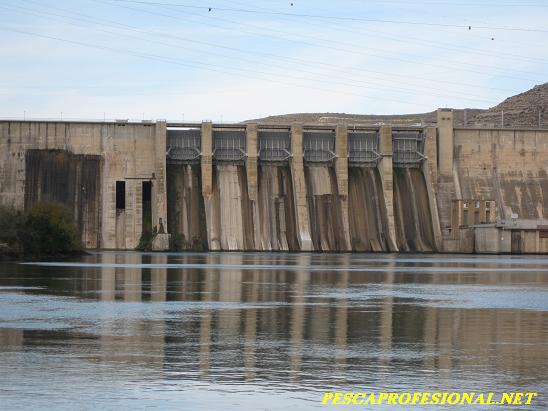 The river ecosystem of the reservoir is quite balanced. Face very prolific fish such as common carp and alburno, there are some predators such as catfish-the largest fish in inland waters in Europe- as well as the black bass,walleye and perch lately introduced sun and perch fluviatilis both them voraciously. 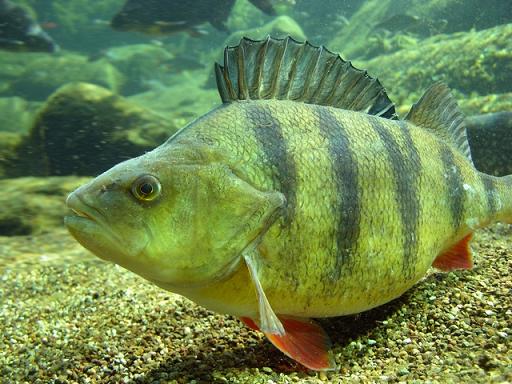 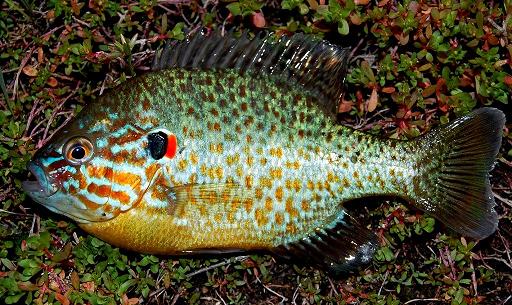 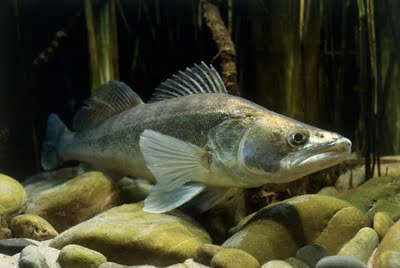 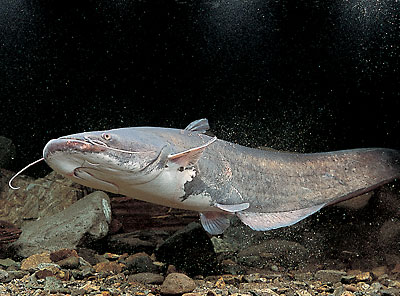 Also can be found terrestrial predators such as herons, martín pescador, martinete and mallards. Almost all these species are artificially alóctonas -introducidas so what has caused the disappearance of certain native species as somormujo lavanco. Among vertebrates linked to the river environment remains the Iberian galápago. 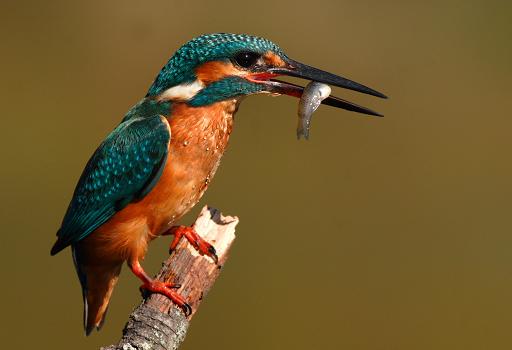 In recent years it has mushroomed zebra mussels in the reservoir of Mequinenza. A native of the Caspian Sea and the Black Sea, It has successfully adapted to the new habitat and is a real pest. In agriculture have been affected pipes used for irrigation, sealed by the enormous proliferation of these molluscs. 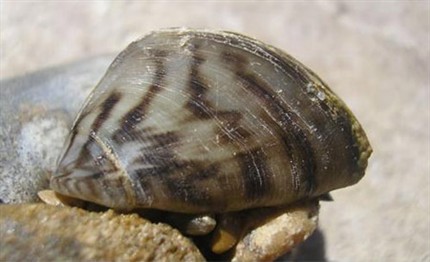 As for the flora, predominate on the banks of tamarisk and small forests, in the last sections of the reservoir, Aleppo pines abound that reach down to the shore. There are also areas of reedbeds and artificial plantations of white poplars, and small forests of cottonwoods. Tomillos, gorse and broom bushes as complete ecosystem flora. 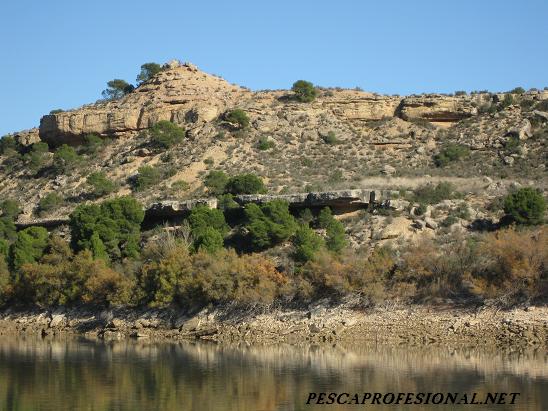 Fishing is probably the biggest attraction for visitors to the Sea of ​​Aragon. From the beginning it was understood that the dam of Mequinenza was a powerful tourist attraction and societies fishermen rushed to organize their activities. In 1965 They were released 20.000 largemouth bass and fingerling 175.000 royal carp fry. It was the beginning of the great wealth of fish today; it is thought that the reservoir contains more than 50 million fish. Thus, Not surprisingly held not less than 30 competitions a year, highlighting the National Fishing Championship and the National Competition Cyprinids “Autonomy of Aragon”, within traditional arts and several international championships for fishing “black bass”.

Alongside traditional fishing cyprinids sport grows and the black bass tech. A carp fishing, carpín y alburno, the most abundant species and the most fished, has also incorporated the catfish-introduced illegally in Mequinenza in the spring of 1974-, copies being captured more than fifty kilos.

As for the “black bass”, the first copies arrived in 1960, Today being the hallmark of the city of Caspe, considered the European capital of “black bass”. Fishing for this fish, from boat, is made with artificial lures and many international fishermen come to this lake to practice. So, during the first weekend of October the International Championship of Black Bass Fishing takes place, the pretigioso among all those held in Europe. 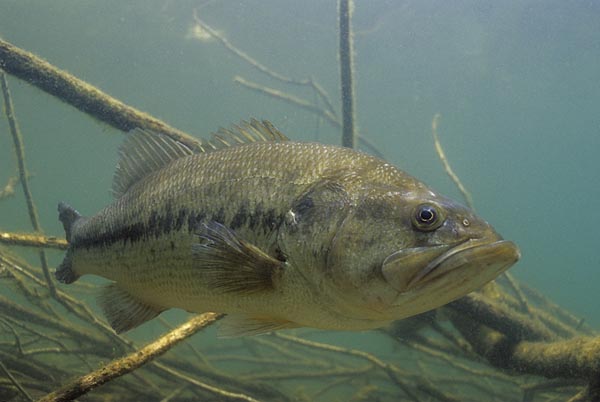 In the environment of the reservoir Mequinenza there a hundred archaeological sites and various Roman mausoleums such as Fabara, Chiprana and Miralpeix. The latter was moved in 1962 to its current location in the city center Caspe because of the construction of the dam. Other points of interest are the Cistercian monastery of Our Lady of Rueda and medieval castles Mequinenza and Nonaspe, as well as a network of towers curious signs of the Carlist Wars. 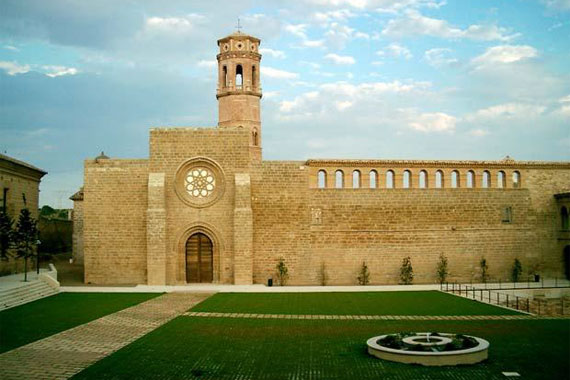 Nor should we forget places strong environmental value as Chiprana lagoons and Savory or Los Monegros Bujaraloz. 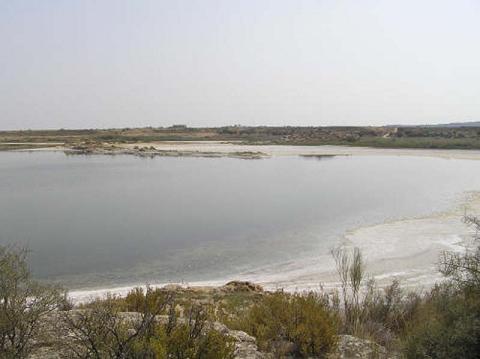 A SALUTE TO FRIENDS FISHINGPROFESSIONAL