Vulgarly despised by his “proud” appearance, Arming is a fish that gives tough fight fisherman uses light equipment. His pique is frank and determined when taking bait and once waged the struggle is strong and powerful presenting tough battle to fisherman and his team. 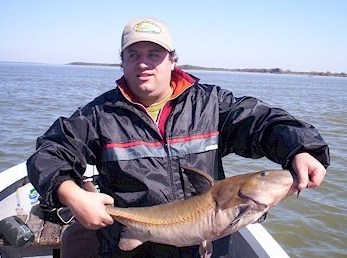 In the Rio de la Plata – Parana River there are three varieties of Armed: the oxydoras kneri is the 'white Arm Armed or pig', Ptedoras Granulosus is the scientific name of 'common armed or arming Yellow’ and Rhinodoras D'orbignyi is called the Armed known as 'Marieta', the smallest of the three species. All three belong to the family Doradidae, Greek Doras, means hide or skin. The head is generally very ossified them, three pairs of chins. The dorsal and pectoral have a radius strongly ossified, generally sawing. White muzzle armed or armed chancho is prolonged and ends in characteristic thick lips, with short barbels. Armed appears common throughout the Plata Basin; their presence is recorded between October and March. Armed Chancho is perhaps the most sought after because it is the one that reaches larger specimens being common 2 kilos and you can find some that exceed three kilos. 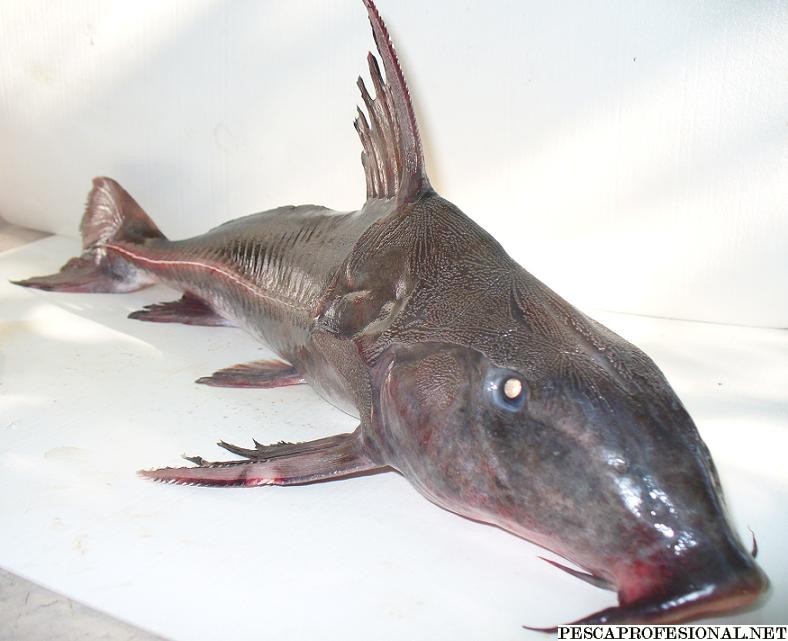 With this fish must be very careful when handling it because in its back and sides has a row of spines that can hurt sawed the hands of unsuspecting fisherman. Therefore we recommend that when lifting it with a cloth take, gloves or forceps.
Given that these bones are the natural defenses of the fish should not be cut if it is to return the fish to water. Arming is a true collector of waste from the river bottom and eat almost any organic matter that is put at your fingertips. An analysis of the naturalist Holmberg on the viscera of several specimens showed snails, corn, fish, rags to a shoe cleat.

Therefore when choosing bait we can say that any kind goes well for the Armed: chicken gut, shad guts, bacon bits or worms are equally effective. Those with more experience in fishing Armed ensure that the best is the sandwichito black crust slathered with mustard bread. Entrerriana in the city of Santa Elena, where every year takes place the fishing contest Armed, We have seen that the local fishermen use a type of black bread muffin “miñoncito” parted in the middle and slathered with mustard. 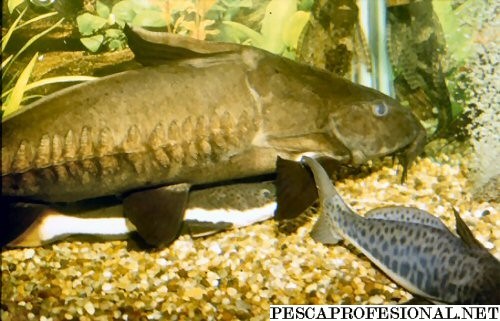 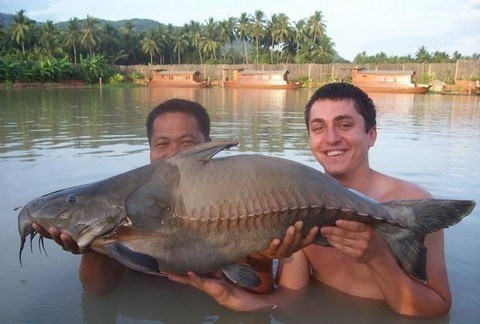 The recommended board equipment is a fishing rod 2,20 m. and reel loaded with nylon 0,35 al 0,40, hook line and sinker a simple sliding or fixed. From the coast, cane 3 a 3,50 m. and front reel with equal loading of nylon, sinkers 100 a 150 g and single line of a long leg hook with ganging 70 cm, it will be enough to fight evenly with the species. When you are fishing in rivers and channels much correntada, should pull at an angle of 30 degrees to prevent the action of the current detach the bread we use bait.

YOU HAVE TO CONSIDER THAT THE PIG IS ARMED NOCTURNAL HABITS.

That means that during the day is more active when the waters are taken or riots.

You can fish with fish pellets tablets, frozen shrimp, meal worms and molluscs. You can also try different fruits like bananas.