The biggest cod Murray was never officially registered 183 cm, 113 kg (6 pies, 250 pounds), although there have been unsubstantiated allegations for larger fish.

Unfortunately, excess pressure from recreational fishing has led to a serious lack of large fish, mature breeding in natural populations with an almost total absence of year classes above 50 cm (the minimum legal size of fishing) throughout its range. 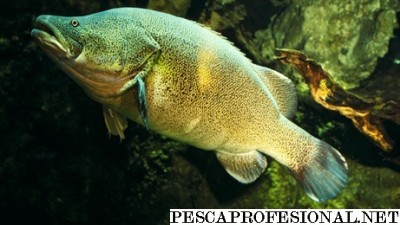 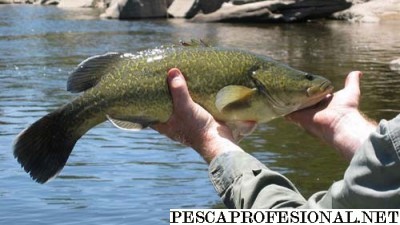 Murray cod biggest increase in size, in weigh, of length – large specimens are wide at the head and shoulders and strongly built.

Murray cod habitat varies greatly, from very small clear mountain streams, rocky and on the high slopes west of the Great Dividing Range Large, meandros, and often in rivers in the alluvial lowlands of the Murray-Darling Basin.

It should be noted that Murray cod are not only the inhabitants of the lowlands come from the Murray Darling Basin, as commonly believed. Murray cod that had, and in some cases still they have a significant presence in the highlands.

Diet
Murray cod have a varied diet of other fish, freshwater crayfish with thorns, Lobsters River, Prawns, freshwater mussels, frogs, acuatic birds, small mammals, turtles and other reptiles. Virtually anything within its scope that moves and is small enough to fit in his cavernous mouth.

Diet
(Top Predator) Murray cod have a varied diet of other fish, freshwater crayfish with thorns, Lobsters River, Prawns, freshwater mussels, frogs, acuatic birds, small mammals, turtles and other reptiles. Virtually anything within its scope that moves and is small enough to fit in his cavernous mouth is considered fair play!

The decline in the number of cod Murray is due to multiple factors. Contrary to popular belief, overfishing has played a huge role in reducing Murray Cod,They were grotesquely over-exploited by commercial fishermen in the second half of the nineteenth century. For example,in 1883, more than 147 Murray tonnes of cod were sent to market a single port (Moama).

During this time, anglers also massively forced the species and sobreexplotada.Abundan old photographs of anglers literally dozens stringing Murray cod fishing seemed to vez.La inagotable.Lamentablemente now know that it was not. Nevertheless, excessive fishermen also kill these fish continue to cause serious problems for these fish so that it remains a kind of long-term.

2 thoughts on “MURRAY IN AUSTRALIA COD”