The giant gourami (Goramy Osphronemus) It is a gourami, A freshwater fish belonging to the family Osphronemidae.
Some other major members of this family are also,the bands gourami, Fasciatus polyacanthus, And the spot gourami, Trichogaster Trichogaster. 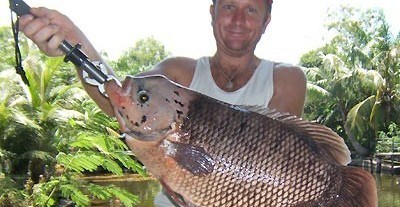 In turn the giant gourami is also sometimes known as the bands gourami, rainbow gourami, or striped gourami.

Giant gourami builds nests using weeds and ramas.Los Giant gourami can be identified by their thick lips.
The giant gourami is native to parts of Indochina, Malaysia , Indonesia y India, But it has been introduced elsewhere in order aquaculture. 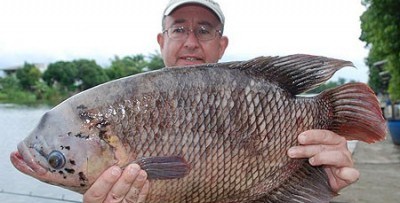 He lives in fresh or brackish water, in particular, slow moving areas such as swamps, lakes and large rivers.
It is able to breathe the humid air, so you can survive out of water for long períodos.Es much larger than most gouramis, growing to a maximum length of 70 cm (28 inches). Pale to golden yellow, silver, with pale blue stripes running vertically along its body.

Partly because of its size, the giant gourami is an important food, in parts of India, For example, dried and then eaten. 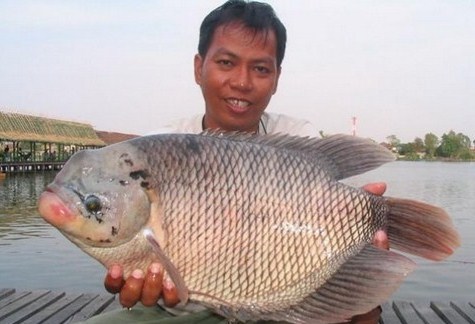 In some Southeast Asian countries where it is native, There are programs to help foster “domestication’ these fish, while in their regions of origin that it has been harvested as a food source.