L payara, Scomberoides Hydrolycus,(Also know as “Dogtooth Characin” the Shedd Aquarium, Chicago, THE) It is a little known species of sport fishing living in the Orinoco River in Venezuela.

The most notable features of the Payara are the two long fangs protruding from its lower jaw. These teeth can be of 4 a 6 inches long, and they have earned the nickname “vampire fish”. 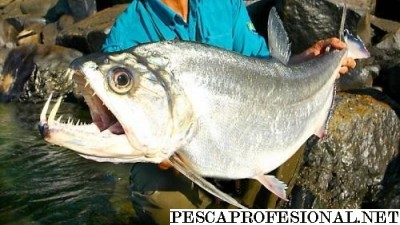 Ferocious Payara eats most smaller fish that they, but most of their diet consists of piranhas,Impaling with sharp teeth.The Feroz Payara also share the same habitat with Tucunaré.También are known as Cachorras in Venezuela.El Payara limited to the Amazon River and its tributaries,above the mouth of the Rio Tapajós. They can reach at least 650 mm. 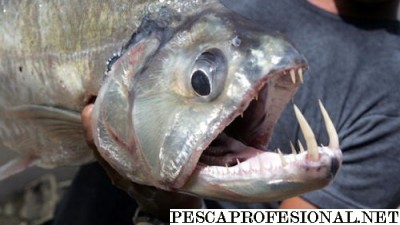 One of the best places to catch them is the Salto Uraima in Venezuela,where almost all registered Payara there have been more Payara record weighed capturados.La 39 libras.Los fish are very difficult to coger.Nadan with great speed and strength.