Alligator has a double row of large teeth in the upper jaw,along with its snout, nombre.La give the dorsal surface of the Alligator is brown or olive, while the ventral surface tends to be a lighter color. 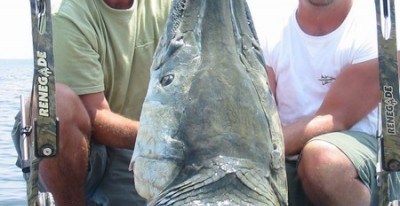 Can survive up to two hours outside the water.The Alligator is the largest species and is the largest exclusively freshwater fish in North America. It can be as long as eight to ten feet and, often it weighs at least 200 pounds (91 kg) at maturity. The current world record for the largest Alligator Gar caught on rod and reel is 279 pounds (127 kg). 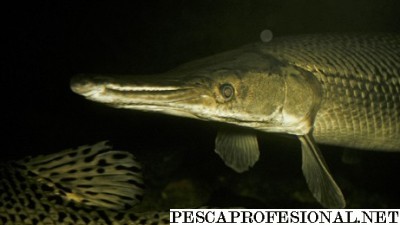 The Alligator is relatively passive,lives in freshwater sites in the southeastern EE.UU.Se fish is fed carnívoros.El Alligator lurking among the reeds and other vegetation,creating ambushes its prey.

Breeding:
Although the Alligator prefer slow water, It seems to need swift water to spawn. 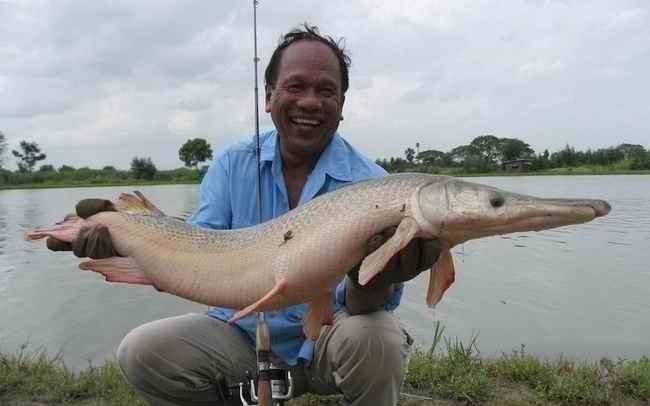 These giant freshwater may seem dangerous, but attacks on people are desconocidos.Pueden represent a liability risk,fish eggs are toxic to humans if ingested.

Adults have few natural predators, while crocodiles have been known to atacarlos.Los young people can fall prey to the fish Alligator grandes.Los not eat fish, but they are opportunistic and are known to feed on everything, from waterfowl and small turtles and carrion.