Inhabits a variety of habitats in rivers streams and mangrove estuaries more clear that the murky water. More common in rivers and streams with large catchment with a continuous and slow flow and temperatures above water 20 ° C.

It shows a marked preference for snags, rock ledges and other structures in water. 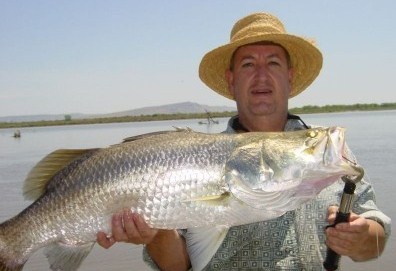 Barramundi are a catadromous species,ie it reaches maturity in the upper reaches of the rivers and freshwater streams and adults move downstream, especially during floods, estuaries and coastal waters to spawn. 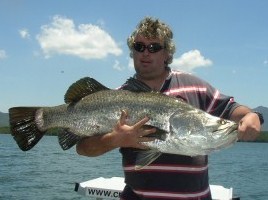 Los Barramundi daughter hermafroditas protoandrous: They begin life as males, reaching maturity in about 3 a 4 years and then change gender and become females, generally around the 5 years. Small fish are almost exclusively male, the percentage of women increases the total length. 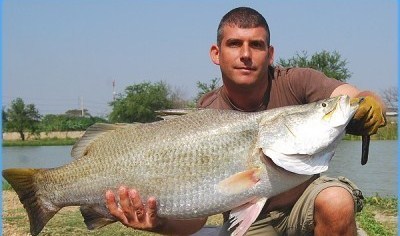 a carnivore,feeding mainly on small fish and crustaceans. Minors are taken on smaller fish fry, smaller crustaceans and aquatic insects.

An interesting and popular target for fishermen in northern Australia, Barramundi responds well to lures or controlled CAST. They are popular and productive when fished around trunks, mangrove roots rock outcrops, Submerged wood … air,metal,bright or bronze are a popular attraction for these pesces. They are often known for their spectacular jumps in the water during the fight.

These days many fishermen catch Barramundi and then leave them free. This practice is encouraged by the NFA, although there is no reason not to take the fish from time to time.