Piranha is a carnivorous fish, freshwater, who lives in the rivers of South America. Their presence is especially prominent in the Amazon, in the Orinoco, the Guianas and Paraguay.

Piranhas make five genera in the subfamily of the Serrasalminae. measure, normally, between 15 Y 25 cm long, although specimens have been found exceeding 40 cm. They are popularly known for their sharp teeth and his insatiable and aggressive appetite for meat.

There are different varieties, between them, red piranha, la piraña negra o la colossoma. All of them reach large and it is very difficult to distinguish females from males.

The types of pacu or piranha hardly be differentiated. The color and length are the guidelines we can follow to distinguish. Red pacu is the most 'small’ of the family (reaches seventy centimeters nothing less) and the orange color of your abdomen is what gives it its name.

The false black piranha is a favorite of fans of these fish. Although you can measure twenty meter long, this is usually not the usual. They are very long-lived and usually have a black or dark gray tone. 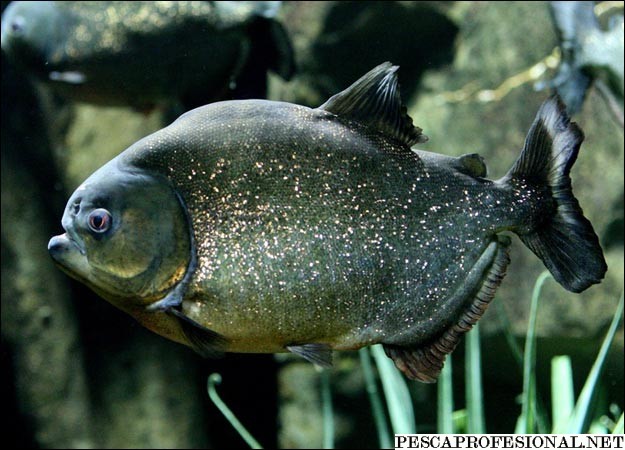 The pacu usually have bulging eyes, although this does not mean they have good view. Unlike, especially they have sharpened their sense of smell, as turbid waters Amazonian prevent optimum visibility.

The most common piranhas in aquariums usually measure between 30 Y 35 centimeters. It is best to buy small specimens to see them grow. They are social animals, because, It is good to have five or six copies, but not many more may since have aggressive behavior. Must be careful because if there are times when hungry piranhas, usually they satisfy your appetite devouring the weaker individuals. 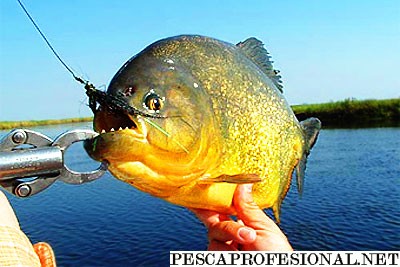 Recent research on the specimens Serrasalmus nattereri brandtii and Pygocentrus have been conducted on Lake Viana, which is formed during the rainy season, when the river overflows Pindare. The data collected show that these species of piranha, in some moments of his life, eat vegetables, so it can be said that are not strictly carnivores

These fish mainly eat meat, allowing them to tear and chew, favoring your teeth remain in perfect condition. There are varieties of piranha eat vegetables also: lettuce, fruit and other plants. First of all, We must avoid introducing the hand into the bowl, because it is dangerous. You can also enter live fish in fishbowl, but more hygienic and more comfortable is to provide them with a specific feed. 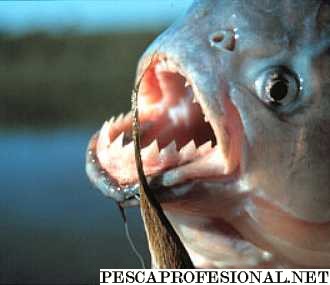 Of course, Piranhas are very aggressive, especially the red and black, but not only eat meat, Also fruit and leaves. It is very unlikely to devour a human in seconds as showing movies, but it is true that attack smell blood.

Contrary to what the cinema has reported, Piranhas do not usually attack humans, the few recorded attacks corresponding to specimens of the genus Pygocentrus. In fact, the natives bathe peacefully in waters frequented by these fish, Piranha being an everyday food among local populations. 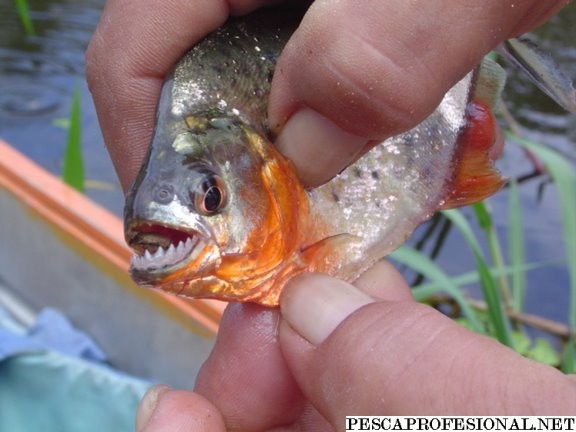 However, It should be noted that the aggressiveness of these animals is greater in the dry season, because of the shortage of prey. Thus, shaking of a hand or foot in the water can trigger an attack by piranha, to confuse them with animal reduced size. There are also frequent bites fishermen when they try to escape their networks. These attacks usually occur when they feel smell of blood, because it excites your appetite.