Pacific Halibut is related to Atlantic halibut, and some scientists believe are part of the same species. In addition to being the largest flatfish, the halibut are among the larger fish ocean and can reach up to 2,7 m long.

Halibut heaviest recorded so far exceeded 300 kg, but there is evidence of several specimens that were around 225 kg. 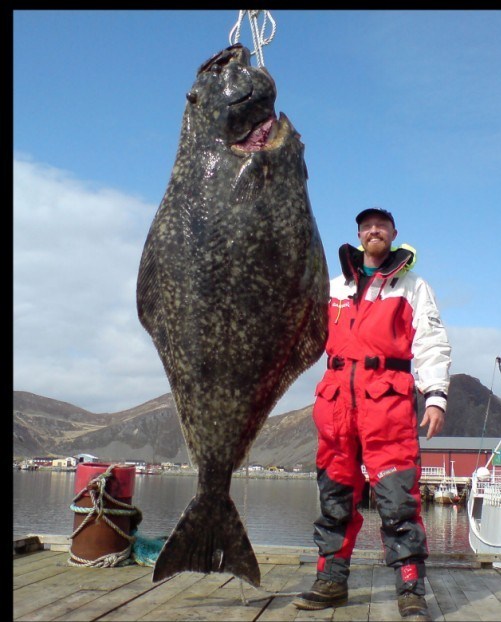 Halibut females are larger than males few males reach ~ 36 kg ~ and, Besides, They tend to have faster growth and be more longevas. 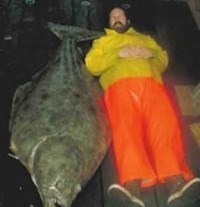 Age is determined from the ear bones, called otoliths, where annual rings are formed for determining life years. 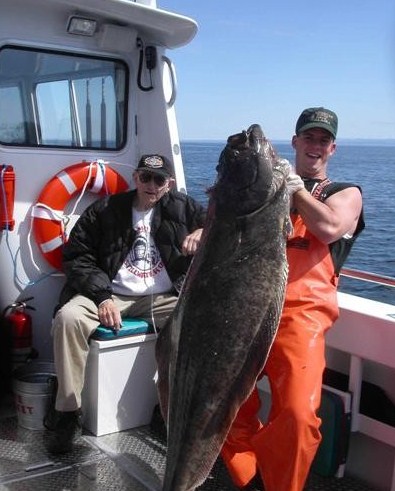 Halibut spawn from November to March at depths of 200 Y 500 m in the waters of the continental shelf. A female halibut can produce large 4 million eggs. Eggs and larvae float freely, but being slightly denser than water from the sea surface, swimming in deep ocean currents.

As they grow, larvae become lighter and rise to areas closer to the surface and in the Gulf of Alaska are drawn from east to west and distances of hundreds or even thousands kilometers.

Adult halibut feeds on other fish species such as cod, pollock, the black cod and flatfish. Sometimes, It moves away from the sea bottom to consume pelagic fish such as herring and sandeel. Since it is a large fish, active, good swimmer and benthic, Halibut adult is less vulnerable to predators than other species of smaller but, Nonetheless, sometimes it is prey to marine mammals. 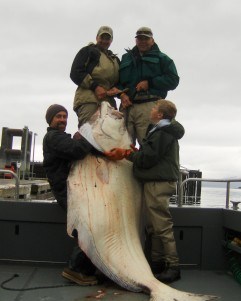