While it is no mere family in Uruguay is known here as a mere Chernia and fans often confuse. It is a fish that rarely exceeds 100 cms length being normal catches around 60 cms. Their fishing season is from September to March. 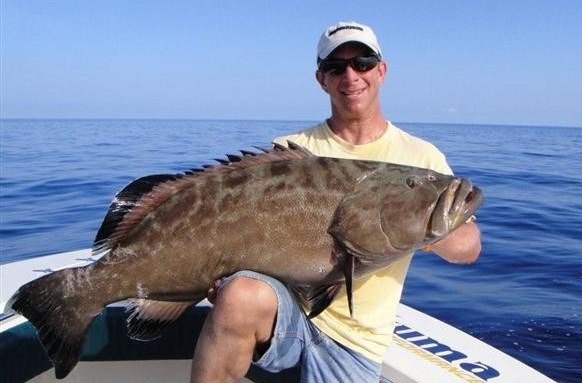 Its habitat includes the entire coastline of the province of Buenos Aires choosing to live among the stone benches 20 Y 50 m deep from the lighthouse south of Pinamar getting the catch athletes thoroughly and mid-water indiscriminately according to food that is currently taking.

Sor are preferred bait squid, chipirones, white crab, magrú steak and live animals prefer brótola. The lines are equal to those of mere . As regards the specific fishing for this species should be clarified that only achieved at great distances from the coast so it is not advisable to try to search areas near the same.

The lateral line starts where the gill opening begins and runs the flanks along the dorsal profile of the body. 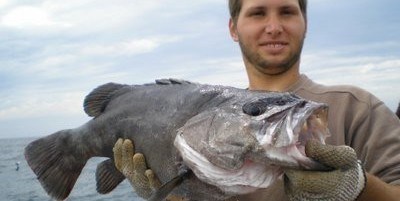 Big head,with undershot mouth that makes this slightly raised . The eyes are large in relation to your body.

Next to them are the narinas. Preopérculos have several spines on the edge, opérculos with three ridges ending in thorns, the lower is the steepest. 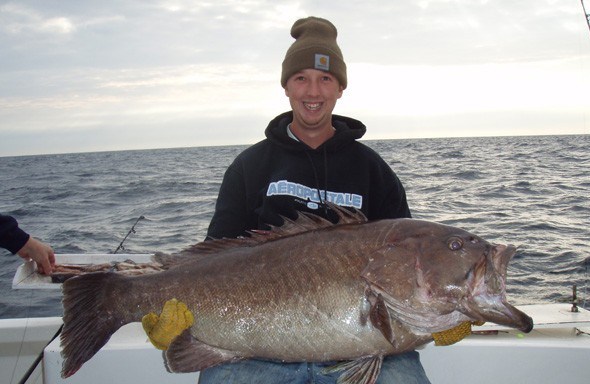 Coloration. Uniform dark gray steel on the back, getting lighter in the flanks, silver belly. odd and pectoral fins dark gray, the flow with a white border and white with gray areas lasventrales.

Distinguishing similar species in the area:
It is like a mere, which is distinguished by loscaracteres indicated when describing the species.