It is the largest bony fish that live among the reefs.

The adult can reach 2,7 meters long and 600 kg. It has a very wide mouth and a fan-shaped tail.

Their fry have black and yellow irregular marks, while adults are gray-green to greenish gray. They have numerous small black markings on the fins. 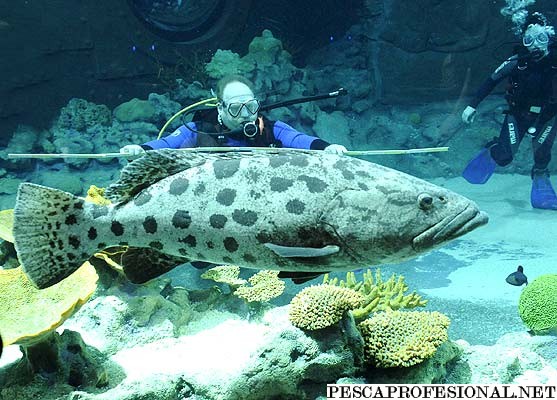 There have been reports of ciguatera after consumption of meat.

It has the elongated body, laterally flattened, with the lower jaw a protuberance. The dorsal fin has a clear recess between the spinous and soft rays. The color is dark, between green and brown, mottled with lighter colored in green tones, yellow or white. The underside is yellow. The dorsal fin has a flange orange, while other fins have clear blue edge. 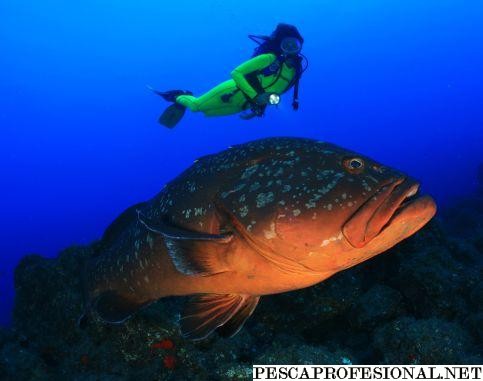 A mere size of a human being, that inhabits tropical waters of the eastern Pacific Ocean and feeds on other fish and crabs, It has been identified as a new species, after appropriate genetic testing.

He has been baptized with the name "Golliath", the animal can grow to 1,8 meters in length and weigh the not inconsiderable figure 454 kilos. The scientific name attributed to this number was that of Epinephelus itajara, a similar species that lives in the Atlantic Ocean. For nearly a century, always it believed that the mere goliath and this species were the same, but new research conducted by researcher Matthew Craig of the Institute of Marine Biology Hawaii, They have shown that it is not. 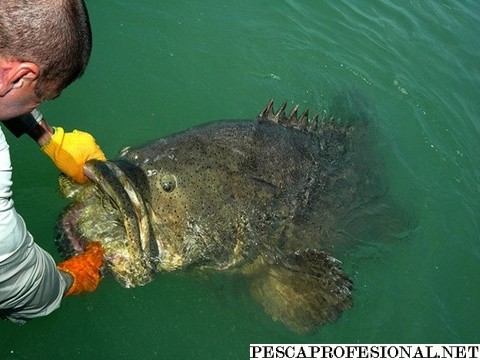 New DNA tests suggest that these two populations evolved together until they were separated by Central evolve independently to become two totally different, at least, in genetic. The new specimen has been named Epinephelus quinquefasciatus now and as expected, is in danger of extinction.