THE pomfret IS ONE OF THE MOST FAMILY Combative carangids DISTRIBUTED ARE IN THE ATLANTIC OCEAN FROM SOUTH EASTERN GULF OF SOUTH AFRICA TO FISH VIZCAYA,IN THE MEDITERRANEAN SEA AND WESTERN INDIAN OCEAN from South Africa to Delagoa.

It is the second largest family of carangids behind the Giant travelly.

It can reach two meters in length and 50 kg. although current catches do not exceed the meter in length.

the pomfret, exceptional predator, sometimes it delves into the solobres lakes or river estuaries tolerating a high degree of freshwater to pursue their prey. 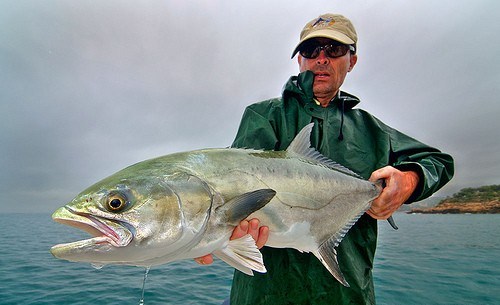 It feeds on all clupeids – sardines and anchovies first – but it is a skilled hunter smooth,mackerel and horse mackerel, pursued both along the coast and in the underworld until 50 m depth. 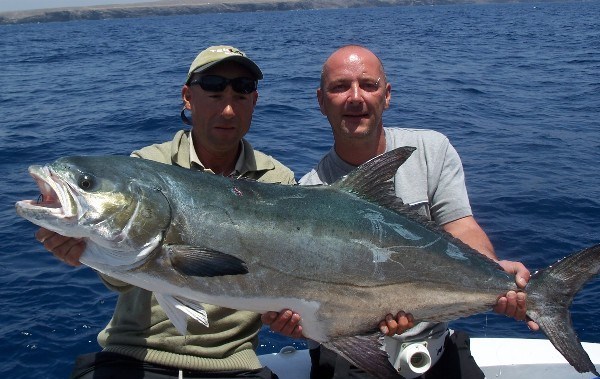 It reproduces in spring and attaches eggs to stones background, maintaining the offspring often in estuaries.

Leerfish fishing can be practiced using various techniques as spinning both from shore or boat, trolling , to fly with big streamers, and cevo alive or dead.

The area of ​​the Ebro Delta in the Mediterranean Sea is one of the best I due to the great amount of fish their waters containing both salt and fresh water or brine.

The best time for fishing is from Spring through fall mainly spring when they come to spawn. 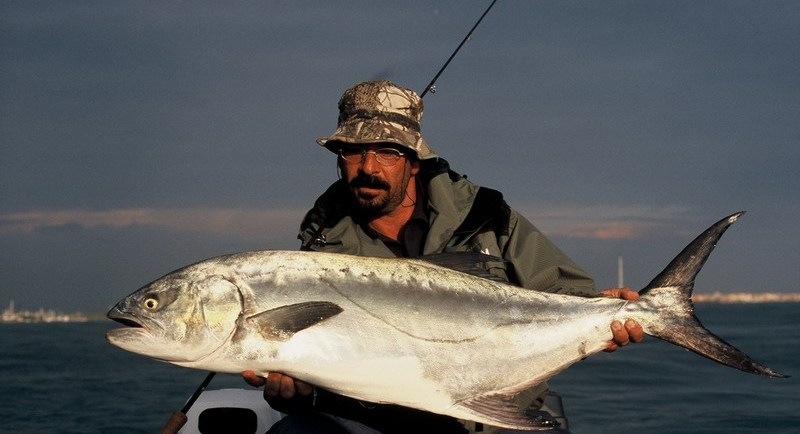 One thought on “bonito – LEATHER FISH”