The snapper snapper (Cyanopterus Lutjanus) It is a species of fish in the family Lutjanidae .The snappers or huachinangos (family Lutjanidae) They are a family of fish sailors including in the order Perciformes, with some species enter freshwater to feed, They distributed by tropical and subtropical waters of the Atlantic, Indian and Pacific.

The snapper snapper can reach 125 pounds (58 kg) Y 5 pies (6 m) of length. This snapper is easily the largest family of Atlantic Ocean. 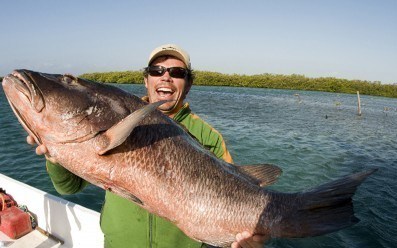 continuous dorsal fin or slightly indented, with a dozen thorns and 10 a 17 soft rays,anal fin with three spines and several soft rays, pelvic fins originating directly behind the pectoral fin base.

The Cubera snappers are reef dwellers isolation. They live near the coast or inshore, most frequently associated with ledges, rock cracks and projections.

They are carnivorous fish aggressive behavior, the snapper snapper feeds mainly on fish and crabs. Strong canines allow snapper adults feed on large crustaceans such as lobsters and crabs. Feeding areas are usually located near the bottom in areas of rocky reefs or adjacent to other structures. 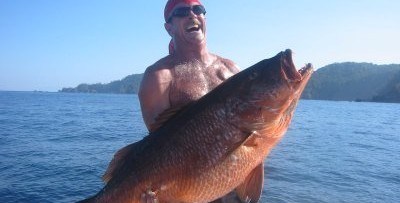