The giant horse mackerel or giant travelly is a powerful predator in most habitats, known among anglers as GT,S. 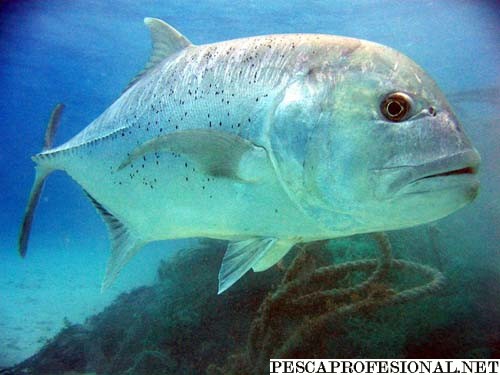 It is distributed throughout the tropical waters of the Indo-Pacific , with a range that goes from South Africa in the west to Hawaii in the east, including Japan in the north and Australia in the South, It is distinguished by its strong profile head, strong shields in the tail and a variety of other more detailed anatomical features. 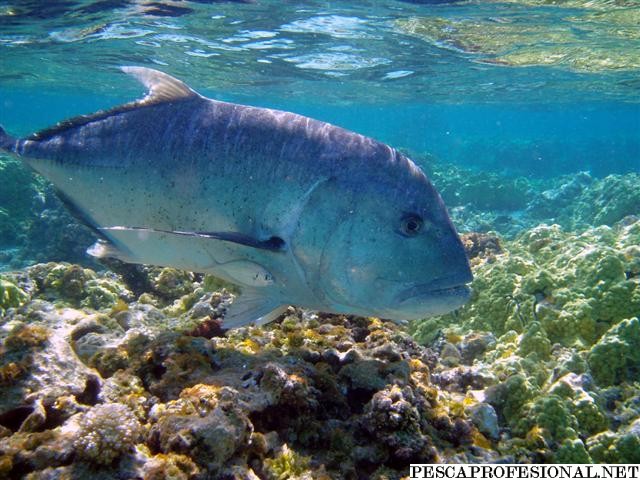 The eye of the giant horse mackerel has a horizontal line “wherein the node and the densities of the photoreceptor are much higher than the rest of the eye. It is believed that this allows the fish to get an overview,This in turn will facilitate the detection of prey or predators in the field of view.

It is usually a silver color with dark blotches occasionally, however males may be black, once they mature. 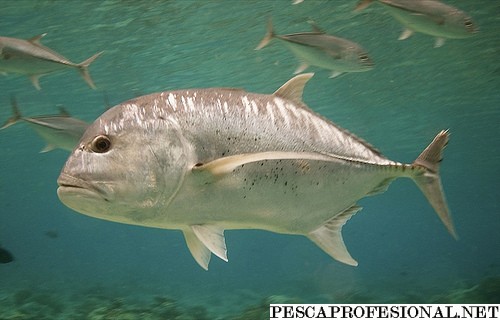 It is the largest fish in the genus Caranx, It is growing to a maximum known size 170 cm and a weight of 80 kg. 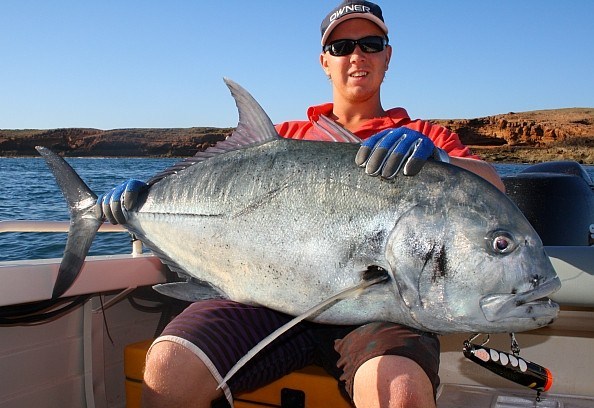 The giant trevally inhabits a variety of marine environments, estuarine, shallow bays and lagoons and reefs, Adults live at sea, atolls and large coves . Juveniles of the species are known to live in very low salinity waters such as coastal lagoons and the upper reaches of rivers, and often prefer murky waters.

The fish grows relatively fast, reaching sexual maturity at a length of about 60 cm a los 3 year old. The giant horse mackerel is an important species both for commercial fishing and in a recognized sport fishing. 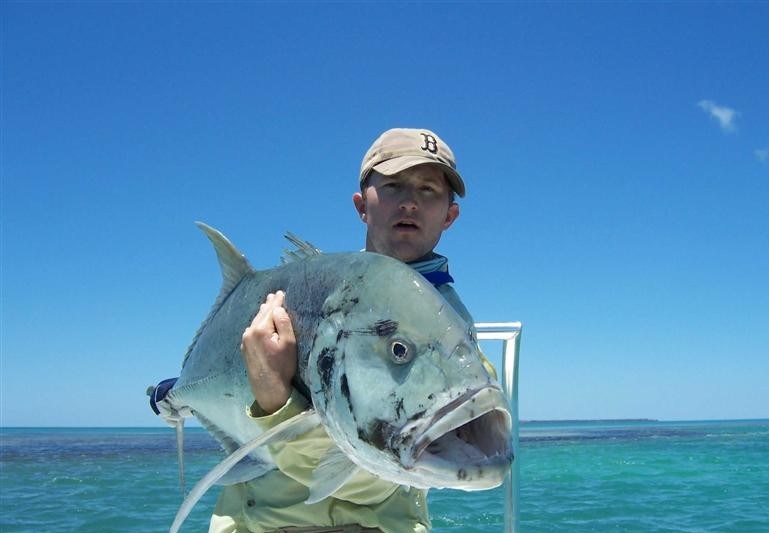 The diet is based on fish as prey, although crustaceans, cephalopods and shellfish are an important part of the diet.

The species breeds in the summer months, with different peaks by region. Spawning occurs at specific stages of the cycles of the moon, when large banks of giant trevally congregate to spawn on reefs and bays. 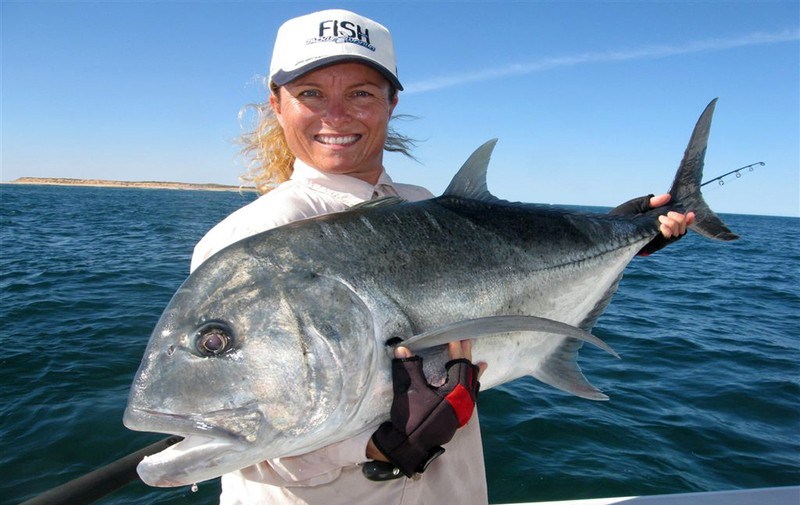 Sport fishing is widespread because of its great combativeness and variety in the forms of fishing,with all kinds of artificial lures, He is picking up the large surface poppers. 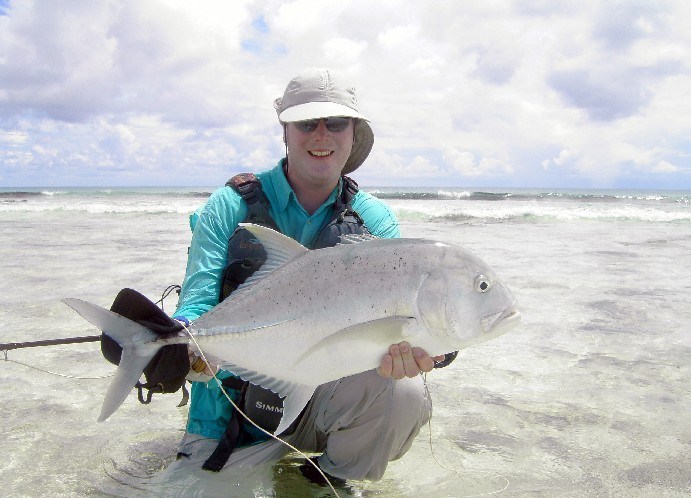 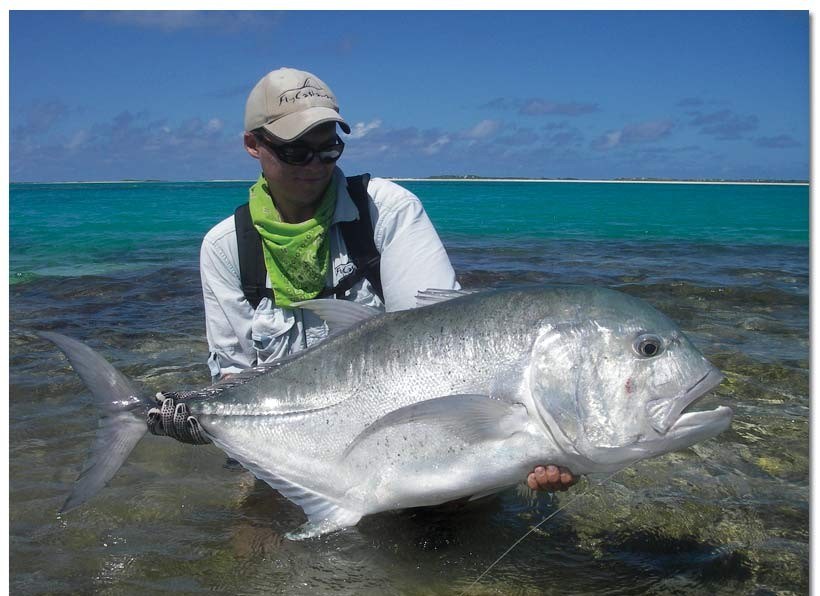 POPPING ONE OF THE MOST EXCITING PESCAS