Swordfish (Xiphias gladius; Greek ξίφος: Espada, there Americo Xiphias: Espada), also it is known as Broadbill in some countries, they are big, highly migratory, characterized by a long and flat peak. 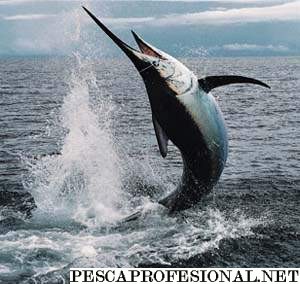 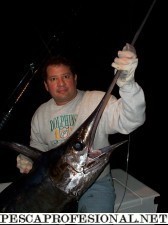 It is a popular sport fishing in its category “marlines”, but elusive. Swordfish are elongated, round body, and lose all teeth and scales in adulthood. Reach a maximum size of 177 inches (455 cm) Y 1.400 pounds (650 kg). 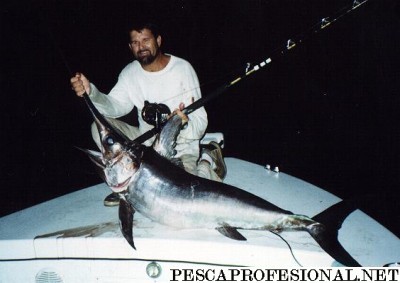 The International Game Fish Association's has a record-fishing of swordfish 1.182 pounds (536,15 kg) dated Chile 1953.
They are the only family member Xiphiidae. 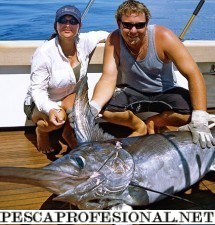 The swordfish is named after its sharp beak,it resembles a sword (America Xiphias), Which along with its streamlined physique allows you to cut the water with ease and agility. 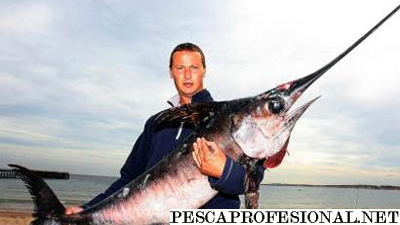 Contrary to the belief “espada” not used for launches, but it can be used to cut their prey in order to harm the prey, to make it easier to capture. Especially swordfish relies on its high speed, capable of speeds of up 50 mph (80 km / h), and agility in the water to catch its prey. 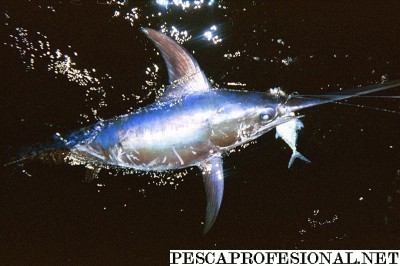 A possible defensive use of the sword is for protection against their few natural predators. The mako is one of the sea creatures big enough and fast enough to chase and kill adult fish sword, but they do not always win. Sometimes, in the fight with a shark, a swordfish can kill him by ramming in the gills or stomach.

Like most fish, females grow larger than females mature at machos.Las 4-5 year old, in the Pacific Northwest, while mature males first,around 3 a 4 years.