The special feature is its dorsal fin, which it makes it look like the crest of roosters and usually has stooping, but when excited it is usually lift. 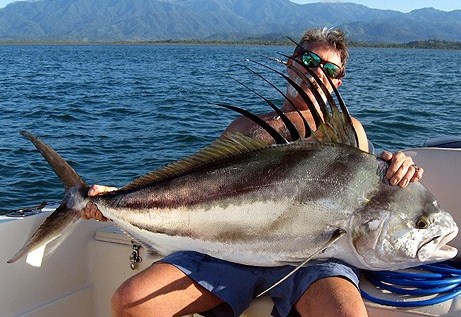 The rooster, Pectoral Nematistius, It is a common name for fish in marine waters surrounding Mexico, Costa Rica, And Panama, And in eastern Pacific, California to Peru. It is the only fish in the genus Nematistius and family Nematistiidae. It is distinguished by its comb “gallo”, seven very long spines, dorsal fin.

The rooster has an unusual arrangement of their ears: swimbladder enters the brain through the large holes and makes contact with the inner ear. Use your swimbladder to amplify sounds.

Roosterfish reach 4 meters in length and over a hundred pounds. The weight average hooked fish is about 20 pounds. It is very popular as a sport fish, but like most fish Jack Family (In addition horse mackerel and California Yellowtail) It is not considered a good eating fish. 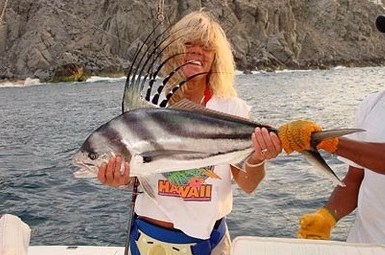 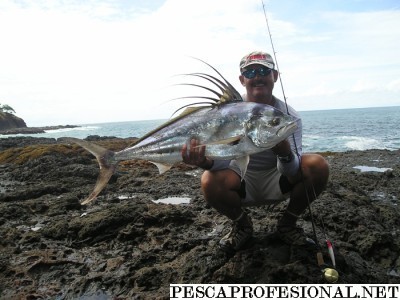 Usually inhabit the Pacific Ocean, and usually in waters with sandy bottom, usually close to the coast once a year, in the summer months, between June and October, It is the perfect time to fish, it is truly a beautiful girl booty for fishing, since it is difficult to catch him. 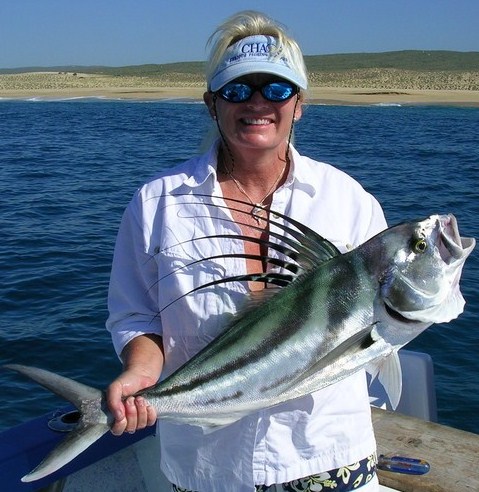 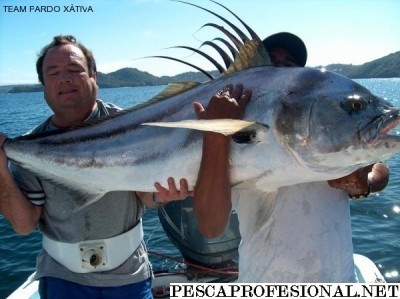 The perfect bait to fish is a lively and fresh bait, no matter the type of bait, since this fish attacks alike all dams, although it is better to live squid, for those who feel a great fondness. 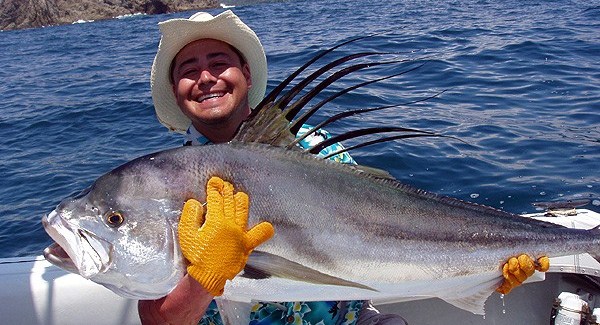 Some people consider this fish as a delicacy to serve dinner, for others its taste is too oily to cook, but above all is a species that all sudamerica wants to fish.