El Samson is a jack fish, It belongs to the class of Actinopterygii the order Perciformes, family Carangidae. 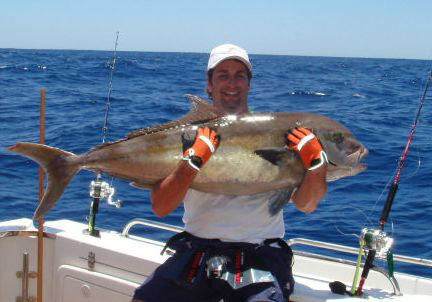 Their preferred areas are the coastal ocean waters, as reefs,piers and towers, sometimes it enters the river estuaries. 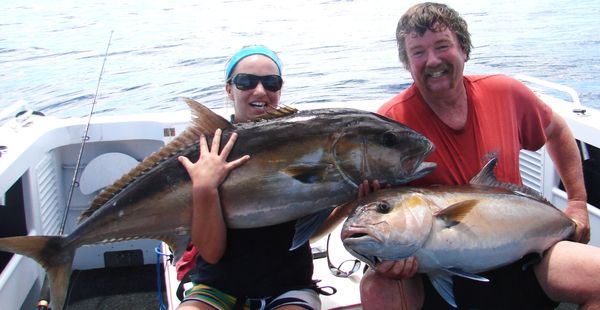 It is also known as sea kingies, Sambo Sansón, yellowtail and sea. Body color varies upper body can be from teal to silver, but most often it is a bronze brown color and a silver belly. A gold colored stripe runs along the body after the lateral line and ends near the tail.

When they are younger they have up to 5 large dark vertical bars on the sides, these fade as they become adults. 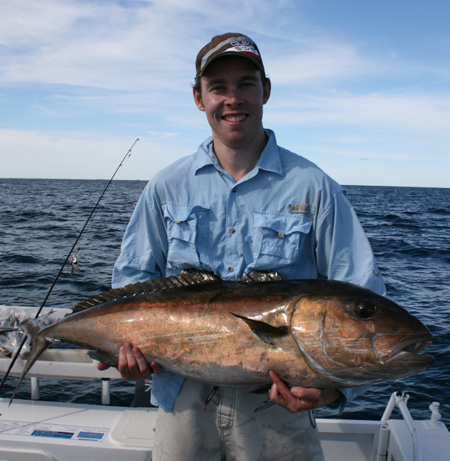 The Samson fish is often confused with the Vidriola and Amber Jack a distinctive feature is the red meat around the teeth.

It can measure between 80cm to 150cm and weigh more than 50 kg , but the weights captured are normally between 5 Y 20 kg.