Red Drum (sciaenops ocellatus), also known as Canal Bajo, redfish, Rabo Speckled Bass or just Reds, It is a sport fishing fish found in the Atlantic Ocean from Massachusetts to Florida and the Gulf of Mexico from Florida to northern Mexico.

It is the only species of the genus Sciaenops.Tanbien called red drum, It is a cousin of the black drum (Pogonias cromis), and the two species are often found in close proximity to each other, they can intersect and form a strong hybrid. 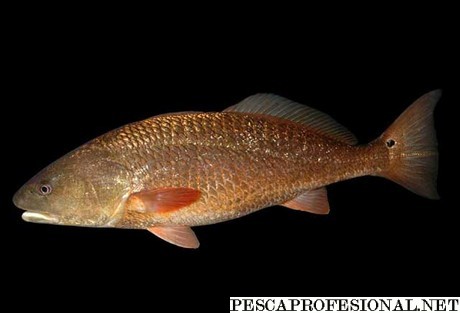 Red drum are Gulfwide, Low salinity of estuaries, even freshwater to seawater at least 50 feet deep. Red drum are not demanding on the type of background, It found in everything from mud to hard substrates of hashish Shell and oyster reefs. Often, the big banks big red drum, They congregate in nearby artificial reefs to the shore and oil and gas platforms in the northern Gulf. 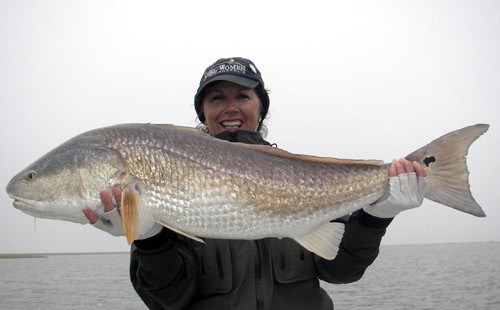 Red Drum generally live along coastal waters. Three years have an old red and weigh six to eight pounds. The largest recorded weighed just over 94 pounds. When they are called Red Bull large, although most people do not find the big, good to eat. 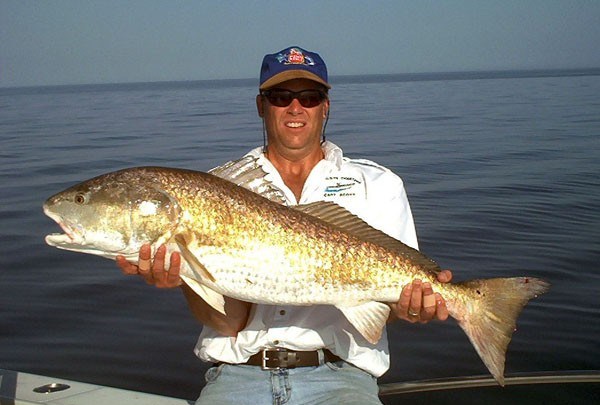 The Red Drum spawn near the coast.

Red Drum, Like many other members of the drum family, spawn on high-salinity waters in areas of high flow in tidal current, such as areas near the islands passes between August and November Spawning generally it takes place over a period of 8 O 9 weeks of mid-August to mid-October. During this time, the male red drum, They concentrate, in force, near the steps, It is ready to spawn almost every night. There are formed large shoals at night, called clusters of drums, by the sound of percussion they do with their swim bladders to attract females.

The sudden cold, temperature change in the water can kill the red drum, Longevity is 20 years or more. 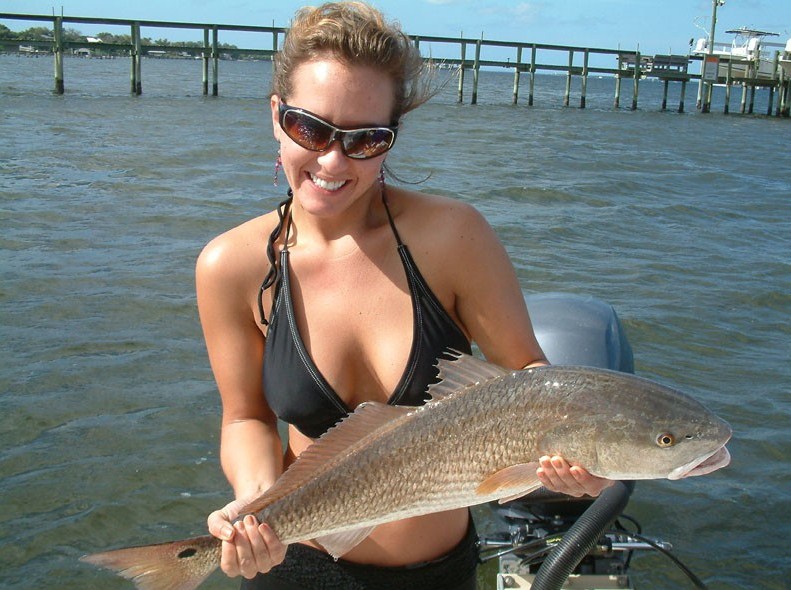 Its diet the Red drum are aggressive and opportunistic, It has been known that they can reach the surface to catch artificial baits, usually they feed at the bottom. Feeding fish often include Blond, Lizard, lacha, lisa, pigfish, in situ, Atlantic croaker, and plaice.

Red Drum are relatives of the black drum and both make a sound like the croaking of frogs when there are problems.

The most distinctive characteristic in the red drum, It is a large black spot on the top of the base of the tail. Having multiple points is not rare but have no stains is extremely difficult. Scientists believe that the black spot near its tail helps to fool predators that attack the red drum, by the tail instead of his head, allowing the red drum, can escape. 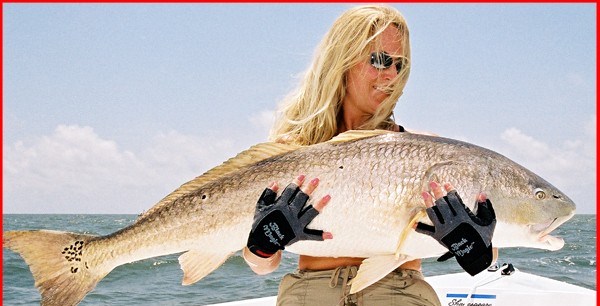