Amberjack Amberjack or is the name of three species in the Atlantic, fish of the family Carangidae. Inhabits the Atlantic coast from the Bay of Biscay to Senegal and the east coast from United States to Brazil. Mediterranean. 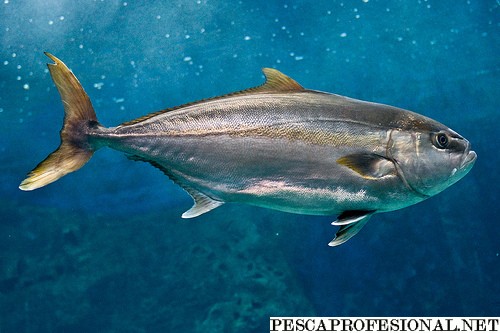 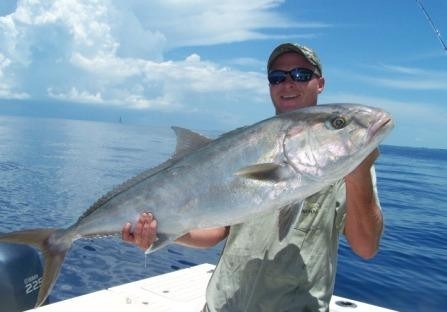 Color silver-gray back with emerald blue-green tones more or less alive, a thick yellowish line from the axis of the tail through the eyes, up snout. Fins with yellow tones, especially the flow. 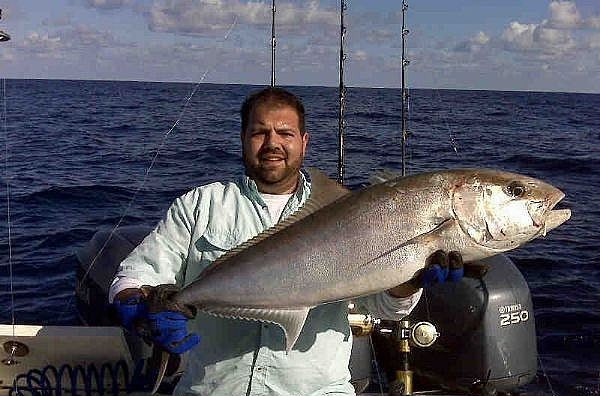 Maximum length 2 meters, weighing 50 kilogramos.Los less can be captured in near 25 pies (7,6 m) of water, near floating objects.

Pelagic fish remaining in small groups near rocky shores. It feeds on fish (sardines and mackerel),crustaceans and cephalopods. Spawning between the months of March and August depending on water temperature.

From the coast: On the beaches with surf casting equipment. Heavy surf casting rod, 4-5 meters, line of 0,50 a 0,70 and bottom gear. Heavy cast reel. Under slickline. fishhooks 3/0 al 6/0. Since the distance that usually move (more of 200 m. Shore), It is not feasible achieve cane with bulky baits, fans often use the following system for fishing from shore:

Once primed the hook (usually with a smooth viva), reeds on the supports are mounted with the stocks of open reels, aided by a small boat (a small pneumatic), rowing or motor deceptions are carried to the fishing zone (to some 300 meters), once there helped Calan baits Heavy weight (between the 500 Y 1000 grams), the thread that joins the main line weight is thinner, when the bite occurs, the thread breaks and the main line is free.

baits: Any gregarious fish is good for fishing, almost everyone uses sardine, mackerel, mackerel or spit (size 30 a 35 cm) if fish with dead bait; and if it is live bait fish smooth.

best time: From March to August.