It is a small shark, which rarely exceeds 90 cm long, Habitat demersales. Its range of ideal depth is between 60 Y 190 m . It feeds the bottom of associated organisms, mainly crabs, other crustaceans and small fish.

The Musola stripes, Mustelus fasciatus, It is a family Tollo of Triakidae, It located on the continental shelves of the Atlantic subtropical southwest from southern Brazil to northern Argentina between latitudes 30 ° S y 47 ° S. 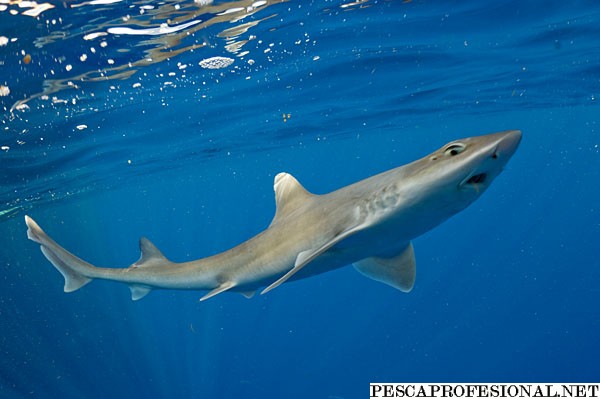 They may exceptionally reach two meters in length but typically is capture specimens of 1m to 1.50m.

Birth size of small sharks is around 26 cm . 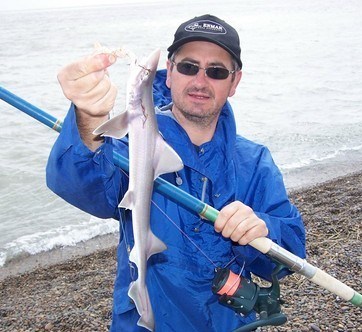 It has a strange way when compared with the typical sharks, by the shape of its very sharp stalk ending in a fin flow heterocercal, wherein a lobe stands at the rear end. It has two quite separate dorsal fins together, a head with short snout and decidedly romo. Small eyes, Notable spiracles behind them. The mouth is provided with teeth arranged in mosaic. 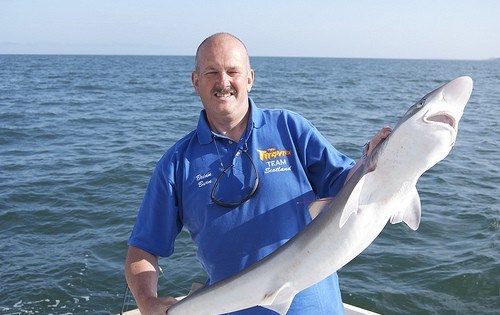 The color is a leaden gray, darker on the back, speckled with small white dots.
It feeds on the bottom or next bodies linked to it. They predominate in the diet crabs; Secondly include polychaete annelids and, in third place, small fish, both pelagic (anchoíta, Palometa, mackerel) como demersales (whiting and hake juvenile, brótola, fall) benthic (Testolin, flounders, little tongue). 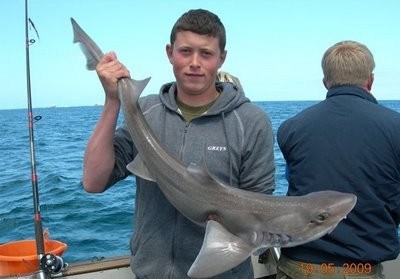 It is a species ovovípara, which it is distributed in southern Brazil, Uruguay and Buenos Aires Province.

Very interesting variety for the sport fisherman, so subtle his pique and offered strong fight after being nailed, prefers silverside filets elongated.- 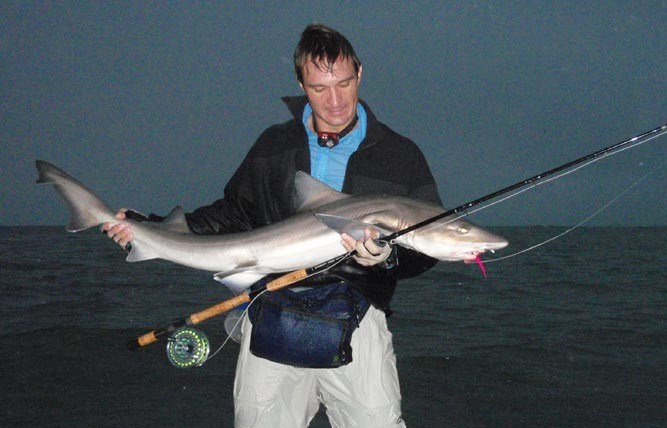