ORIGIN OF PIKE IN SPAIN AND REPRODUCTION

Its original distribution in Europe, It occupies most except for the Iberian Peninsula, Iceland and Norway, Southern Italy and western part of the Balkan Peninsula. Pike was introduced in Spain by former Inland Fisheries Service, Natural Parks and hunting (SPCCPN), from 50.000 French embryonated eggs, which were installed in fishponds Palace of Aranjuez 1949. And in the same year, and in December, the first were released 255 individuosadultos on the River Tagus, also brought from France. Expansion throughout our country was quick, and now it can be found in many of the major rivers dammed areas and across the country. 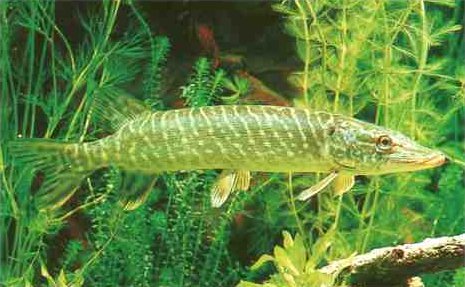 Pike reproduction is polyandrous type, that is to say, eggs from a single female are fertilized by several males. The breeding period in Spain ranges from three months, February, March, April, but it is linked in part to environmental and thermal factors.

The most favorable temperature ranges 9 and 11º C corresponding, in most water, the period indicated.

The eggs are greenish red, that can reach pink and reach about three millimeters in diameter; the sesove is rather large, since a female can put 30.000 a 50.000 eggs per kilogram. Experts disagree on the number, because it varies easily.

They are deposited in shallow waters, in carefully selected locations, for falling on the background, they are in a favorable environment, or they can join the submerged vegetation.

Incubation lasts about 11-13 days at the temperature of 11 °, at birth, larvae are about 8 mm and stick to plants, remaining without food to reach 2 cm. At this point they begin to nourish themselves and can even devour each other. Growth is rather fast devido to the relative ease of this fish nutriccion. 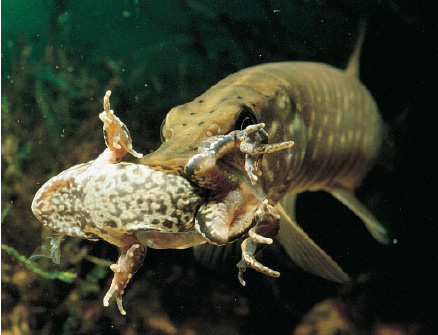 Something interesting about females is only SHALL mature eggs and the rest are released the next year or even last a couple of years.

When the ends spawning females leave the nest, males remain in the, at least 14 days to a month. Although they are in the nest males do not try to protect the eggs, after 14 a 21 days the eggs will hatch, when born pike fingerlings are not far from the area where they were born, adhierendose vegetation and after the first week of 7 a 10 days begin to feed on small organisms such as zooplankton and small insects.

The average size that can reach is between about 50 cm y 1 metro. There are copies of up to half meters and weights up 25 kg, can live up to thirty. 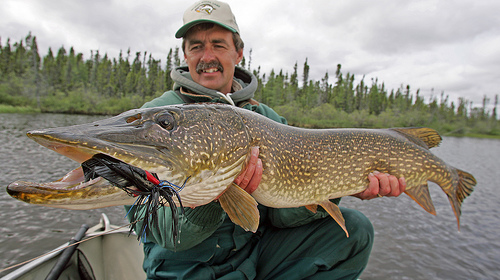