It is a great lake of Central Africa, It is estimated to be the world's second largest lake by volume, and the second deepest lake, after Lake Baikal in Siberia. 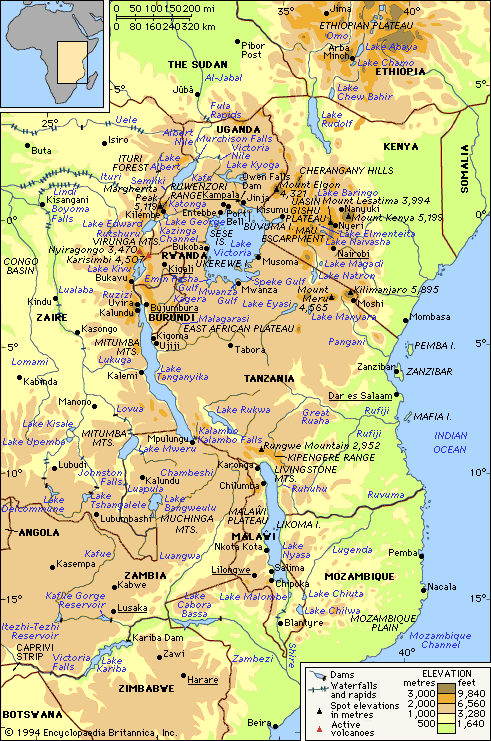 The first Europeans who saw the lake were the explorers Richard Francis Burton and John Speke, in 1858. They found while searching for the sources of the Nile River. Speke continued and found the actual source, Lake Victoria.

The lake lies in the Great Rift Valley, confined between mountains. It is the second largest lake in the continent surface, even the deepest and most voluminous. It extends along 673 km in north-south direction and has, about average 50 km wide. The lake covers 32.900 km², with a waterfront 1.828 km and an average depth of 570 m and maximum 1.470 m . It contains a 18.900 kmł water. The average surface temperature is 25 ° C and the average acidity of pH 8,4.

The enormous depth and tropical location of the lake prevent water masses mix, since many of the deeper waters are what is called “fossil water” and they are anoxic (lack of oxygen). The catchment area includes Lake 231.000 km², with two major rivers flowing towards the lake, along with numerous small rivers and streams that come from the steep mountains, It is the main water flow that comes from the river Lukuga, which flows into the Congo River.

The main rivers are the Ruzizi, which flows into the north of the lake from Lake Kivu, y el Malagarasi, the second largest river in Tanzania, leading to the eastern shore of Lake Tanganyika. The Malagarasi existed before Lake Tanganyika and formerly formed a continuous channel with the Congo river. 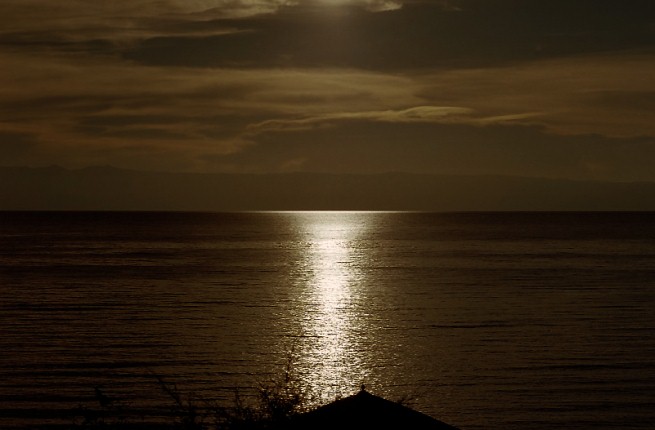 The lake is shared by four countries: Burundi, Democratic Republic of Congo (DRC), Zambia, and Tanzania has the most (41%).

Fish Lake serves as the main source of protein for local. Nowadays, about 45.000 They are working in fisheries operating from 800 points, with nearly one million people directly dependent on fishing, It is the fish of Lake Tanganyika an export product that can be found in all East African countries. Commercial fishing began in the middle of the decade 1950 and it has had a major impact on the species.

In the lake they are cataloged more than 450 fish species, among the most graandes are nile perch, goliath tiger fish and the great Vundu.

The best months for fishing, Ranging from November to March. 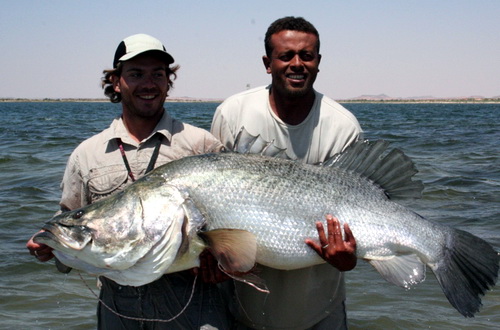 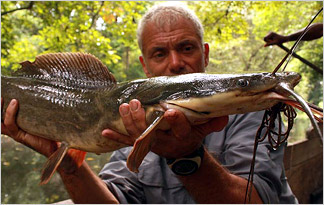 The cilcidos have a large presence in this lake, with lots of species. 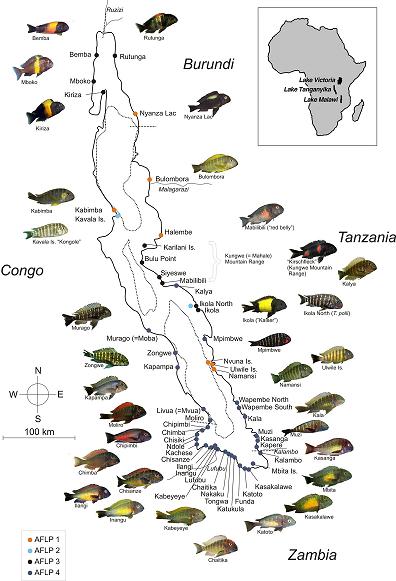