The Mekong River is the 12th longest, and the world's mightiest 10th is also the longest river in Southeast Asia. The exact location of his birth remains uncertain, due to the existence of several tributaries in an area with altitudes that exceed five thousand meters and extreme weather conditions, that hinder exploration. 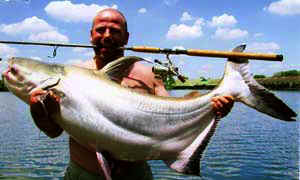 Along the 4.900 kilometers, The Mekong River flows through landscapes as diverse as the perpetually snowy peaks of Tibet, mountains populated by ancient cultures in China's Yunnan Province, Golden Triangle, and the rainforests of Vietnam and Cambodia. 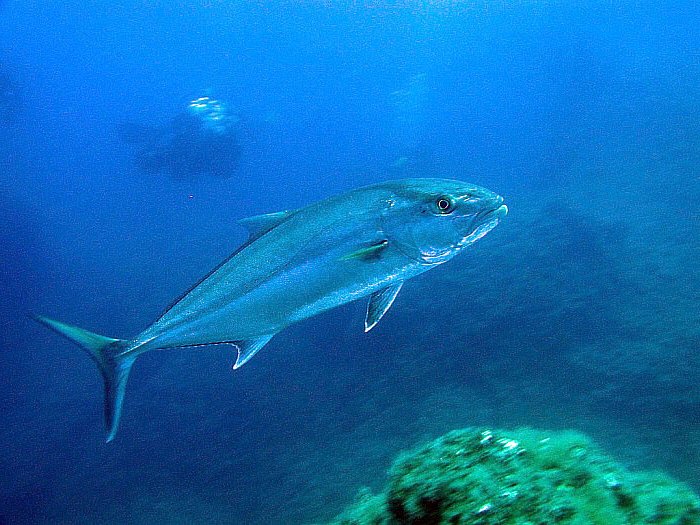 About half of the river runs through Chinese territory, first Tibet, and then Yunnan Province, where often through deep ravines and gorges.

Then, during 200 kilometers, the river forms the border between Laos and Myanmar, at the end of which receives water from one of its tributaries, the Ruak River, in the Golden Triangle. 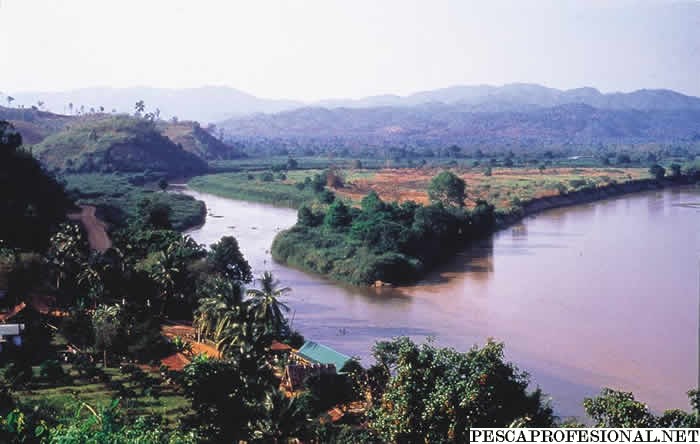 The river then becomes the border between Laos and Thailand, and later flows through Laotian territory exclusively. This stretch is characterized by strong rapids and its shallowness, sometimes only half a meter during the dry season.

Later the Mekong redials the Thai-Laotian border near Vientiane, and then flows back by Lao. It is the area of ​​the 4.000 islands and Khone Falls. This region is the habitat of dolphins Mekong, a species in danger of extinction.

in Cambodia, the river determines the life and economy of this small kingdom. Its annual flooding causes widespread flooding that allow rice cultivation.

The last country to visit the Mekong is Vietnam. Here the river spreads into a thousand channels that cross a land of flat profile, only two meters above sea level. It is the Mekong Delta, which leads to its mouth in the South China Sea.

On his journey south are numerous name changes Mekong. The third longest river in Asia has six different denominations between birth and its mouth.

In the upper reaches of Chu Dza call, which means water Peñascos, and alludes to the rocky environment surrounding these first kilometers. 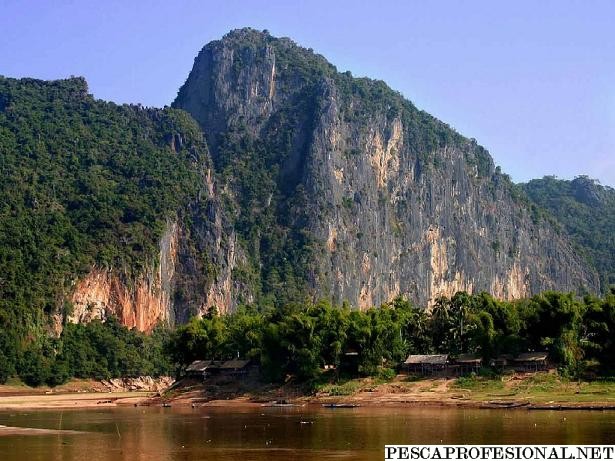 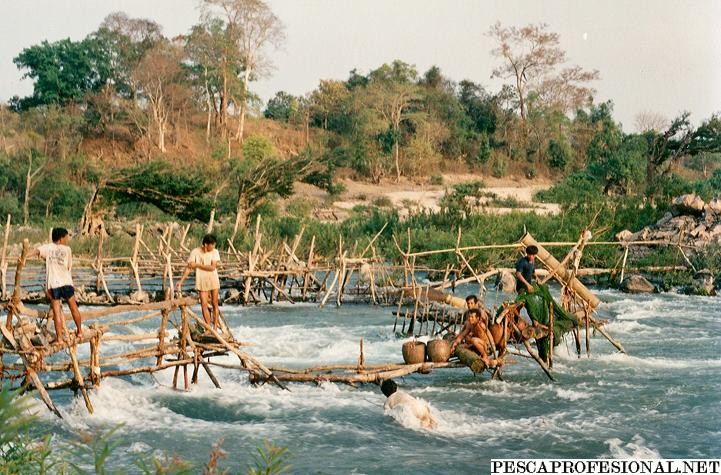 After leaving the territory of Tibet, the river adopts Chinese name Lancang Jiang, or Rio Turbulence.

The section between Laos and Thailand, and trace the border between the two states, It is known as Mae Nam Kong, that is to say, Mother of All Waters. It is from this name derives Mekong, the appeal by the river is known worldwide. 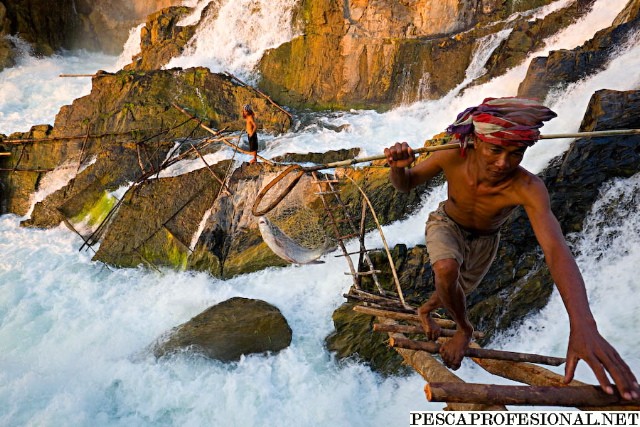 When it arrives to Cambodia, Its name changes again by Tonle Thom, which means Great River. And finally, in the delta, It is divided into nine arms, then calling Cuu Long, River of Nine Dragons. 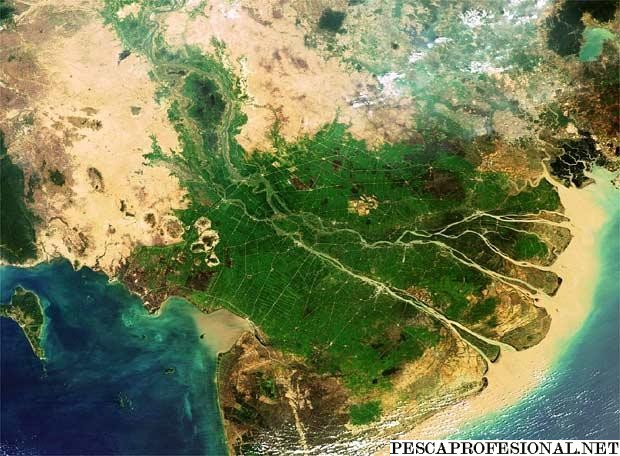 The Mekong is a pillar of the wealth of the Indochinese peninsula, it provides sustenance to a hundred million people. They are caught annually in its waters 1 300 000 t fish. It is estimated that houses a 1200 fish species, some of which are raised. These include Siamese mud carp (Henicorhynchus siamensis), and panga (Pangasianodon hypophthalmus), species with a production of one million tons per year. It is a very cheap whitefish markets in Europe. Other species include Mekong catfish (Pangasianodon gigas) and the Irrawaddy river dolphin beluga (Orcaella brevirostris), both species over two meters long.

Its flow is the basis of other wealth, agricultural, rice being the main product. Its enriched by the silt of the river paddy fields allow to obtain three rice crops a year. In fact, Vietnam is the second largest producer of this cereal.

The river is also rich in human activity. By its tracks, in the XIX century, French, they tried to find a navigable route upriver to China. Their hopes were dashed to come up with the rapid Kratie. Before reaching these rapid transit the river all types of boats, from passenger ferries to cargo ships.

On the banks of this impressive river, They are very representative cities, as the capital of Laos, Vientiane, famous for its canals, pagodas and houses built on stilts. For over a thousand years ago is a leading city for their religious activities, commercial and political. 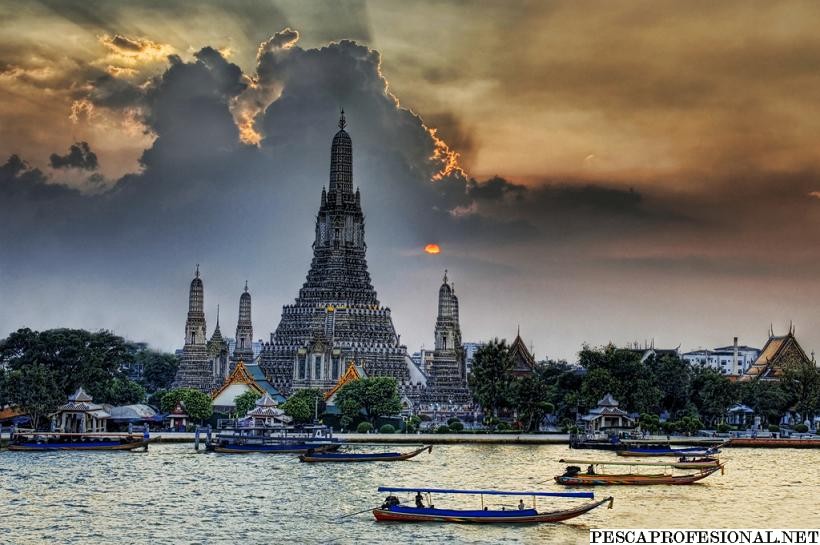 Another important city is historically Luang Prabang, which it was the capital of the Tai-Lao state and later the capital of the Kingdom of Laos until the French colonial era. Cambodia's capital, Phnom Penh, there is also the course of the Mekong.

The rugged Mekong caused more division junction between the villages near him. First Spanish and Portuguese, and later the French were interested in the region and explored, to realize that the numerous waterfalls and rapids along the path of the river prevented navigation, except in certain sections.

Conflicts have proliferated among countries through, with relationships based on distrust more than cooperation. Today these fears persist, especially of small countries to the most powerful.

China's economic growth, and his insatiable need for energy, He sparked the beginning of his campaign construction of dams on the Mekong. The first was the Manwan, just over a hundred kilometers of Dali, in Yunnan Province. The second, la de Dachaosan, and several more are under consideration. According to Chinese, dams are beneficial for balancing the differences in flow at different times of the year.

Nevertheless, neighboring countries claim that its construction decreases the flow of river water, and the amount of fishing, with fatal consequences for their precarious economies.

Thailand has also built dams in several tributaries of the Mekong, and even Laos and Cambodia are planning to follow in his footsteps. With them much needed capital flow would be achieved, by selling energy to more developed countries. But on the other hand, the precarious living conditions of thousands of people, whose incomes are attached to fishing or agriculture, They will be affected. 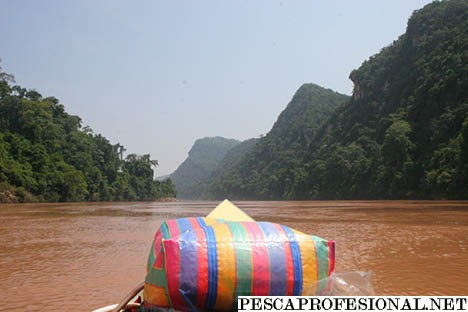 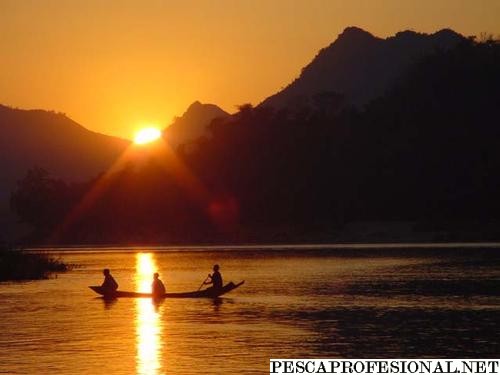