Brown Bullhead, Ameiurus nebulosus,in Spain it is known from INTRODUCION among fishermen as catfish, It is a fish of the order of siluroformes family of Ictaluridae that is widely distributed in North America.

It is a kind of catfish and catfish is similar to the black Bullhead (Mel Ameiurus) And Yellow Bullhead (Natal Ameiurus). It was originally described as nebulosus Pimelodus by Charles Alexandre Lesueur , in 1819, and it is also known as Ictalurus nebulosus.

The brown bullhead is also widely known as the pout of “barro”, “horned pout” O “hornpout” Or simply “clay cat”, Along with other species of Bullhead.

The brown bullhead is important as a symbol of clan Ojibwe group of Native Americans. In its tradition, and Catfish “wawaazisii” It is one of the six beings that came from the sea to form the original clans.

Brown bullhead thrives in a variety of habitats, you including lakes and ponds with mud poorly oxygenated conditions. In many areas of the US, Brown bullheads are opportunists seekers bottom of the river,normally they not exceed 20cm 30cm and half a kilo. 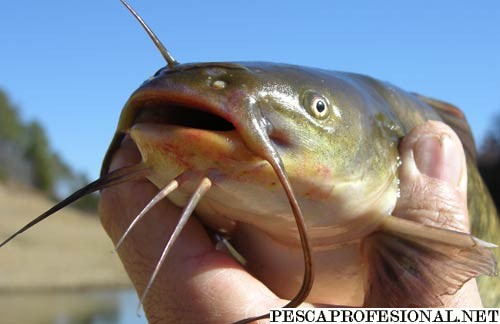 They eat insects, sanguijuelas,eggs other species, snails, fishes, clams, and many plants. They are also known for eating corn, which can be used as bait. They are one of the most voracious fish coming up to swallow up several hooks at once.

Catfish when it reaches a certain age attacks to their own fry because with the growth of fry, the paternal instinct weakens adults.

One of the main predators is the eel catfish, which overnight attacks and destroys their eggs and fry.

Another of the main features of catfish are the first dorsal fin and pectoral spines which are provided with spikes or quite dangerous not so much poison they have to make their painful bites, if not living in muddy waters and often even putrid, can produce large infections. 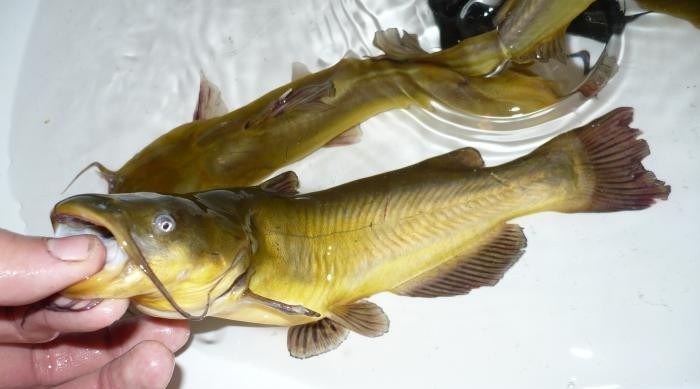 When the water temperature drops, el pez gato is aletarga, burrowing in the mud background, spring sensitive lateral line perceives changes in temperature and agitation which encourages water, with which the fish emerges from the mud and moved into shallow water to spawn on the months of May and June with a water temperature of 18 ° to 20 ° C.