Siluro azul, Furcatus de Ictalurus, It is one of the largest species of North American catfish. The blue catfish is distributed mainly in the Mississippi River drainage including Missouri, Ohio, Tennessee, and Arkansas rivers. This big catfish has also been introduced in a number of reservoirs and rivers, notably Santee Cooper Lakes Lake Marion and Lake Moultrie in South Carolina and James River in Virginia also on Lake Powerton in Pekin Illinois.

The world record actual fishing rod is 124 pounds and was caught by Tim Pruitt on 22 of May, 2005, in Mississippi River. 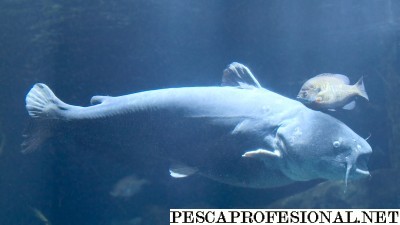 Blue catfish are opportunistic predators and will eat any kind of fish it can catch, along with crabs, freshwater mussels, frogs, and other water sources readily available food (some blue catfish attacked by scuba divers reported.) Catch its prey becomes easier if the dead and wounded or, and blue cats are observed to feed schools under invade striped bass in open water in the tanks or feeding wounded baitfish that have washed over the dam spillways or power generation turbines. 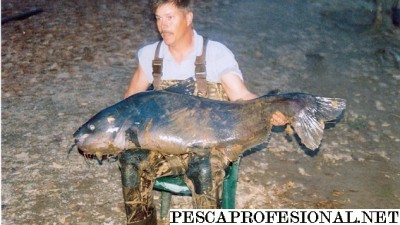 Due to its opportunistic nature, blue catfish usually take advantage of easily accessible food in a variety of situations, that from the perspective of the angler makes cutbaits, deadbaits, and even stinkbaits an excellent choice to target these fish.

Blue Cats also respond well to livebaits, the living river herring and shad a top choice usually followed by the big shiner minnows, sunfish, piglets, and tent. All the above baits can be used successfully as fresh cutbaits good and freshwater drum also works well in this capacity. A rather large piece of cutbait (4-12 inches long) in a fairly large hook (3/0 a 9/0) It is generally a good choice in rivers or reservoirs where a possibility are big blue cats (20 pounds and rise). Depending on current conditions leads extending from the 1/2 a 6 O 8 ounces.

It may be required with 1-2 ounce. a good choice for many situations. To catch big blue catfish in the more current rivers generally the best, Although fishing along the edges and current breaks is often a good choice. Blue catfish tend to favor deeper water in larger rivers and reservoirs, but will feed and spawn of looting in the relatively shallow water.