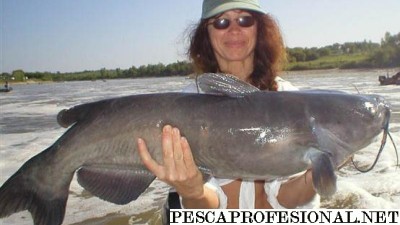 In addition the medium channel catfish of the size you would expect to find in most channels would be between 2 Y 4 pounds. The channel catfish meat is prized by many and the popularity of channel catfish for food has allowed the rapid growth of aquaculture of this species across the United States.

Channel catfish is well distributed throughout the United States and thrives on small rivers, great rivers, deposits, natural lakes, and ponds. Channel catfish is omnivorous including who can be caught in a variety of natural baits and preparations crickets, frogs, bullheads and suckers. Catfish has even been known to take Ivory soap as bait. Channel catfish has very sharp senses of smell. In pits nose it is very sensitive smell sensing organs with a high concentration of odorant receptors. Channel catfish in these organs are sensitive enough to detect approximately several amino acids 1 portion of 100 million water. Furthermore channel catfish have taste buds distributed over the surface of your entire body. These taste buds are especially concentrated in beards round the mouth-on 25 buds per square millimeter. This combination of exceptional senses of taste and smell allows the channel catfish find food in dark water, spotted, or slushy with relative ease.

You have to be particularly effective in catching catfish species. Baits are usually made from some combination of ground fish, chicken, cow meat, cheese, crabs, it, blood, bitter grains, and many other "secret" ingredients. Removing the hook a catfish, Be careful of the spines on the pectoral fins and fin dorsal.Las catfish traps include "slat traps,"Long wooden traps with an angled entrance, and traps wire hoop. The typical bait these traps includes cheese and rotten dog food.

Catfish interception, Nevertheless, He has recently come under scrutiny due to media recovery process. The inherent nature of a trap means that fish can be confined to small areas, occasionally, up to twenty four hours before the traps are checked. Channel catfish requires a complete range of motion for aerobic respiration, but this is not possible in many traps for catfish.