It is also known as king salmon

Chinook salmon, Oncorhynchus tshawytscha,It is a species of anadromous fish in the salmon family and is the largest member of the familia.Es also known as king salmon, Tyee salmon, Columbia River salmon, black salmon, chub salmon,Quinnat Salmon and bocanegra. Chinook salmon are often divided into “races” with “chinook de primavera”, “Summer chinook”, Y “fall chinook” being the most común.Estas races they are determined by the timing of adult entry into fresh water.

Chinook salmon is highly appreciated,in part because of their relative scarcity of Pacific salmon. 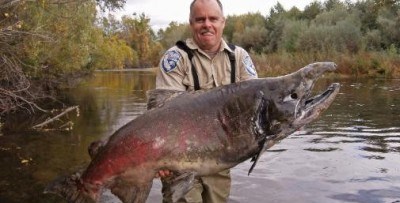 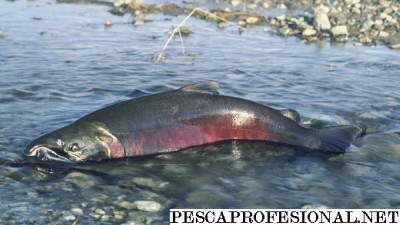 Chinook salmon may spend between one and five years in the ocean before returning to their home rivers to spawn,although the average is three to four years.

The Yukon River has the longest migration routes of all freshwater salmon,more of 3.000 kilometers from its mouth in the Bering Sea to the spawning grounds upstream of Whitehorse, Yukon. The chinook is based on fat stores for energy once they enter the commercial freshwater fish caught at this point are highly appreciated for their unusually high levels of heart health with omega however tres.Sin,the high cost of harvesting and transport of these does a fish that few can afford.