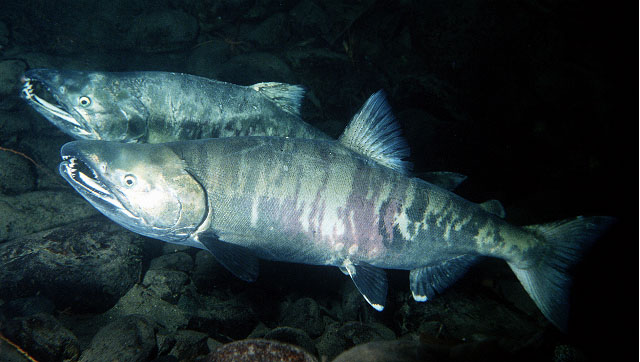 Chum salmon, Oncorhynchus keta, It is a species of fish anádromao the order of salmoniforms. It is a species of Pacific salmon , You can also be known as dog salmon or Keta Salmon, often it marketed under the name Salmon SilverBrite. The name comes from chum salmon Chinook Jargon term Tzum, What does it mean “spots” O “marked”, while “these” It comes from the Evenki language Eastern Siberia across Russia.

Endemic to the Pacific and Arctic Oceans, Bering Sea, the Sea of ​​Japan, and the Sea of ​​Okhotsk. In North America it is from the San Lorenzo River, California, northwest of Alaska, and east of exfoliation, MacKenzie and, possibly, Anderson Rios. During spawning, It is known to raise some rivers over considerable distances or 1.242 miles (2.000 km). In the Mackenzie River, NWT, Glen, travels all the way to the mouth of the Hay River and Fort Smith rapids below, on the river Salve, entering both Dipper and Great Slave Lakes and travels through the Northwest Territories to the edge of Alberta. Like all Pacific salmon, with the exception of specimens landlocked, Chum salmon are anadromous. 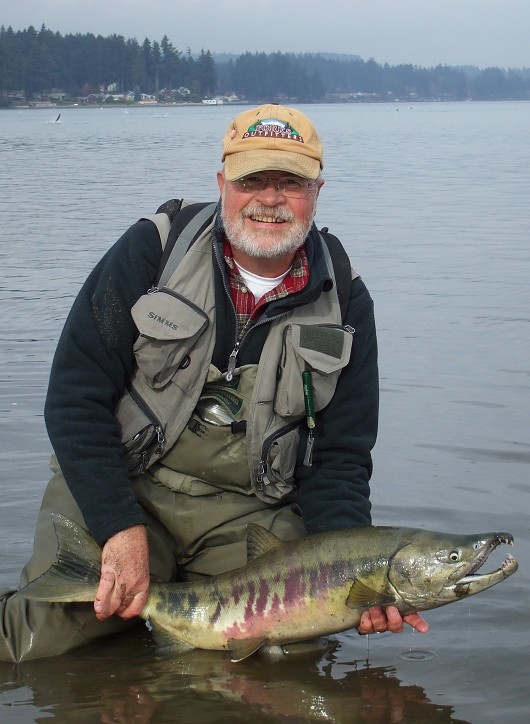 Inhabits oceans and coastal currents. Shoal of fry migrate to estuaries, near the coast for a few months and finally dispersed to enter the sea. Juveniles and adults feed mainly on krill, tunicates and small crustaceans, but in Pteropods, Adults squid and small fish cease feeding freshwater Males and females die after spawning.

You can live 6 a 7 years,in Alaska mature at the age of 5 years. 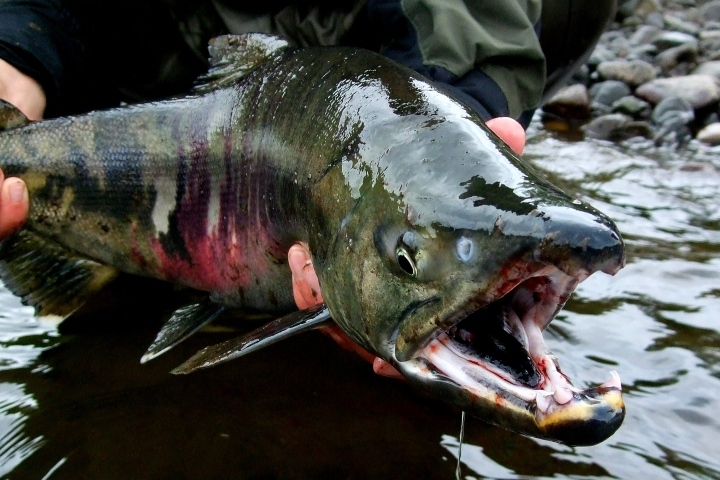 At sea, It is silver in color and has black different spots, although they may have a thin black mottling on the upper sides and back. In turn putting males are olive green with vertical red spots that reach the sides, making this one of the easiest species to recognize Pacific salmon. Color spawning females is less intense, but, essentially the same. Breeding males of the species have big teeth, which may be the origin of the name “dog salmon”, although it is also said that this name evolved because this species is usually fed to sled dogs.

Most chum salmon spawn in small streams and intertidal zones. Some more 3.200 Chum travel kilometers (2.000 miles) to the Yukon River. Chum Federal Republic of Yugoslavia migrate to sea from March to July, almost immediately after becoming free swimmers. They spend one to three years traveling long distances in the ocean. These are the last for spawning salmon (November to January). Die about two weeks after his return to fresh water to spawn. They use the bottom of the tributaries of the basin, They tend to build their nests called REDDs, actually little more than depressions in the gravel protected, at the edges of the surface watercourse and tail deep wells. The female lays eggs in the REDD, the male sperm into eggs, and the female covers the eggs with gravel. The female can lay up 4.000 eggs.

Chum salmon have a history of anadromous life usually completed in 3-5 years, with a few fish that live up 7 years. When the young emerge immediately swim downstream, migration mainly at night, without stopping to eat. Peers stay within the stream for a while, They tend to feed on insects and crustaceans. Within the lower estuary fellow diet change as progress fish in deep water. In shallow waters that can feed on copepods and amphipods. As they grow and move more offshore they will begin to add crustacean larvae, larvaeceans, eufáusidos, pteropods, and fish to your diet. Once the chum salmon out to the open ocean are EPI-pelagic and feed on gelatinous zooplankton such as jellyfish. In southern populations of chum salmon, adults returning to spawn mostly as 3 Y 4 year-old fish, although in the northern populations they are predominantly players 4 Y 5 year old. Chum salmon have two types of actions based on the spawning season. Operating principles of salmon spawn partner from June to September, while the final race of fingerlings from August to January. Southern populations (Washington, Oregon, California) are late run fish entering a stream when increasing flows and cool temperatures. Optimum temperature range migration 8,3-15,6 ° C and optimum spawning occurs within a window 7.2-12.8 ° C. Chum salmon can generate anywhere above the estuary, although mostly generated within the first 200 km river. Whenever the scope, the return of chum salmon closely to their native waters and find small diameter gravel spawning with a suitable flow and dissolved oxygen (80% saturation). Females dig a series of 4-6 redds in succession on the substrate where they deposit an average of 2,400-3,100 eggs in a downstream upstream. As it moves up, the female lays down the number of eggs in each of REDD. Males fertilize eggs and fish may become aggressive and territorial, protect other fish, O “sneakers”, I could try to pay deposits eggs. Male fish are sexually active during 10-14 days and can fertilize the eggs of several females. Fertilized eggs take 2-6 months to hatch. The emerging juvenile remain in the gravel by another 30-50 days living from subsistence of their yolk sac before getting in the water column.