sockeye ( Oncorhynchus nerka ), a marine and freshwater fish of the salmonid euryhaline family, distributed along the northern Pacific coast, from Japan to California, in United States.

The maximum length was described 84 cm, although the normal maximum length is about 45 cm. They are distinguished by long, rake thin and sawing on the first gill arch, as well as the definitive loss of polka dots adorn the backs of other species of the genus Oncorhynchus.Tienen fusiform body laterally compressed, usually little but very compressed in breeding males; the head has small dots and is conically. The lateral line is straight. 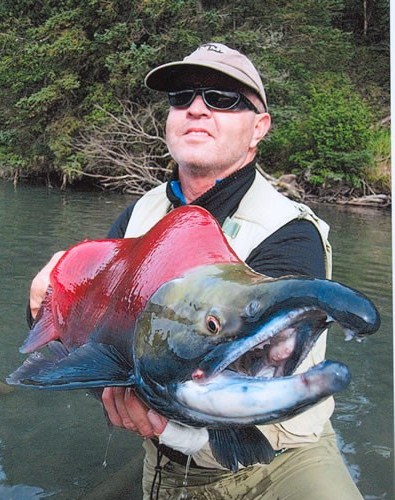 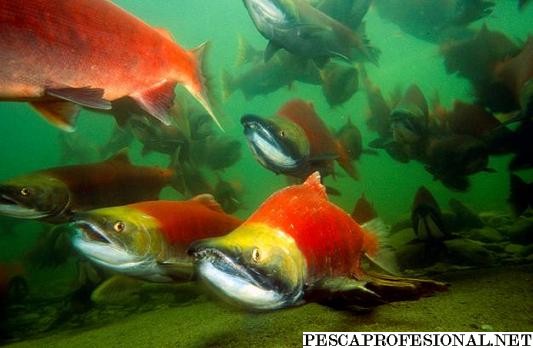 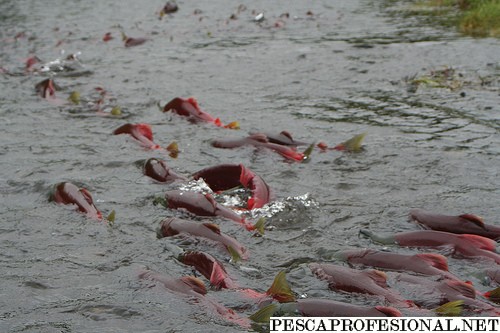 It is a pelagic and anadromous fish ocean, tracing rivers to spawn after spending a lifetime growing in the sea in which lives in temperate waters ranging in depth between 0 Y 250 meters.

There are two ways, there are populations of this species are anadromous and other non. Within anadromous there are some that back the river in their first year of life, going after one to four years growing in a lake before migrating upstream to spawn. In other populations, remains all his life in lakes never go down to the sea, fattening based feed wildlife lake, also to finish up the river at the time of reproduction; sometimes these populations lake has been found to become anadromous to certain environmental conditions and down to the sea. 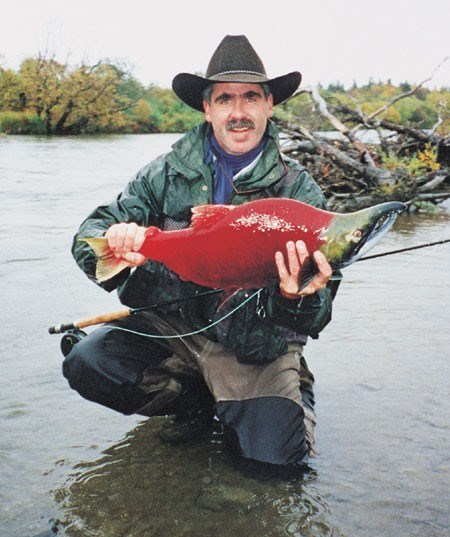 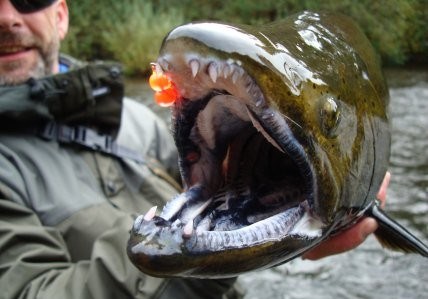 Sockeye is one of the Pacific salmon commercial fishing and more important, for both human consumption and for sport fishing in lakes where they remain populations that do not go down to the sea. It can be found in the fresh market, salt meat, smoked or canned canning, and cooked in many ways, It is a tasty and appreciated meat. 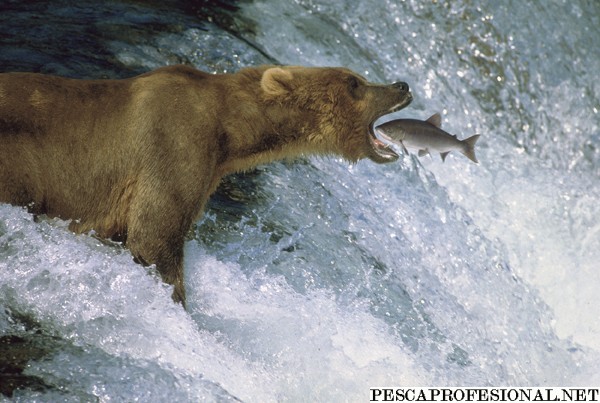 2 thoughts on “RED OR SALMON SOCKEYE”