Bull trout, Confluentus Salvelinus, It is a char ( Salvelino ) Family Salmónidos Northwest native North America. Historically, Confluentus S. It has been known as the “Dolly Varden”(Malma S.), but it was re-classified as a distinct species 1980. Bull trout are listed as a threatened species under the US. Endangered Species Act. 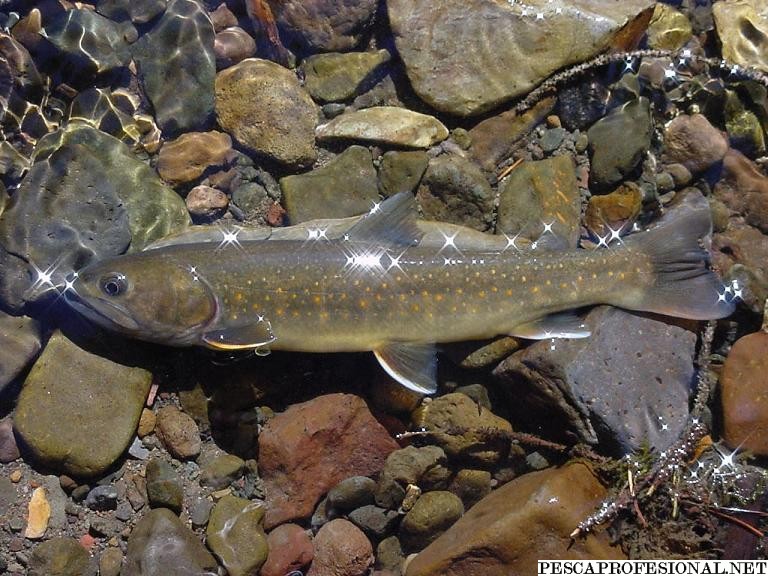 Confluentus S. It is in the cold, clear waters of the high mountains and rivers of the Northwest Coast of North America, including Yukon, British Columbia, Washington, Oregon, Idaho, Western Montana, Jarbidge River and the northern Nevada. Bull trout population exists east of the Continental Divide in Alberta, where bull trout is the fish of the province. The historical range of bull trout also includes Northern California.

Like other species of trout, fins bull trout has the edges of fins white . His head and mouth are unusually large for salmonids, giving his name. The bull trout has been registered, which can measure up 103 centimeters (41 inches) in length and weighing 14,5 kg (32 pounds). The bull may be migratory Truchas, moving through large river systems, lakes and the ocean, or may be resident, staying in the same area all your life. Migratory bull trout are generally much larger than resident bull trout, which rarely exceed 2 kg (4 lb).

Bull trout can be differentiated from brook trout (S. fontinalis) The lack of sites other than the dorsal fin, and yellow spots, orange, or salmon at the back instead of red spots, with blue halos in brook trout. Bull trout has deeply forked caudal fin as lake trout (S. namaycush, and another char. 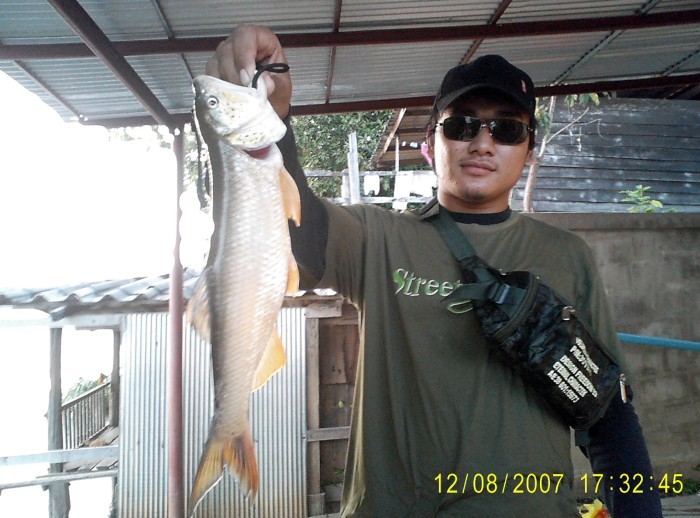 Bull trout habitat demands have, They are requiring water temperatures generally, below 55 ° F (13 ° C), clean funds and gravel, deep wells and large systems vias to accommodate spawning migrations. Thus, They favor areas of cold deep lakes and large rivers, as well as high mountain cold headers. Bull can be anadromous trout in coastal rivers, and it found individuals who have migrated from one river to another through the ocean coast. 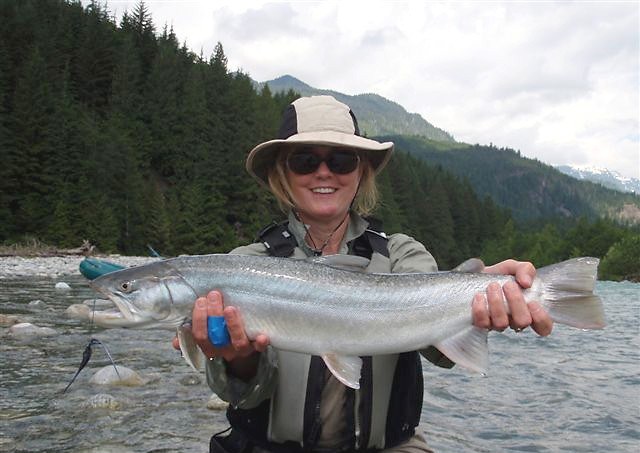 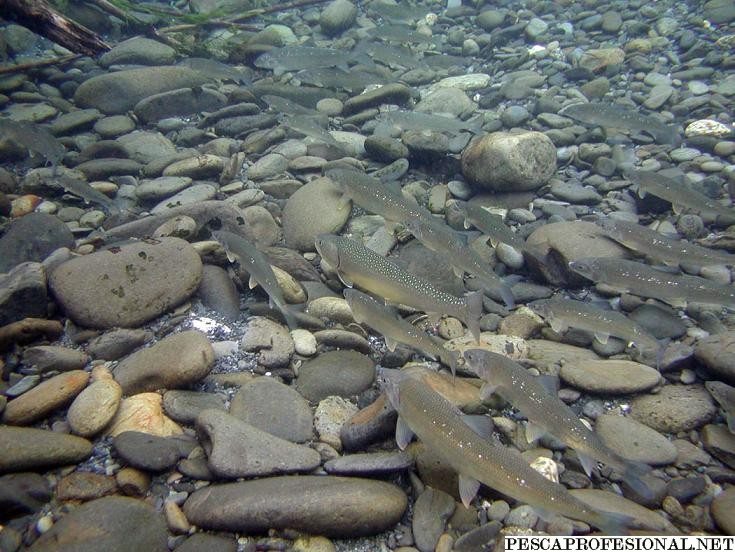 They live in an environment that is very infertile and food can sometimes be scarce, Thus, They have developed a voracious appetite and rarely let in easy meal.

Their main food source is the bottom fauna, the insects, and other fish, They reach sexual maturity around 5 a 6 year old, and in some conditions not until 8 year old. It has also been noticed that Bull Trout will not spawn every year, usually without passing a año.Desovan in small streams with a constant flow of water, to provide eggs a good supply of oxygen. Spawning occurs in the fall usually around September or October, when the water temperature drops to about 9 Celsius degrees.

Piercing females dig and lay a 5.000 eggs, which is then covered with soil. The eggs hatch sometime in April, and offspring, It will spend the next 3 years in the spawning tributary before moving to the main rivers or lakes. 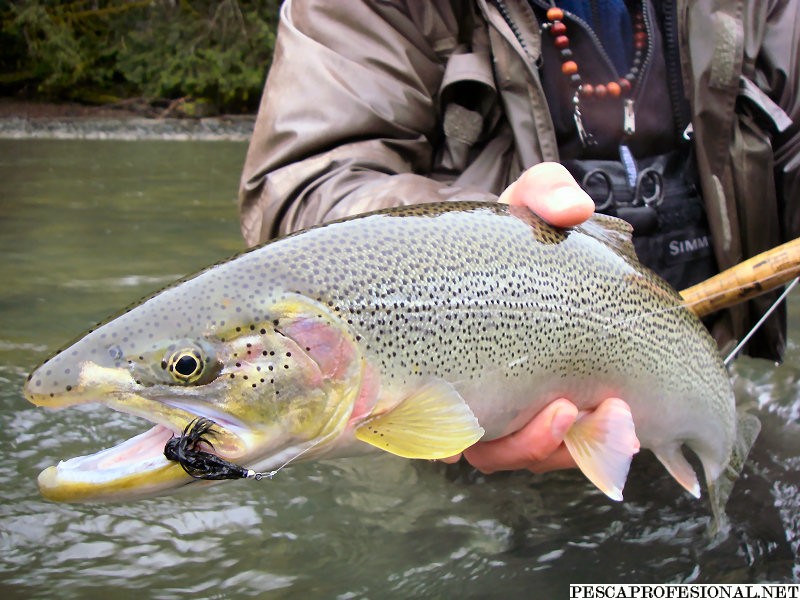 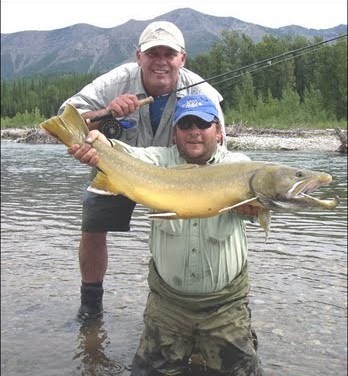 Bull Trout on the Metolius from Joel La Follette on Vimeo.