Micropterus is Greek, what does it mean “small flap” and is a misnomer rather unfortunate that surguió wounded some fish looked like it was separated dorsal fin. Treculi refers to Trecul, French compatriot Vaillant and Bocourt. Trecul really captured the sample. Guadalupe bass is usually green and can be distinguished from other similar species found in Texas, because it has vertical bars as smallmouth bass, his jaw does not extend beyond the eyes and largemouth bass, and coloration extends much lower in the body than the low stained. 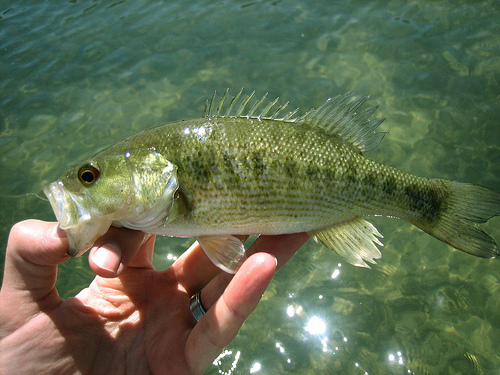 They do not reach large sizes, as they adapt to small streams. Nevertheless, a propensity to whitewater, and its ability to quickly use the water to their advantage when we nailed, They make a very desirable sports species. Preference for small streams increases its appeal for fishermen.

Males and females reach sexual maturity when they are one year old. Guadalupe bass spawning begins in March and continue through May and June. A secondary spawning is possible in late summer or early fall. Like all low , Guadalupe bass build nests for spawning gravel, preferably in shallow water. As with the smallmouth bass and spotted bass, males tend to build nests in areas with a higher flow rate than the black bass (black bass). When a male has successfully attracted a female to his nest may be determined 400 To over 9.000 eggs. The female is chased distance and the male stands guard on incubating eggs. After hatching, fry feed on invertebrates and change as they grow piscivory. Very young fish and older adults tend to include more invertebrates in their diet than the largemouth bass. Youth and younger adults tend to include more fish in their diets than largemouth bass. 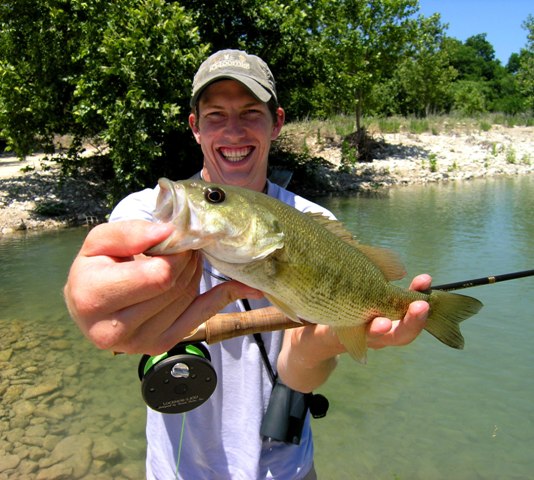 As usual, Guadeloupe are low in running water, while the bass is in the calm water.

Guadalupe bass is found only in Texas and has been named the official state fish. It is endemic to the northern plateau and the east of Edwards including the San Antonio River headwaters, the Guadalupe River above Gonzales, north of the Colorado River in Austin, and portions of Brazos River Basin. Relatively small populations can also be found outside the Edwards Plateau, especially in the lower Colorado River. Introduced existing populations in Nueces River system. 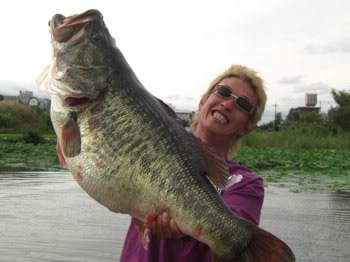 Guadalupe bass, like other “black bass”, including largemouth, smallmouth, stained and low, It is not low at all, but a member of the sunfish family Centrarchidae.