Silver carp is a species of freshwater fish in the family Cyprinidae of the order Cypriniformes. 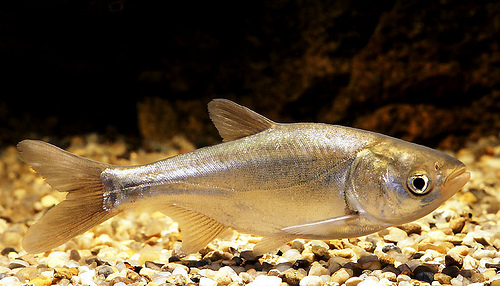 It is a variety of native Asian carp northern and northeastern Asia. It is grown in China. Silver carp produced in aquaculture worldwide for consumption has introduced humano.Se, or extended through water courses connected, at least 88 countries around the world. The most common reason for imports was for use in aquaculture, to increase wild fisheries and control of water quality were also reasons for imports. 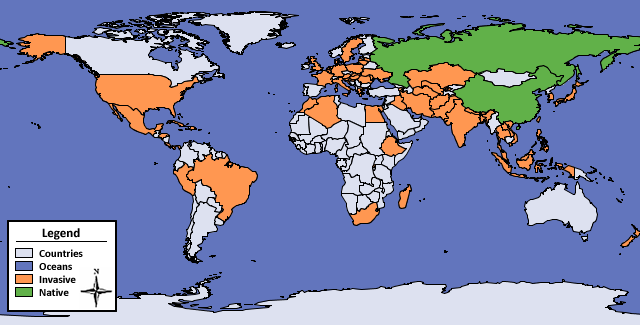 Silver carp feed primarily on phytoplankton, y debris zooplankton, It has a filtering apparatus niche, capable of filtering particles down 4 microns, secrete mucus that helps trap small particles. Silver carp, like all species Hypophthalmichthys, They have no stomach. Because of their habits they feed on plankton, there is concern that they will compete with native fish planktivorous, in North America include paddlefish (Polyodon spathula), sábalos (cepedianum Dorosoma), and young fish of almost all species. Because they feed on plankton, sometimes successfully used as methods for controlling water quality, especially in the control of harmful cyanobacteria (blue-green algae). Nevertheless, these efforts are sometimes successfully. Some species of blue-green algae, in particular the often toxic Microcystis, They can pass through the intestine unscathed silver carp, and collect nutrients. 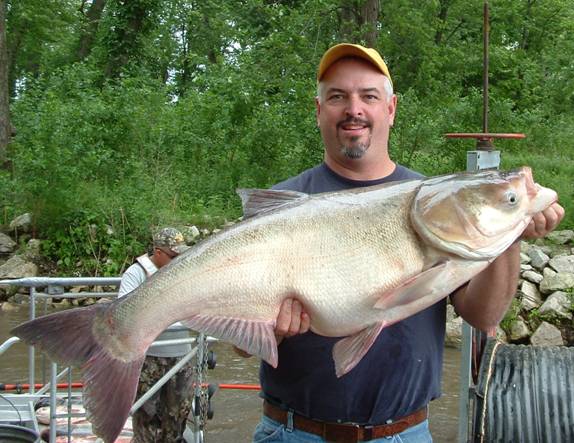 Silver carp are filter feeders, and therefore they are difficult to catch sportingly. They have developed special methods for these fish, the most important being the “suspension method” usually it consists of a ball of large mass that slowly decays, surrounded by lots of small hooks that are not integrated into the bait. The whole apparatus is suspended below a large cork. The fish feed on the small particles that are released from the dumpling and sink into the hooks. 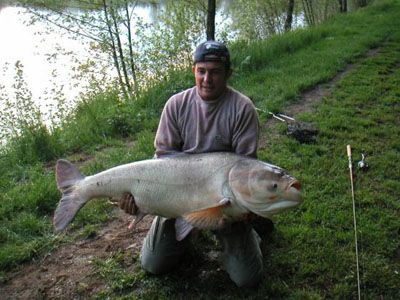 In the U.S, silver carp are also popular targets for bowfishermen, ( archery ) both from shore and boat. On this last case, boats are used to scare the fish and throw them when they jump heights reaching three meters.

Silver carp was imported to America in the early 1970 to control algae growth in aquaculture facilities and treatment of municipal wastewater. Escaped from captivity shortly after import. They are considered a highly invasive species.