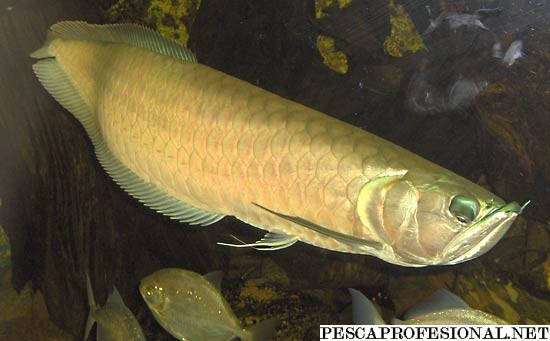 The arawana belongs to a small family of ancient fish confined to inland waters in Africa , South America ( Amazon River basin and the Rupununi and Oyapock rivers in South America and in calm waters in Guyana ) and Southeast Asia to Australia. 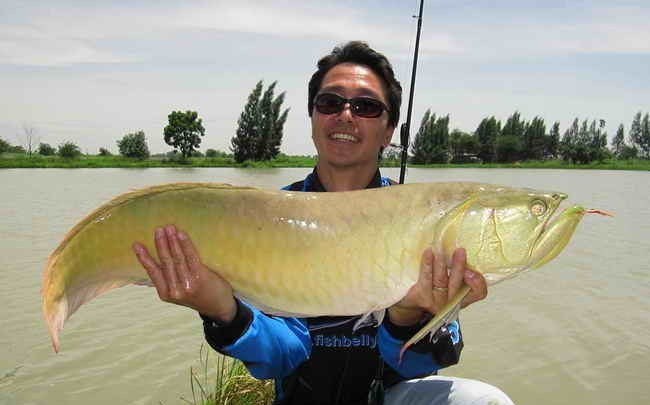 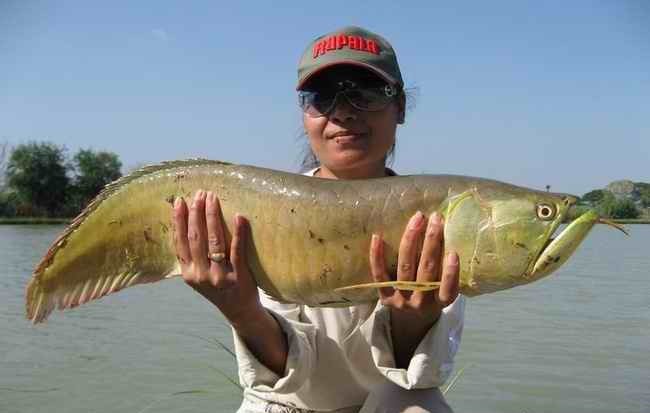 The species is also called monkey fish by its ability to jump out of the water and capture prey, You can jump out of the water over 3 pies (1 metro) to catch their prey in trees. Usually they swim near the water surface waiting for potential prey. Although samples found traces of birds, bats and snakes in their stomachs, their main diet consists of crustaceans, insects, small fish and other animals floating on the water surface.

Arowana are sometimes called Dragon Fish by aquarists, because shining armor like scales and double chins are reminiscent of descriptions dragon in the Asian folklore.

You can fish with bait fish , shrimp or insect also with artificial baits, such as fish, spoons and spinners can be used to capture arawana when this aggressive. 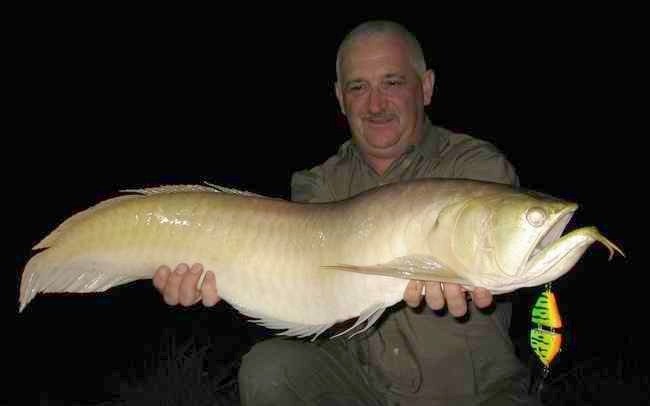