The giant grouper (Epinephelus lanceolatus), It is the largest bony fish that live among the reefs, and marine emblem of Queensland, Australia. 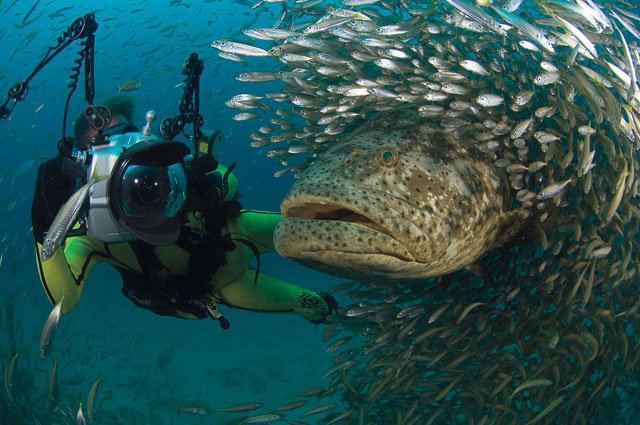 The adult fish can reach 2,7 meters long and 600 kg. It has a very wide mouth and a fan-shaped tail. Their fry have black and yellow irregular marks, while adults are gray-green to greenish gray. They have numerous small black markings on the fins. 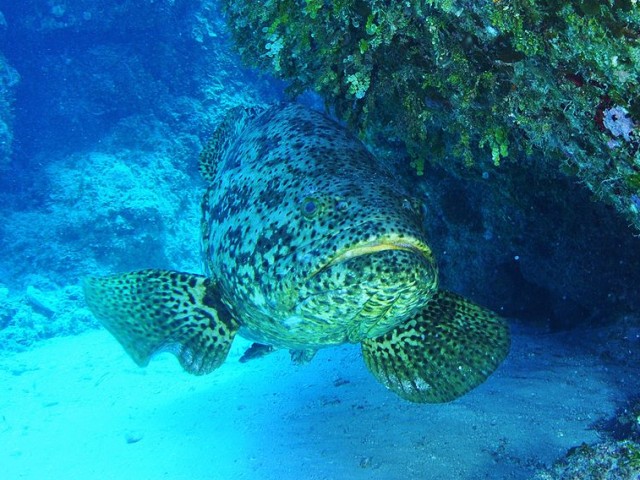 Operculum accompanied by 3 thorns – A main column with one below and one above it.

Son mere protóginos hermaphroditic. Despite their attractive colors they need zooplankton as food and therefore are not well suited for aquariums.

Groupers reach up 3 m in length and weighing up 400 kg . Background are predators and highly commercial food fish .

The Serranidae family belongs to the Class Actinopterygii (finfish) and the Order Perciformes. It contains 62 genres and 449 species. It can be found in Marina , Salobre , And freshwater environments and is primarily Marine. Many members of this family are used in the aquarium trade.

Ecology: E. lanceolatus is the largest of all coral reef . They tend to be solitary and inhabit lagoons and reefs offshore at a depth of at least 50 meters. Large individuals usually have a cave where often stay.

It is unusual for a species large individuals that can be found in some coastal waters , Including rocky areas, caves and wrecks and estuaries. In general it is more often than they are in shallow water. Even within salobres.Especímenes nothing more than a meter long areas have been caught near shore and in ports.

His favorite food in coral reefs and rocky areas are locusts. It is also known to eat a variety of fish , Including small sharks and turtles.

The maturity size is believed to be approximately 129 cm and max size is 270 cm. Rarely reaches its final weight of about 400 kg . The larger it grows, more timid becomes.