Some experts consider this TIBURON THE WORLD'S MOST DANGEROUS surpassing even the Great White Shark.

Surprisingly few people have heard of it. The bull shark, Carcharhinus leucas,It is the one that has attacked bathers in shallow water.

It can be found in the Amazon River in South America, the Zambeze (so it is also called shark Zambeze) and Limpopo in Africa, in Lake Nicaragua in Nicaragua and the Ganges in India.

It feeds on all kinds of animals, including other sharks. It can be dangerous to humans, because hunting in places where people usually swim. The ability to have this shark to enter the fresh water thanks to a special gland with kidney that allows them to hold the salt water in your body and expel fresh water, which for other shark species would be fatal. Fresh water causes the cells of other sharks explode and subsequently lead to death. These sharks can be kept in rivers, lagoons and estuaries near 1 year or more, allowing them to get closer to humans.

It is known that this shark mating seasons is one of the animals with the highest levels of testosterone, even higher than those of a male African elephant more and also in heat, which makes it an extremely territorial animal.

The bull shark, It is on top of his body a greenish color and light brown, ideal habitat in which it is. Mothers of bull sharks give birth in estuaries, where the young grow and develop to reach larger and then out to sea. 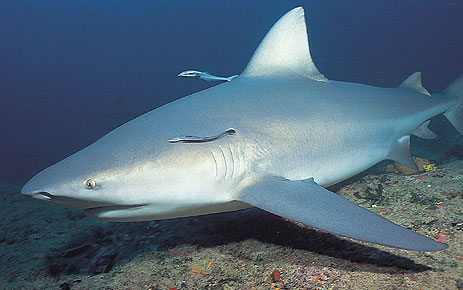 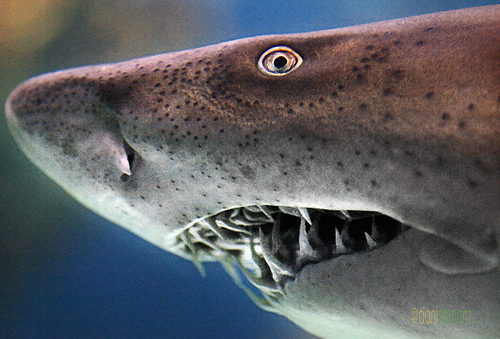 The bull shark name given to various shark species by region:

Carcharias taurus, along with other species (occasionally) Carcharias gender and Odontaspis, in Spain.

In Australia this species is also known as freshwater whale. Africa is called the Zambezi shark. In Central America it is often known by the name of Lake Nicaragua shark. It has also been known as Shark River, Shark square nose and more … .. In Australia same spot confused with other species, especially the bronze whaler. 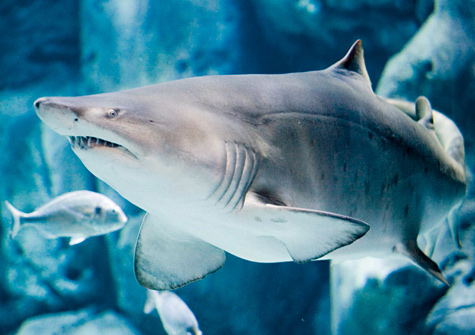 It found in some freshwater systems including the Brisbane River, Herbert River, Swan River, The Clarence River, Daly River, El Lake Macquarie. In Australia, You are responsible for a large number of attacks and deaths.

Many experts think that this shark is responsible for most deaths, tickets around Sydney Harbor in the past. The bronze whaler has also been misidentified when it was really a bull shark. Until recently, researchers thought that sharks in Lake Nicaragua were separate species because there was no way that sharks move in or out. It was discovered that jumped over the rapids as salmon. Tagged sharks within the lake were caught later in the open ocean. 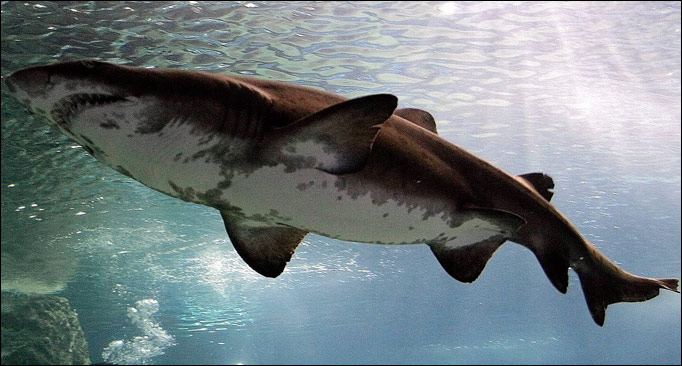 In India, the bull shark crosses over the river Ganges, where he has been attacked and killed a A lot of people. corpses floating in the river also eat. Many of these attacks have mistakenly attributed to the Ganges shark (Glyphis gangeticus), a fairly rare species that is probably the only shark species, In addition bull shark you can live comfortably in salt water or water I dulce.Debido the large number of attacks that have occurred along the Ganges River, Ganges shark has a fearsome reputation in India.

In 1975 a ferry with passengers sank Delta Ganges- Brahmaputa. Until 50 Of these passengers they were killed by sharks. Africa is where it is often called the Zambezi shark is known to be the cause of many deaths of swimmers in shallow water. In a period of six months during 1961 it is thought that was responsible for numerous attacks in the Limpopo River mouth. In 1970, a fisherman working at a depth of 5 feet of water near a river, a 12 miles from the sea in Mozambique when a bull shark attacked him. It was his mangled arm and then as floundering underwater with sharks, the fight ended with the beheading of his head. Africa has been given the nickname “Beach worse shark attacks in Amanzimtoti, a popular beach land”. This beach has more than 12 Shark attacks. All have occurred in muddy waters. 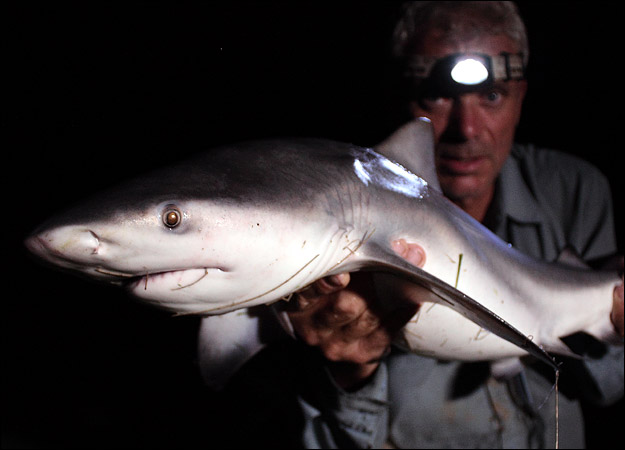 The bull shark can be very aggressive with divers but have not been able to confirm, any attack on a diver.

It is a shark with a heavy body, with a short nose and a second dorsal midsize. It has triangular upper teeth, large serrated. It has powerful jaws. Studies of this shark believe that live near 14 years and prefers to breed in river mouths.

There are also many aficcion for fishing of these large sharks. 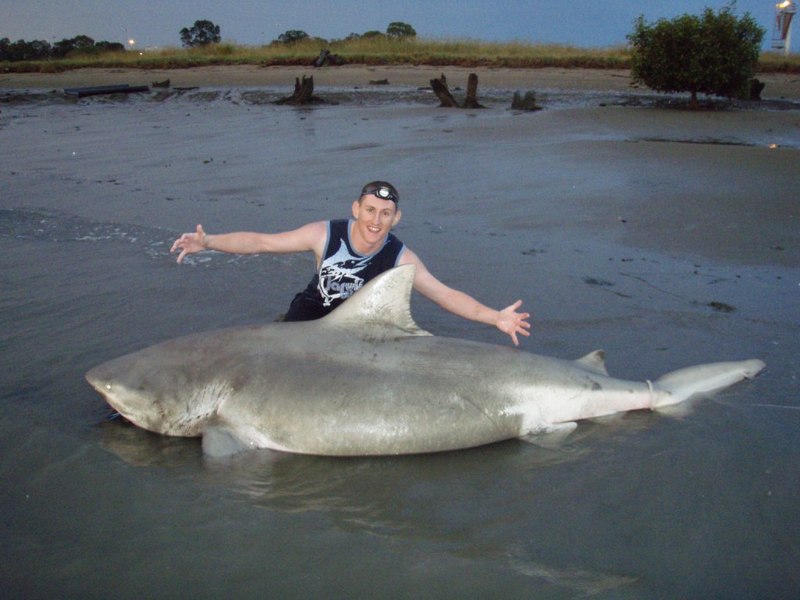 TIPS FOR POWER reduce the chance of a shark attack

NOT ANY OF THESE OS COJA