La miss (miss fluviatilis) It is a fish of the family Percidae abundant in rivers and lakes in most of Western and Central Europe, before distribution came to Siberia. In the Iberian Peninsula it has been introduced in the basins of northeastern for use in sport fishing. 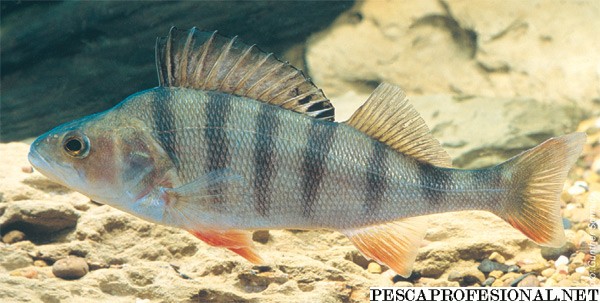 The size of the European perch vary considerably puedce, in Australia, fish are sometimes much larger than in his native Europe. Perch can live up 22 years and perches are often much larger than the average, the maximum length is recorded 60 cm (24 inches) and a maximum weight of about 10,4 kg (23 lb) in Australasia,up less than 3 kg (6,6 lb) in the United Kingdom (British record stands at 6 pounds 2 ounces), They are growing moderately larger maximum continental Europe than in Britain. 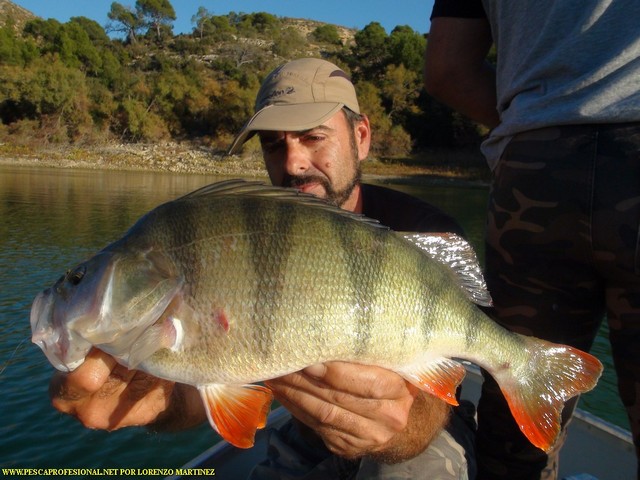 Spawning occurs in spring, when the water temperature reaches 12 ° C. Thousands of eggs are laid as gelatinous ribbons between freshwater plants. Eggs are 2-3 mm in diameter, and the larvae hatch in 1-2 weeks the fry are large shoals.

Perch generated in late April or early May, deposit it in the weeds, or branches of trees or shrubs that have been immersed in water, condition does not enter again until July. Eggs are known to adhere to the legs of waders and then transferred to other waters that the visit of birds

The species is very popular and has been widely introduced beyond its native area, in Australia, New Zealand, And South Africa. Which they have caused substantial damage to native fish populations in Australia.