Conger conger eels (other less commonly used names are: save, snake or negrillo) It is the Conger conger species, a fish of the family of cóngridos, common in the eastern North Atlantic, as well as throughout the Mediterranean, Black Sea. 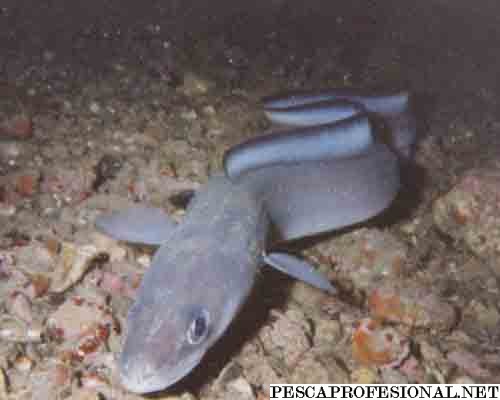 Typically they have the cylindrical body Anguilliformes, with a skin without scales, con una apertura gill, slit-shaped, that reaches the womb. It lacks ventrals but has pectoral fins.

They are usually blackish gray, with paler and black edges belly flaps. Carnivorous fish are found in all oceans, sometimes deepwater, conger eels can grow to a length of about 1,8 meters (6 pies). Many species, como el congrio Europea (Conger conger), They are valued as food. El Congrio americano, or sea eel (Oceanicus C.), It is a fish of the most ferozes.

Conger eel largest captured in England was caught off Falmouth in Cornwall and weighed 210 pounds (95kg).

The world record was held in Iceland for an eel weight 305 pounds (139kg). 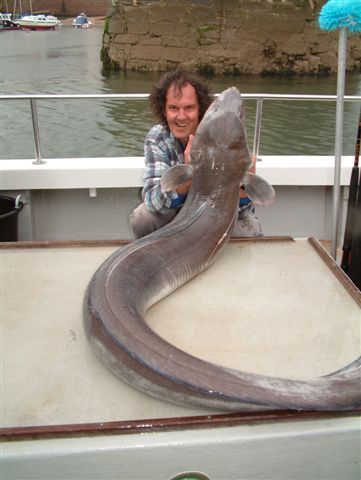 Conger can be found all around the coast of Britain.

It is located in the Wrecks, reefs and prefers rocky habitats.

Overnight, They tend to swim in shallow water near the shore.

Despite its enormous size and aggressive appearance, conger is a shy creature and quickly retreats to his den when threatened.

Like most congrios,0 eels have no scales, instead these are covered with a thick layer of protective mucus of very slippery. 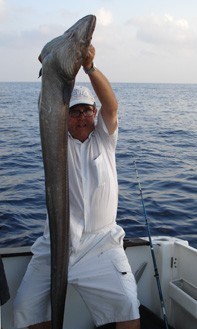 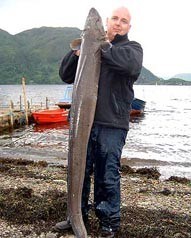 Congers are nocturnal, usually they are looking for food at night using his sense of smell. They feed mostly on fish (mainly diurnal species, they are easily trapped and helpless in the dark). They also feed on crabs, shrimps and molluscs. .

His extraordinary dentido of smell helps you find food in the cracks and crevices of the rocky bottoms, They have a huge appetite and grow very quickly,a year you can already measure meter long.

Like the American eel, conger eels have a very complex and unusual life. Adults lay eggs after about fifteen years. Before spawning takes a long migration of hundreds of miles from shore. As adults migrate to stop eating and their bodies begin to change radically. The shape of the head, They will fall teeth and bones jelly. Male eyes caught a huge size. Once lleguan to spawning the female lays the eggs and the males die. A large number of eggs produced, up to five million for a single female. .

When these eggs hatch the young are as small transparent tape. This larval stage called leptocephalus larvae. The leptocephalus makes a journey of their own way of all the coast back home parent. During the trip about two years larvae slowly change shape and after this metamorphosis to become elvers (called elvers) reach 10 centimeters in length.