Under corvina the common name is known species of marine fish sciaenid, within the Order Perciformes. The best known species are sea bass or perch regia (Argyrosomus regius) and black sea bass (Sciaena umbra), very typical of Mediterranean sea. They are greatly appreciated in gastronomy and sport fishing. 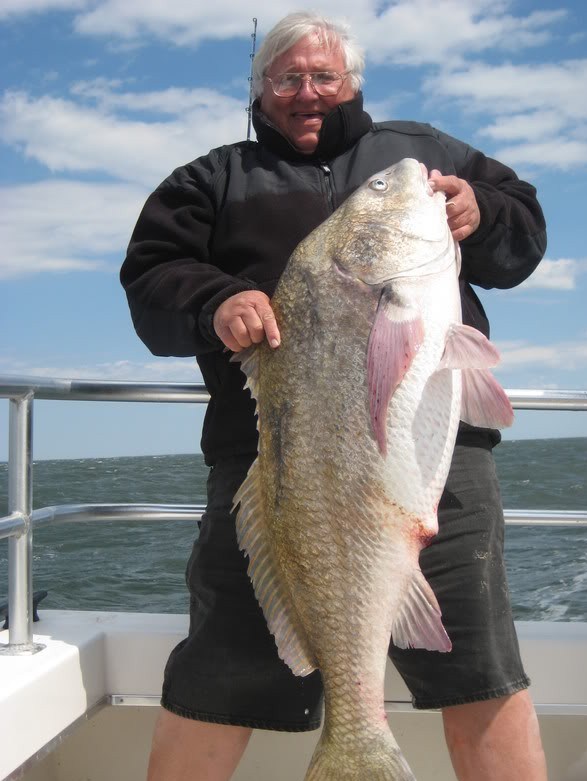 Elongated body with rounded snout, the mouth is wide with small pointed teeth. Silver gray clearing something that can have side golden reflections, the belly is silvery clear. The edge of the tail is substantially straight. Differentiated little dark spot on oérculo. Inside the mouth golden yellow.

It is preferably fed crustaceans,fish and shellfish.

You can overcome 90 kg, and grow to almost 2m. The scales are large and also has in mind, although these are smaller. 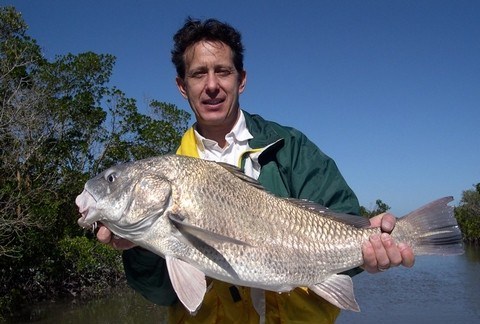 They found along the Atlantic coast and the Mediterranean. In sandy areas, mud, seagrass.

Fry to the size of "corvinata", They found in estuaries and marshes as Odiel, where he finds shelter and food to march to the sea. Adults also frequent these marshlands open sea, but increasingly lesser extent. 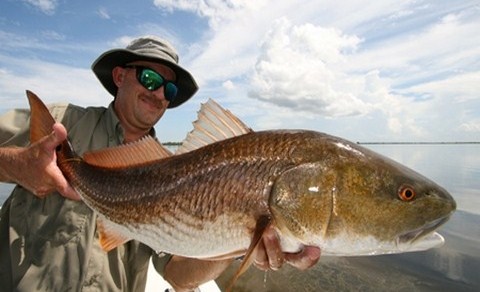 It is a fish that usually move in banks a few individuals pursuing to the surface of the fish that feed voraciously.

One of the best baits for corvina is live shrimp. 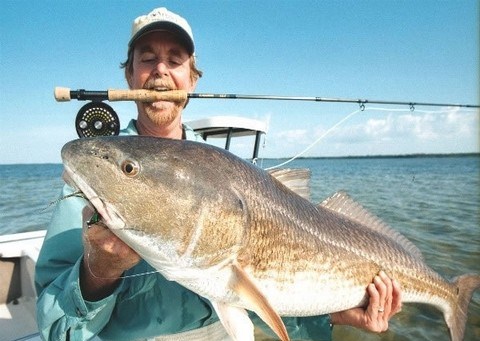 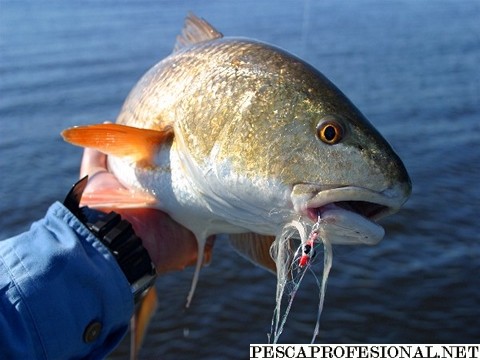 La feeding activity is substantially reduced when the sea temperature drops below 13-15 º C.

During playback migration, few adults approach the waterfront in mid-April. Enter estuaries in late May to spawn (anadromous migration). During the spawning season, males produce a deep sound typical, pushing their abdominal muscles against gas bladder. From mid-June to the end of July they will feed the estuaries of the coast. They remain in shallow waters until the beginning of autumn. In the winter, return to deeper waters.

Fry out of estuaries in late summer and migrate to coastal waters (20-40 m) for the winter. From mid-May return to their estuaries their areas alimentacion.La water temperature is the most important factor determining the trophic migration and reproduction. The arrival of adults and out of juvenile estuaries occurs in May and October, when the water temperature is close to 13-14 º C. The best temperature for growth is between 17-21 º C, with an acceptable range 14-23 º C. A female 1,2 m produces about 800 000 eggs, spawning occurs 17-22 º C. As the fertilized eggs 990 micron diameter. After 30 hours, lipid droplet is completely absorbed. At 96 vitelina hours sac is almost consumed and open mouth, pelagic life is quite short. Larvae need temperatures above 20-21 Fecundar.los ° C for demersal fish fry and eat small crustaceans (mysid and shrimp). When they reach 30-40 cm, feed on pelagic fish and cephalopods.

Croaker fish can therefore thoroughly with stop boat using, sardines, anchovies,mackerel,Green sand wandering crab,aunt, Lisa live is one of his favorite baits, and the currican with all kinds of artificial lures both the bottom and surface.

The best times for fishing are dawn and night.