It belongs to the family of Actinopterygii, the only family included in the order Albuliformes. Its scientific name is Albula vulpes(Linnaeus, 1758).

It is amphidromous , They are living in tropical coastal waters, shallow pass to the marshes to feed on the next tide , and retreat to deeper water as the tide turns.

It is a compact fish and fusiform, dark silver, the bases of the pectoral fins are yellow, can reach 8 kilograms and over one meter in length. The head ends in a conical snout covering a mouth devoid of teeth, that they are found in pharyngeal position.

It is in all the shallow waters of tropical and subtropical seas, shoals and rarely in brackish water or river.

They live mainly in shallow sandy funds and also on grass backgrounds warm tropical waters, but also they spend much of their lives in deep water, up 1,000 pies (300 m) depth.

It is carnivorous and travels in numerous bands over all in the first years of life, then begins to reduce “company” up to move alone or in pairs.

It feeds on small crustaceans removing the bottom leaving, many times, long tail out of the water.

Shrimp and live crabs are some of the most effective bait for this species. 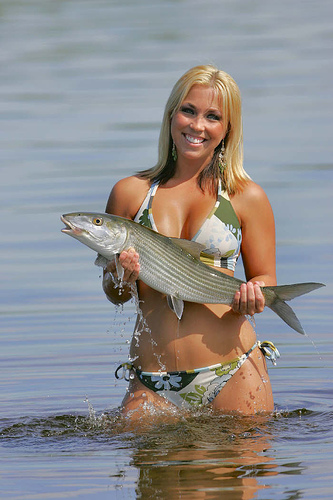 This fish can enhance tolerance to poor water oxygen by inhaling air in a lung-like airbladder. 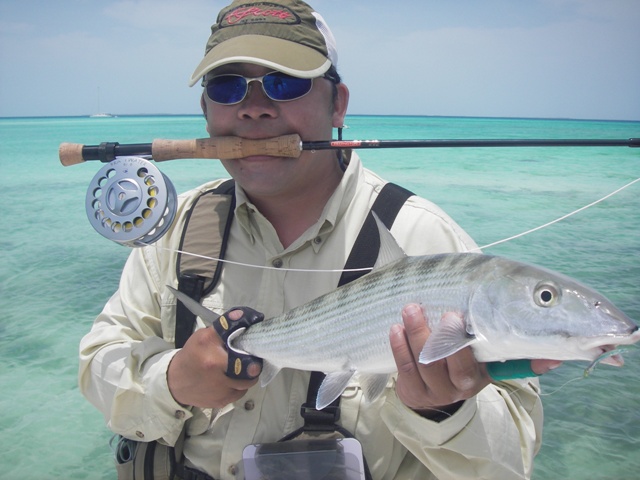