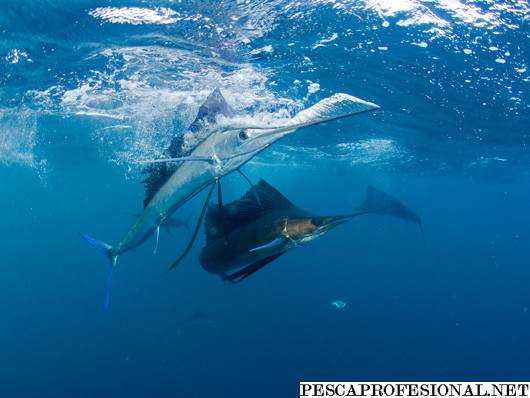 In short distances, sailfish blue metallic color is one of the fastest fish in the sea. You can reach up 109 km / h thanks to its streamlined, muscular body. Above it, is only Mako, you can reach 124 km/h. It has a rigid tail crescent, suitable for speed; and high dorsal fin, O “sailing”, water as short knife. The muzzle end tapers to a very sharp point. It feeds on fish and squid, and release their eggs at sea. With its three meters long and one hundred kilos of weight is, Besides, one of the most elegant ocean animals. 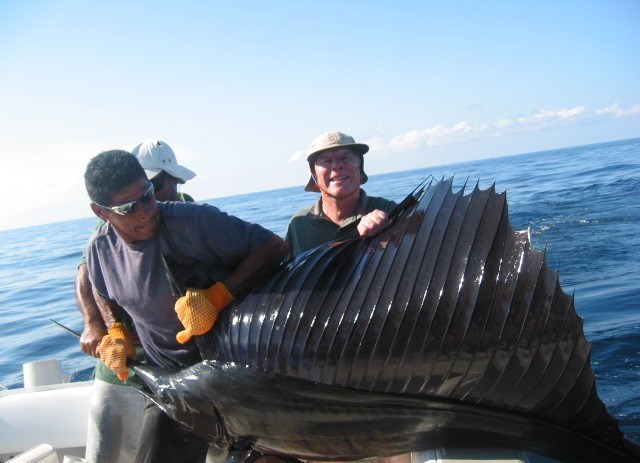 Sailfish are the fastest marine fish to reach speeds of 30 meters per second which is about 109 kilometers per hour. So it could traverse along an Olympic pool in less than two seconds (an Olympic pool measures 50 meters). This speed achieved thanks to a powerful flow peduncle, In addition it is thought that the extension of his upper jaw is an aid to cleave the waters by favoring their hydrodynamics. 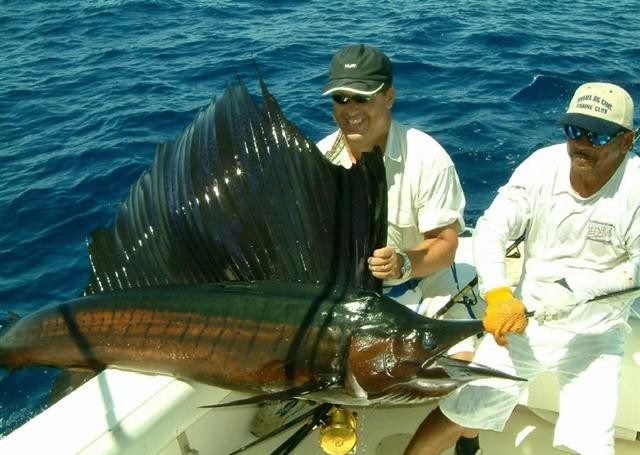 he is frequently confused with spearfish or swordfish, with which it has shared its spectacular jumps out of water, but they belong to different families.

It is considered the noblest of fish that can be caught as it offers a great resistance treated by strong underwater and spectacular jumps races rid of the hook that pierces the jaw.

Also they strike with his sword prey before embocarlas.

In 1963 dams were achieved with an average weight of 120 kg. Now it considered an excellent prey which can weigh 40 kg, showing that the copies are currently being youth fishing and overfishing does not allow sailfish get persecuted as adults. 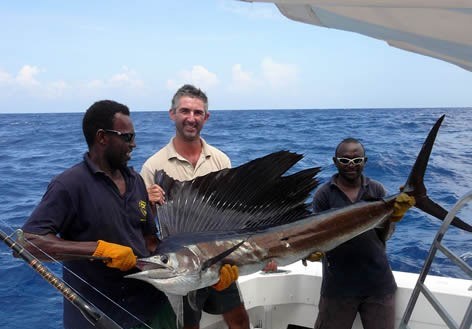 The sailing fishing usually live and dead bait plus any kind of currican and artificial squid.

Sailfish are very good for Zafar bait the hooks. 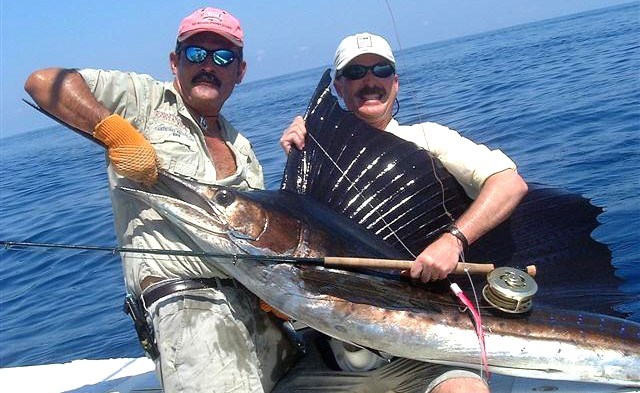 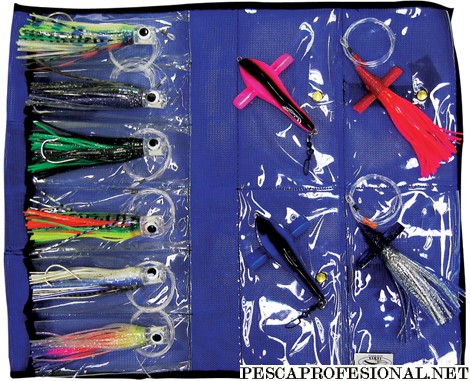 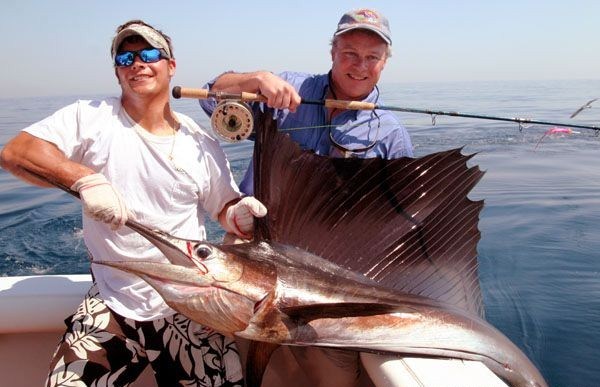