Muskie tiger is a hybrid produced when a male pike (Esox lucius) fertilizes the eggs produced by a female muskellunge (masquinongy E.). Thus, it is conceivable that one could find a tiger muskie anywhere that the muskellunge and northern pike are presented together, although not a common fish anywhere. They can also be found in areas where they have introduced, but populations are, naturally, self-limiting because the tiger muskie is sterile and can not reproduce.

The tiger muskie has a much shorter shelf life (8-10 years) the original muskellunge (15-20 years). 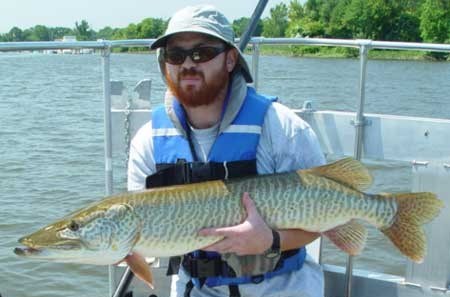 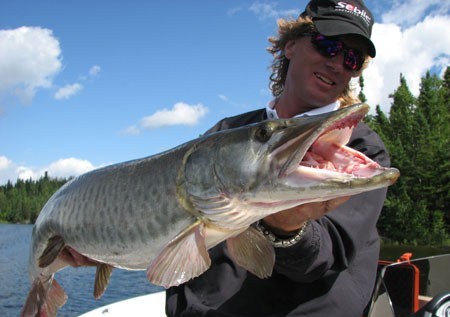 Tiger populations are introduced Muskies, naturally, autolimitadas, because hybrid is sterile and can not reproduce. His numbers thus can be controlled over time. Likewise, It grows quickly and is aggressive, so it is an excellent catch for fishermen. 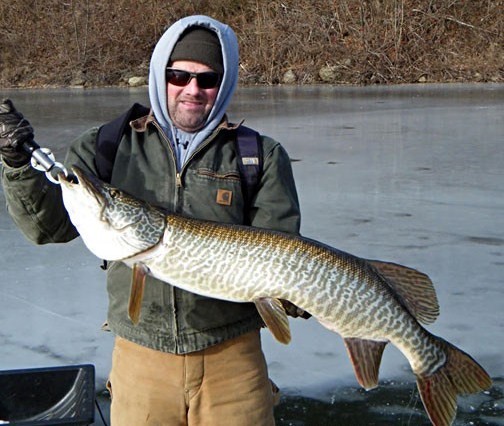 The Muskie tiger has a distinctive look and not be confused with the muskellunge . In many aspects, especially in the size and appearance, the hybrid is very similar to the original muskellunge, and fishermen have the hybrid l in higher esteem than the original Muskie for its rarity, Beauty brands, and its sporting value. The Muskie true can have bars or spots on the sides or no marks at all, but it is rarely so amazing and beautiful, like Tiger Muskie, with fringes throughout the body, which they are set against a lighter background.

As with many hybrid fish, the body of the tiger muskie is a little deeper than that of either parent of comparable length. Cheeks and jaw are usually observed, with 10 a 16 pores existing at the bottom of the jaws. The tip of the tail are more rounded than the original Muskie, and fins have different stains. In the larger specimens, fins, especially the tail fin, It seems to be much greater than in a real Muskie. 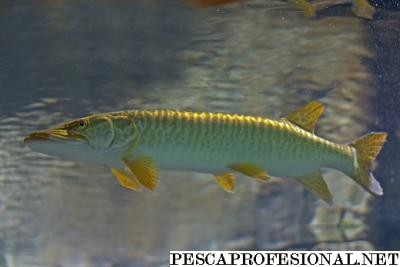 Today is one of the freshwater catch more precious than a fisherman can do.

They are large predators 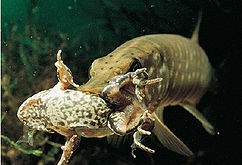 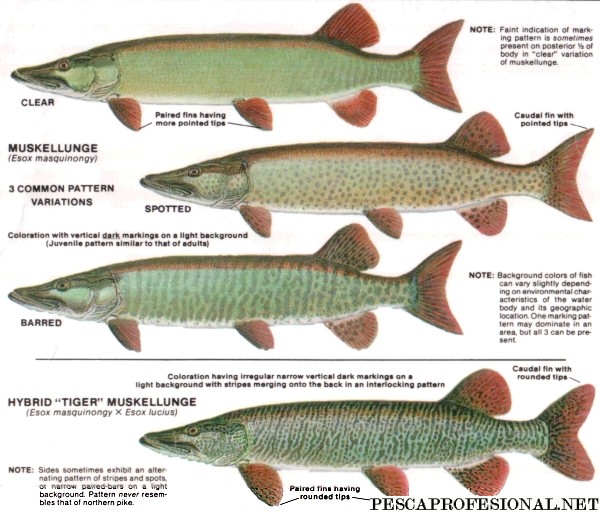