Clarias gariepinus locally called magur Africa, It is a species native to Africa, where it is widely distributed. Naturally inhabits tropical swamps, lagos, rivers and floodplains some of which are subject to seasonal desiccation. In recent years the species has been introduced in Europe, Asia and South America. The species is easily adapted to environments, where the water temperature is above 20 ° C. 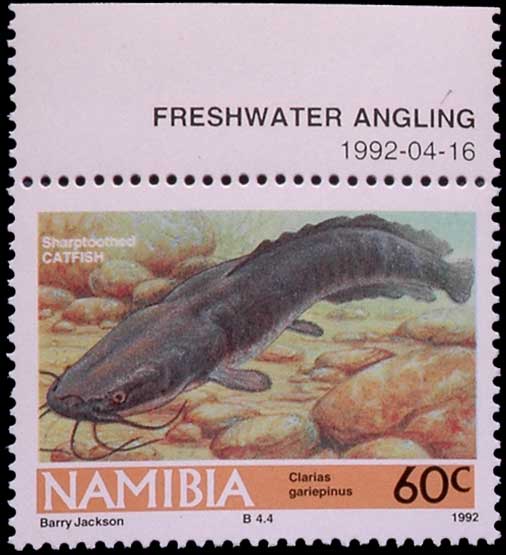 They can reach and a half meters long and about 50 kg.

It has a viscous skin without scales, it is dark in the dorsal and lateral parts of the body. Fish turn lighter in color when exposed to light. During stress they show a mosaic pattern of dark spots light.

The head is flattened and very ossified, skull bones (above and to the sides), forming a helmet. The length of the head is 30-35% of body length.

Around the mouth, 4 pairs of whiskers can be distinguished (nasal, jaw, the longest and most mobile, exterior and interior of the lower jaw). The magur can move the maxillary barbels regardless of their mouth. Chins serve as tentacles. Near the nasal barbels, two olfactory organs are . Magur recognizes its prey, mainly by touch and smell. This is important when feeding at night and very cloudy or muddy waters where visibility is less. 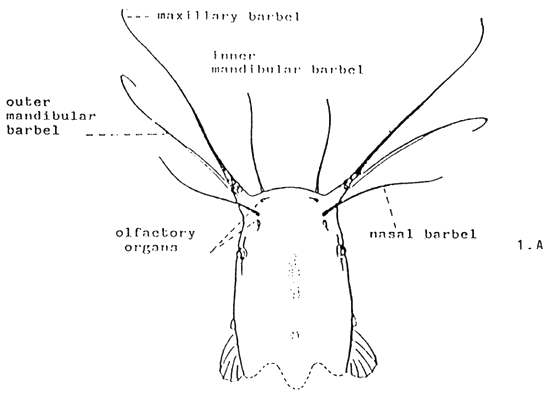 African magurs are able to feed on a wide variety of foods ranging from zooplankton to large fish. . They are able to suck the bottom benthos, tearing pieces of bodies with small teeth in its jaws and swallow the prey whole.

For the purposes of respiration, water is taken in the mouth, He passed over the gills to exchange gases and is expelled through the opening opercular. Especially when the dissolved oxygen content of the ambient water is depleted or if the fish out of the water, the air is periodically swallowed by mouth saliva, carried out through gas exchange arborescent bodies in the air chambers above the gills. The air is also ejected through the gill openings. Because of their ability to breathe out of water, the African magur is capable of existing in the sludge during the dry season, even for a few weeks. 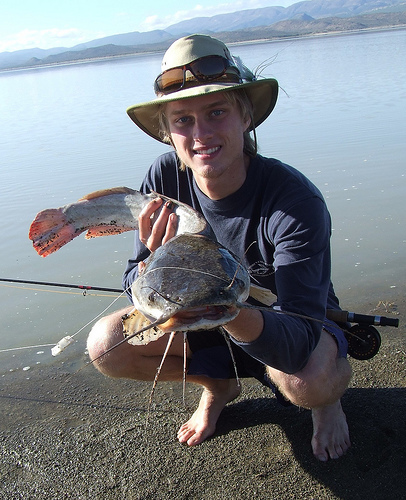 The water quality requirements of the African magur are not fully known. It is noteworthy, Nevertheless, The species can tolerate less favorable conditions than tents .

In the winter months (mid-December to mid-February), when the water temperature drops below 20 ° C appetite and growth of magur are reduced. 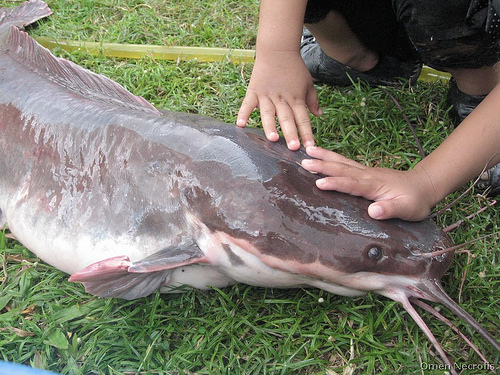 It is able to feed on invertebrates and small fish in the background during the day, and then climb up on the muddy shoreline at night to engulf the young birds, plants and, if it's lucky, a carcass of a rotten animal. Most are in quiet lakes, but they are sufficiently adaptable to cope with fast flowing rivers and. They live an average of eight years, and it has an odd feature: It has been known that emit loud sounds like squawking sounding a bit like a crow.