Color: plomizo back with irregular spots on the flanks and belly silvery.
Body: Robust somewhat compressed.
Head: previously depressed, its dorsal profile rises sharply from the occiput to the spine. Big Mouth. bony chin, reaches the end maxillary.
backbone: smaller than the head, leading edge with small denticles.
pectoral spine: less than the dorsal without denticles.
fins: anal, long, its origin is closer to the flow. The front extended slightly radios. caudal fin: slightly truncated.
Dimensions: until 55 cm.
Weight: until 2400 kg.
Macho: The above description refers to male.
Female: the shorter and equal spine that the pectoral. anal fin has no anterior lobe. Perfil predorsal es continuo. Chins weaker and much shorter.
Reproduction: spawns in the Uruguay and Parana rivers, between December and January.
Fishing: November to March in ambor rivers.
Geographical distribution: Middle and Lower Parana River. Middle and Lower Uruguay, River Plate. In addition Guayanas, Amazon, Peru, Río Grande Do Sul, Paraguay and Uruguay.
Fishing gear: It is the most important family ageneiosidae, for which the fishing system is common. The team is spinning medium and three line, two or float, depending on the area and depth. Backwaters are chosen and a hook that must be defended by flexible metal leaders coincide with their catch specimens of strong teeth like gold is launched, L'Trrira AOL Cflote. The key is the whole crappie bait, colocada viva o ensartada completamente, Tipped totally free hook. The depth varies from ganging 50 cm. Y 2 m. In areas of clear water, this remarkable and easily takes lures sport fish type ring or rolling spoons slow action, little. The pique is announced by some touches and a sustained run and violent. You should always be used in the floating line, flotalíneas, because the least resistance in False leaves the bait. The bottom line also gives results for this fish, gutters on the banks of the River Plate, no more than 2 m. of profundidas.

This issue of manduvá was taken in cabins “Nice view”, 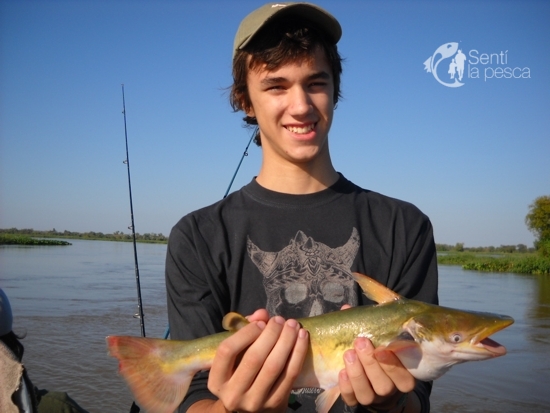 SPECIAL THANKS TO OUR PARTNER THAT BRINGS FRANCISCO ALONSO DOCUMENTATION OF SOUTH AMERICA OTHER FISH.