We prepare our rods and we started, fishing day began later than usual, It was 12,30 in the morning when the water fell reeds.

After shooting several scenes like the arrival of the boat to the post and interview some more, We began the day, until 3 in the afternoon there was no ground, to 3 minus five, the first chopped conditions, a fabulous recording and a spectacular specimen to delight the cameras and ourselves, a catfish of 2,22cm gave all their strength and cunning to get on TV, after another catfish we thought was smaller desclavo us in a struggle, I entered interview and interview a bite puts us alert, Jesus picks up his camera again and recording, this time a catfish smaller than last but certainly not negligible wanted to get on TV, end to 6 in the afternoon we picked up everything and gave concluded the report Catfish Fishing.

Report to be broadcast on Saturday 2 October at 3,15 Aragon evening television. 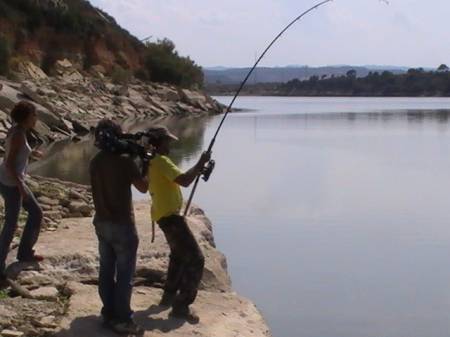 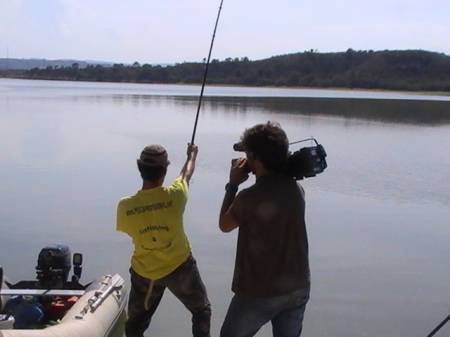